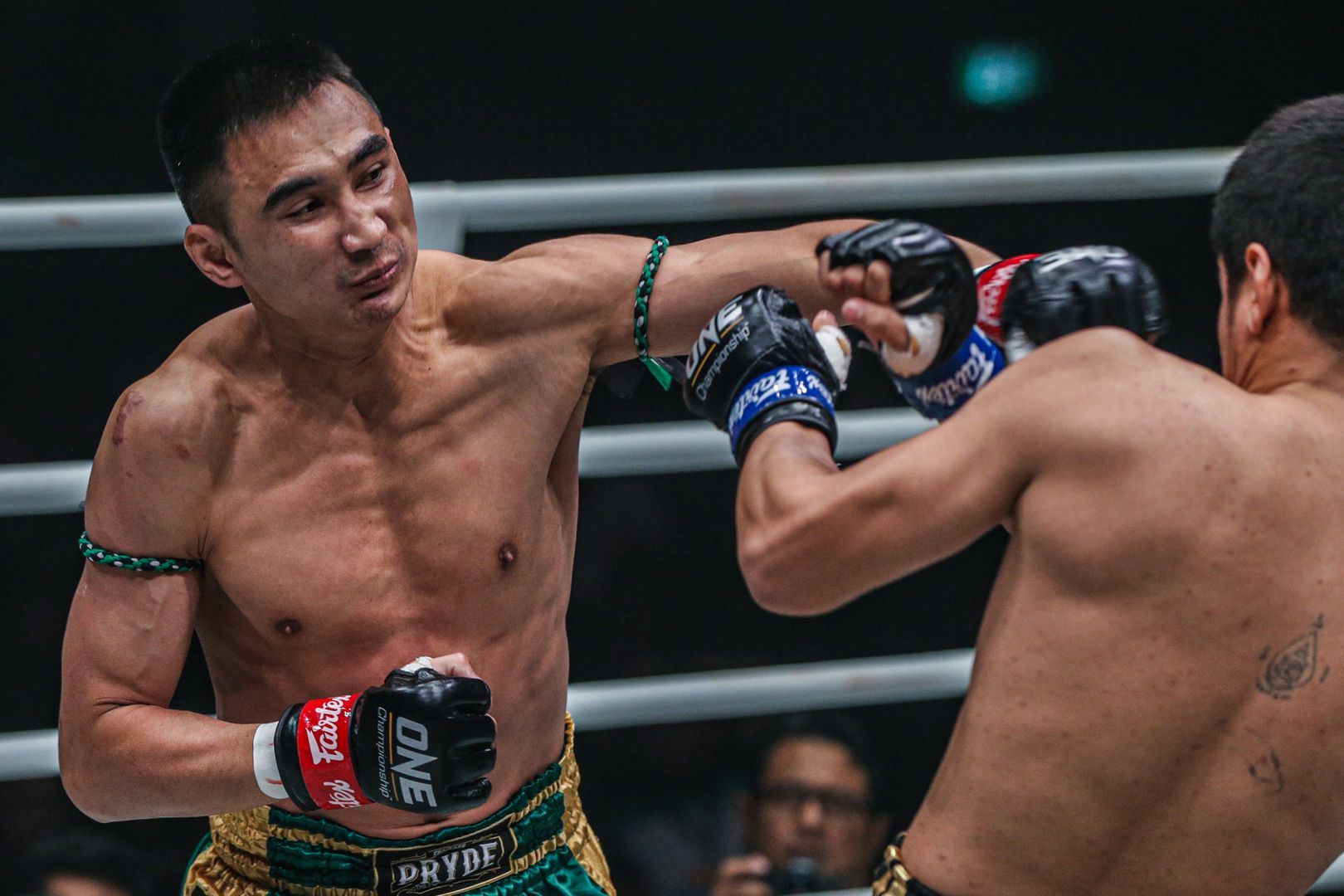 ONE Championship has delivered a lot of incredible action in the first six months of 2022, with a good portion of it coming from the promotion’s Muay Thai ranks.

Fans have been treated to countless jaw-dropping battles, upsets, and knockouts so far this year, making it a difficult task to choose the most enthralling moment.

The second half of 2022 promises to continue the trend of sensational bouts, with the Amazon Prime Video streaming deal ready to get underway. But before it kicks off, let’s sit back and reflect on some of the most amazing Muay Thai battles that have taken place on the global stage from January to now.

Here are the three top Muay Thai bouts from the first six months of 2022.

Muangthai jumped out in front early by knocking down his British rival twice in quick succession. It looked to be over early for Harrison until a quick recovery allowed him to gain the advantage against his overzealous opponent.

Harrison stunned the Thai star along the Circle Wall to score his first knockdown, which instantly changed the course of the match. Muangthai was unable to find his bearings from there, and Harrison’s accurate strikes helped him land two more knockdowns.

The stunning come-from-behind performance from “Hitman,” coupled with the five knockdowns in one round, lit up the Singapore Indoor Stadium and created a lasting memory for every martial arts fan.

Petchmorakot vs. Jimmy Vienot
Petchmorakot Petchyindee put his ONE featherweight Muay Thai World championship on the line at ONE 157 against promotional newcomer Jimmy Vienot, and the dominant divisional king was met with his most grueling matchup to date.

Vienot was in Petchmorakot’s face from the opening bell and troubled the champion early on. The back-and-forth affair gave those watching reason to believe there would be a new champion crowned. However, Petchmorakot began to fire back when he needed it the most.

In the fourth round, the Thai star scored a knockdown that changed the entire bout. After five rounds, he was able to eke out a split-decision win to retain his gold, but Vienot announced his presence on the global stage with a fantastic performance that put the champion – as well as the division – on notice.

After suffering a difficult start to his ONE tenure, “The Hurricane” began to find form, putting him on a collision course with the world champion that came to a head at ONE 157.

The two warriors battled in a compelling first round before Lasiri began to take control in the second frame. The onslaught continued in the third round, and it became clear that the Italian striker was the better man.

Before the championship rounds could begin, Prajanchai signaled from his stool that he couldn’t continue, and Lasiri was handed the gold he always believed he would get.