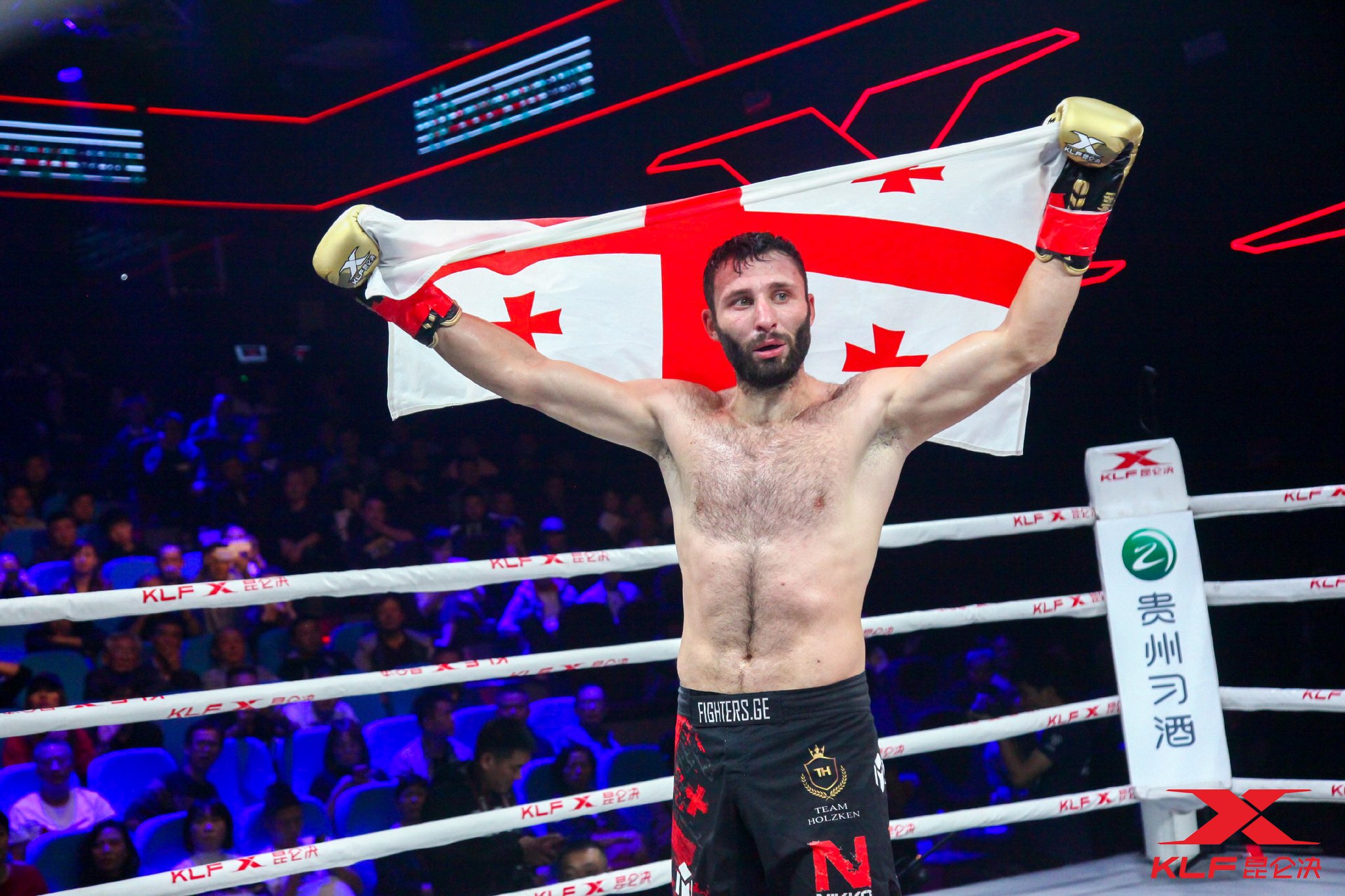 ONE 157’s Davit Kiria: Ready to Make a Surprise

Famous Georgian kickboxer Davit Kiria fights Mohammed Boutasaa at ONE 157 on Friday, May 20. He discussed his career Russian wars, his life path and ONE Championship career with Combat Press writer Ruslan Navshyrvanov.

Being GLORY Kickboxing and Kunlun Fight champion, Kiria can be considered as the one of the most titled kickboxers from Georgia. Now, he is fighting in ONE Championship, where he looks forward to get the chance for title shot, which will make him the only kickboxer who held champion belts in all three modern world kickboxing organizations.

RN: You started your sport career from Ashihara karate in Georgia. Can you tell the story how did you came to first karate training?

DK: In the beginning, when I was six, I was playing football for two years, which I didn’t like. But I wanted to be a sportsman. My neighbor Bacho was my coach, and I desired to start karate with him. That’s how I started to train Ashihara karate.

RN: Later you decided to move to Netherlands train in Golden Glory gym. How did you come to this decision and who supported you in it?

DK: When I became 17, I decided to choose martial arts as a profession. I started fighting in kickboxing, which I can say was a successful start at this time. After two years fighting inside in Georgia, we decided to go to the Netherlands to Sammy Schilt, because he also was coming from Ashihara karate. My coach Bacho contacted his coach Dave Jonkers, and that’s how we came to the biggest guys in the biggest fight team in the world.

RN: According to Wikipedia, in your five first professional fights, you got four losses. Where did you find motivation continue after your loss to Marco Pique?

DK: No, that’s not correct. I had good wins in Holland, Germany, Turkey. IF you watch the eight-man tournament, I won in 2007-2009 years. After that, I fought Marco Pique. It was a close fight. At that time he was well-known fighter with big experience. For me, it was still the beginning. I got good experience when I fought him.

RN: You became famous martial artist during your fights in GLORY. Your championship fight against Andy Ristie is one of the brightest performances in kickboxing history. Why did you finish your partnership with GLORY after the second fight against Sitthichai?

DK: Yes, it was a good fight. It made my name bigger in this fight sport. I’m proud of this performance and thankful to God for giving me the power. At this time, GORY was good organization, but still new with many problems. I decided to go to another big organization. To say shortly, I got a better offer. I changed the organization, and I’m confident with my decision. But, up until today, I’m proud that I had opportunity to fight for GLORY and became the champ.

RN: In January, you lost in the ONE Championship grand prix semifinal by decision. That was your third fight with Sitthichai. Do you want to face him again?

RN: You are well known for the “rolling thunder” kick. Have you ever knocked someone out with it?

DK: Yes I had spectacular knockouts, but more in karate. One’s in kickboxing. But, unfortunately, I don’t have a movie.

RN: You are fighting Mohammed Boutasaa in May 20. Did you prepare any surprises for him?

DK: I train a lot – still training. I always do my best in the preparation to perform good in a fight. I will do my best to make a surprise.

RN: In 2018, you fought Anatoly Moiseev in the Kunlun Fight tournament. He is well-known for his public support of [Russian President Vladimir] Putin. Did you have any special feelings for that fight?

DK: I know him personally. He is good guy. But when I fought him, it was around the start of August. Russia occupied Georgian territory on Aug. 8, 2008. Because of this, I dedicated my victory to the Georgian warriors who died in that war.

RN: In 1992, your country happened to be one of the first states who faced the aggression of the Russian Federation. Few people in the world know much about this war. You were a little kid those days, but your native city Zugdini was involved in this conflict. Can you tell us what you remember from then?

DK: I was four to five years old, but I remember everything. It was a terrible time – no light, no food, many nights of waiting. I remember how 23 people – our relatives – were living in my house for two years. They were refugees. It was a big damage for Georgia. We lost territories, but I believe, one nice day, we will get it back.

RN: Are there many Georgians who have tolerance for Russians?

RN: Many sport organizations have banned Russians from participating in competitions. Do you think that martial arts organizations should act the same?

DK: They are doing the same. For example, ONE Championship did.

RN: In February, you happened to be one of those foreign sportsmen who supported Ukraine from the very beginning of their war. What can you wish to those Georgians who are in Ukraine now – especially, to those who are fighting for our freedom here?

DK: Yes, of course I support Ukraine, and I will take in all charity activities which will happen in Georgia. I think it is our war also. Our future will be deduced together. I want to wish peace in the Ukraine and in the world. Actually, I want every warrior to come back home safe. It doesn’t matter if he is Georgian or Ukrainian. God bless everyone! God bless Ukraine! God bless Georgia!

ONE 157 takes place Friday, May 20, live from the Singapore Indoor Stadium. The event airs live on the ONE FC website starting at 5 a.m. ET.