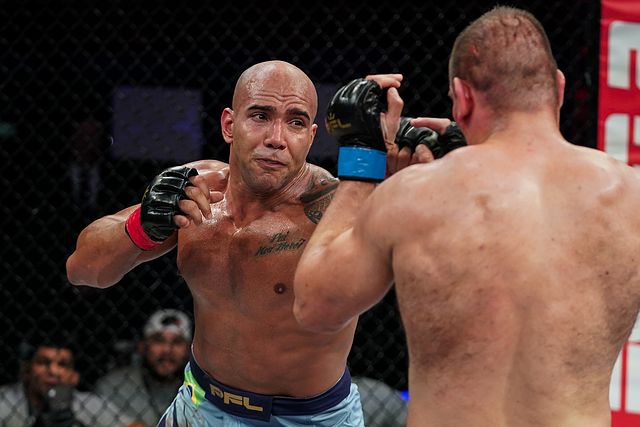 The show continues on its homes, ESPN+ and ESPN, and aims to give fighters the opportunity to compete for a world championship and a grand prize of $1 million. Here, we preview the season’s heavyweight field.

Last season, Bruno Cappolezza came out of nowhere to absolutely dominate the field to come out victorious in the 2021 PFL heavyweight season. With those impressive performances, he enters this season as the favorite. The Brazilian was a destroyer on the feet, winning three of his four PFL performances by impressive knockout over Ante Delija, Mo De’Reese and Jamelle Jones (Delija and Jones are part of this season as well). He then scored a second win over Delija to clinch the $1 million prize. He is definitely the guy to beat.

There is a good chance that Renan Ferreira could have won the PFL tournament last year, but he dropped out before the finals. Ferreira had an impressive run. Although it later became a no contest, he had initially beaten MMA legend Fabricio Werdum. He followed that with one-sided wins over Carl Seumanutafa and Stuart Austin, the latter of whom Ferreira destroyed quickly via knockout. He has to be considered a guy that will be a problem this season and his journey starts with the powerful Jamelle Jones.

At 8-5 and with not many notable names on his record, Sam Kei is the clear-cut longshot this season. The Tongan-Australian fighter is powerful and has one-punch knockout power, but is not a highly successful MMA fighter compared to the rest of the fighters in the field. He has a lot to prove. Kei has a very stiff test in front of him in the form of Denis Goltsov to start off the 2022 campaign.