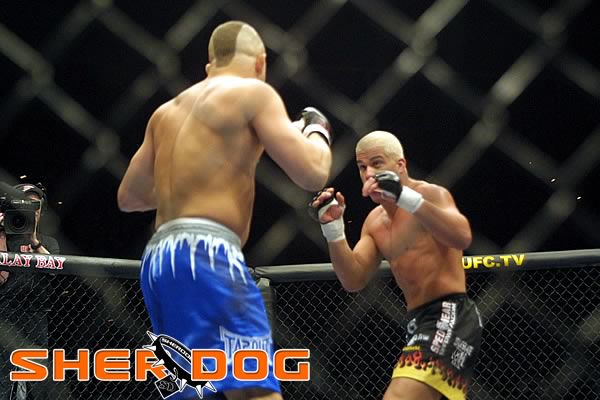 As the UFC started to gain popularity in the early 2000s, several fighters would become the vanguard faces of the industry. Of these, two of the largest were Tito Ortiz and Chuck Liddell. While both have since retired – going on to larger things like political campaigns and movie roles – they were once one of the most heated rivalries in the UFC. Unlike most rivalries that we have seen in the UFC, this one actually breaks from the Octagon and ends in a completely different promotion.

Today we’re looking at the careers of these two fighters and the rivalry they fostered between them during their heyday. If you’re interested in the modern UFC and in making money, you should check out some UFC odds.

The First Fight
We find the start of this rivalry all the way back at UFC 47, the 2004 event where Tito Ortiz first traded punches with Chuck Liddell. Both fighters had distinguished themselves throughout the late 1990s, so it was already an anticipated bout despite the two never fighting each other before.
Advertisement

Part of this was the very long negotiation process before the fight, lasting for over a year. Ortiz claimed that they made a pact to never fight each other while Liddell said there was no pact and called Ortiz a coward for dodging the bout. Ortiz stepped up, so the fight went ahead.

The first round was surprisingly tame as both fighters tested each other, getting a feel for the way they were fighting. It ended with a barrage by Liddell that ultimately failed, though he’d try again for the second round. When that round started, Liddell launched at Ortiz and knocked him out in just 38 seconds.
Ortiz alleged that Liddell’s thumb hit his eye, telling him he wanted his belt back one day. Blood was in the water, though they wouldn’t meet again for two years.

The Rematch
Then came 2006, at the UFC 63 weigh-ins, where Ortiz announced that he was fighting Chuck Liddell at the end of the year. Naturally, fans of both fighters were ecstatic as millions tuned into UFC 66.
The first round of their Dec. 30 bout started off mimicking their first fight, with Liddell waiting until late in the round to unleash a flurry of strikes. Despite knocking Ortiz down, Liddell failed to get a TKO there.

Instead, the second round saw Ortiz take Liddell down, though he seemed to get saved by the bell. They followed the same playbook for round three, Liddell coming out swinging while Ortiz attacked the legs for a takedown. Ortiz fumbled and Liddell mounted him, ending the fight by TKO and defending his light heavyweight title.

They won “Fight of the Night”, and Ortiz congratulated Liddell, which seemed to dispel the bad blood between them. What’s more, it was revealed that Liddell had a torn MCL the entire time.

The Failed Trilogy
There was supposed to be a third fight between Ortiz and Liddell in the UFC, but, sadly, it never came to fruition.

This started when Dana White announced that they still hated each other and would face off at UFC 115, a Jun. 2010 event. Some more pre-match drama was thrown into the mix when Ortiz discussed Liddell’s alcohol addiction, which he didn’t appreciate. Before this slight, Liddell didn’t think it was anything serious.
Unfortunately, Ortiz pulled from the fight to have neck fusion surgery. Liddell fought Rich Franklin instead, who knocked “The Iceman” out cold. Shortly after, Liddell announced his retirement.

The Golden Boy Rematch
So that’s the end, right? Wrong. Liddell would come back to fighting in 2018 for that third fight with Ortiz. This was part of Golden Boy Promotions, founded and named after the “Golden Boy” himself, Oscar De La Hoya.

This one-off event put the two fighters in a cage once more and, having lost both of their last meetings, Ortiz knocked Liddell out in the first round. Liddell still has bragging rights for two out of the three matches, which were also fought when they were at their prime. Still, it was great to see Ortiz and Liddell settle things at the sunset of their MMA careers and for Ortiz to get just one win.

Conclusion
That’s the story of Ortiz and Liddell’s rivalry within and without the UFC. With Liddell retiring again and Ortiz trying out a boxing career instead, where Anderson Silva beat him in 2021, the rivalry between these two fighters is over.
Advertisement