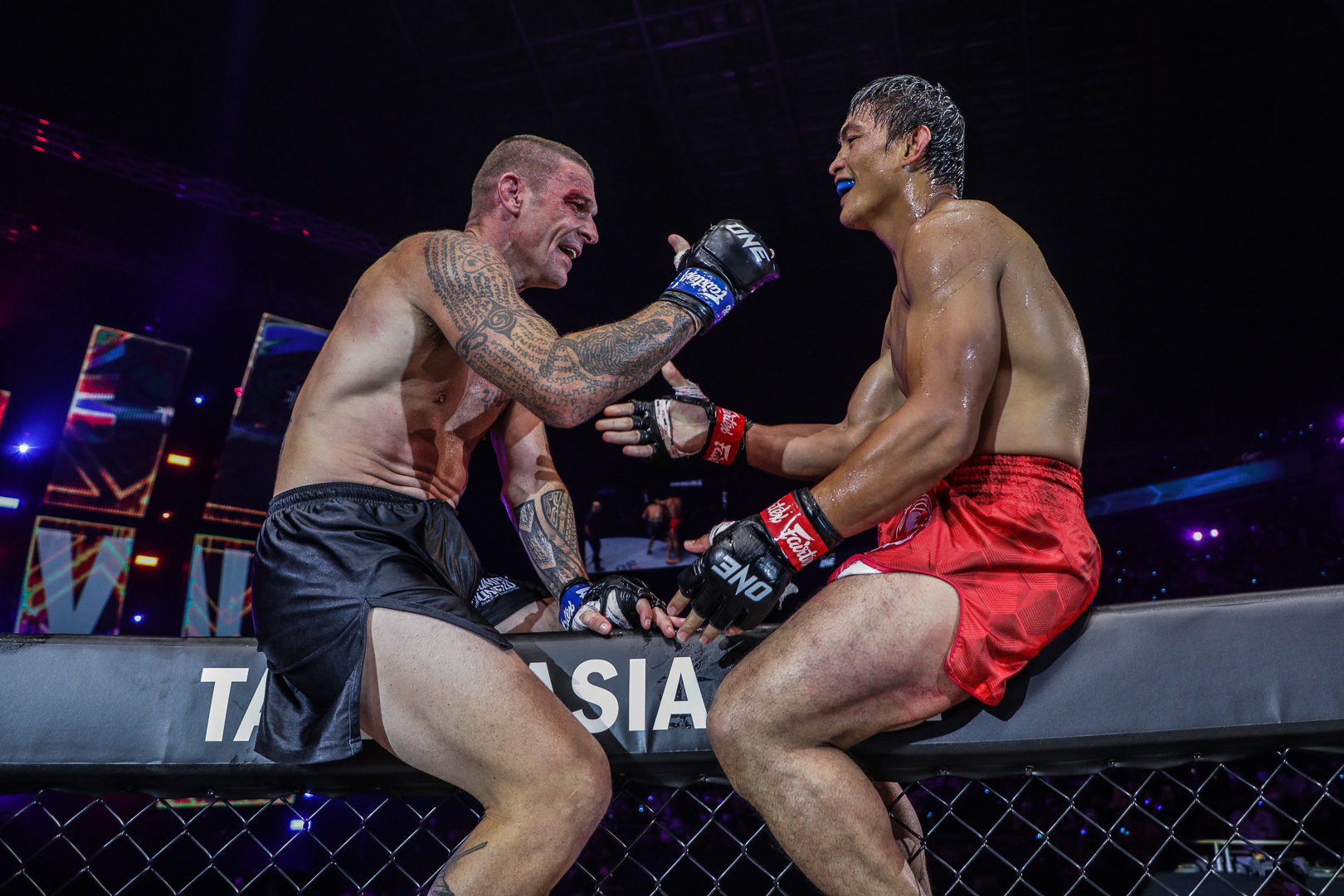 At ONE Championship’s tenth-anniversary event, ONE X, seven athletes took home a $50,000 performance bonus. But one was still up in the air, as fans had the chance to vote for who they thought deserved the final reward.

On Wednesday, the winner was announced. With nearly 42 percent of the overall vote, John Wayne Parr ended his illustrious career with a parting gift that will pad his bank account.

Parr joined Angela Lee, Yoshihiro Akiyama, Hiroki Akimoto, Tang Kai, Sinsamut Klinmee, Kang Ji Won, and Danielle Kelly as bonus winners from the sensational event. “The Gunslinger” was given the news in a video call, and he was emotional and deeply grateful in response. He thanked fans before dropping a hint on how the money would be used.

“That’s so cool,” said Parr. “Thank you so much, everybody. You don’t know how much it means. I think I just paid my house off.”

The 45-year-old veteran ended his career at ONE X in a ONE Super Series Muay Thai battle with former ONE lightweight MMA champion Eduard “Landslide” Folayang. The Wushu stylist defeated the living legend by unanimous decision, but Parr brought the excitement in the final round.

Although Landslide’s speed and power were displayed early, Parr’s undeniable warrior spirit brought him back into the action late in the match. He dug deep and began connecting with strikes that seemed to have his opponent reeling. The storybook didn’t end with a victory, but it was still a happy finish as fans celebrated the career of the stalwart Aussie.

The result of the fan vote shows the immense respect Parr has within the martial arts community following his remarkable three-decade career.