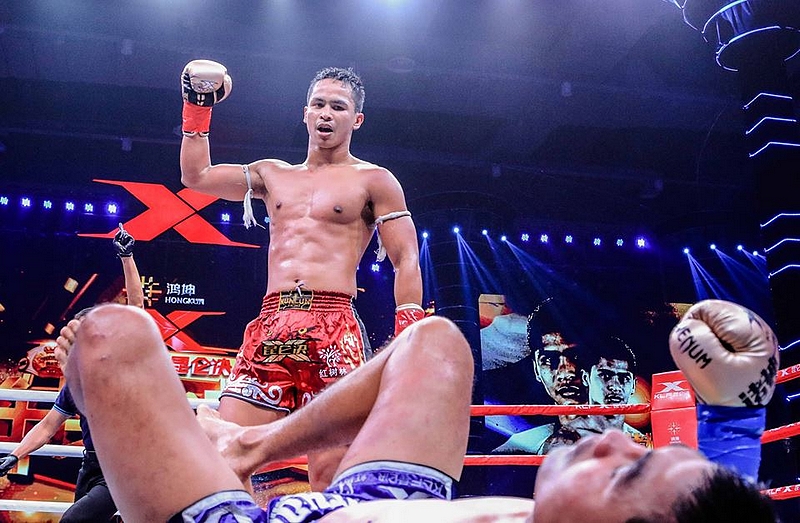 A Look at the Five Title Bouts of ONE Championship: X

It is hard to put into perspective just how stacked ONE Championship’s ten-year anniversary event, ONE X, truly is without mentioning every star participating up and down the card.

One way to establish the event’s importance, however, is to mention that there are five championship bouts scheduled on the bill. Three ONE Super Series straps are on the line, and two mixed martial arts title tilts top the card.

Let’s take a brief look into each of the five title bouts that fans will see when the year’s biggest event takes place on Saturday, Mar. 26.

Atomweight World Championship
The main event is easily the most talked about matchup on the card, and for good reason. ONE Women’s Atomweight Angela Lee’s return is highly anticipated, and former ONE Women’s atomweight kickboxing and Muay Thai world champion Stamp Fairtex lit up the ONE Circle in the ONE atomweight grand prix.

Stamp’s recent performances give this matchup new life and brings in justified questions about how much she can threaten Lee on the ground as well as the feet. And Lee’s time away leaves much to be discussed regarding how she’ll look in her return.

It can be broken down in many different ways, but the unknowns are what make this main event exceptional. Two exciting, young athletes who always go for a finish will collide at the end of one of the most exceptional martial arts events we’ve ever seen.

Flyweight World Championship
Adriano Moraes has long been an elite athlete, but when he defended the ONE flyweight championship in dominant fashion against Demetrious Johnson, he opened up the eyes of the entire combat sports world. Now, he faces the rising star of Yuya Wakamatsu, who has won five straight bouts since losing to Johnson back in 2019.

Wakamatsu learned a lot from his loss and has been one of the most exciting athletes in the division ever sense. Has that loss given him the ability to topple the champ? We’ll find out, but Moraes is not yet ready to end his reign. After finally validating his stature with a win over the greatest to ever do it, look for the Brazilian to try and reaffirm his status as the best in the world.

Featherweight Kickboxing Championship
The opening bout of the ONE X: Grand Finale portion of the event is an exceptional kickboxing affair and will be Superbon Singha Mawynn’s first ONE featherweight kickboxing title defense.

Marat Grigorian was pulled from the ONE featherweight kickboxing grand prix after testing positive for COVID-19, but he was already a top contender for the crown, so when he returned, a title shot just made sense.

Many believe Grigorian was already the best in the world, but Superbon’s staggering knockout over Giorgio Petrosyan spun the kickboxing world on its axis. At ONE X, we’ll get a true answer to the question of who is the best featherweight kickboxer on the planet – and that makes for a fantastic way to kick off the Grand Finale.

Bantamweight Muay Thai Championship
A living legend will close out ONE X: Part II when Nong-O Gaiyanghadao defends the ONE bantamweight Muay Thai championship against Felipe Lobo. The champion’s record speaks for itself, but Lobo is on a string of upsets that should give him the confidence he needs to go for the gold.

Lobo made his ONE debut against Yodpanomrung Jitmuangnon and took home a decision win. He followed that up with a surprise victory against Rodlek PK.Saenchai to earn his title shot. And he hasn’t been eking out these wins. The Brazilian has shown his technical ability and earned them.

If he can defeat Nong-O, it will be a career-defining performance and a shocking development in the bantamweight Muay Thai world. Will this finally be the end of Nong-O’s time as king, or will Lobo be just another victim to his brilliance?

Bantamweight Kickboxing World Championship
In the penultimate bout of ONE X: Part II, Capitan Petchyindee will welcome the challenge of Hiroki Akimoto for the ONE bantamweight kickboxing title.

Capitan has looked nothing short of invincible since joining ONE Super Series. His stunning six-second knockout debut was followed up by another crushing KO over Alaverdi Ramazanov to capture the gold. Eight months later, he defended it in a five-round showcase against Mehdi Zatout. So, can Akimoto touch him right now?

That’s the biggest question. The Japanese athlete is on a four-bout winning streak of his own, but the Thai star is looking peerless at the moment. It will be an amazing test for Akimoto, but it could also serve to make Capitan’s star shine even brighter if he can continue his dominance over a contender the likes of Akimoto.