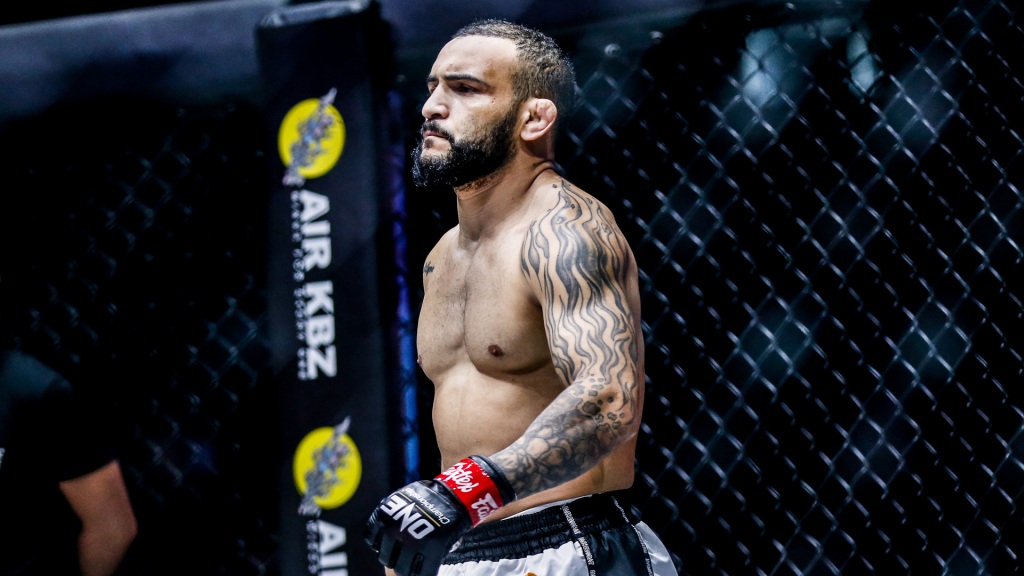 Fernandes-Lineker Moved to ONE Championship: Lights Out

Bibiano Fernandes was scheduled for his second title defense of his current ONE Championship bantamweight title in the main event at ONE Championship: Bad Blood on Feb. 11. However, the long-awaited bout against John Lineker was scrapped a few days before the event when Lineker tested positive for COVID.

Fernandes held the ONE bantamweight title for five years before losing it by split decision to Kevin Belingon in Nov. 2018. He won it back in March of the following year and had one title defense – his fourth fight with Belingon – in Oct. 2019. He has not fought since.

The longtime UFC vet Lineker joined ONE in Oct. 2019, and he is now riding a three-fight winning streak in the promotion’s patented Circle. He last fought in Apr. 2021 when he scored a first-round knockout of Troy Worthen.

Fernandes and Lineker were first scheduled to fight in early Dec. 2021 at ONE X, but the event was postponed due to COVID-19 restrictions. The event was then supposed to be held last week, before Lineker was removed from the card. On Monday, Feb. 14, MMA Fighting reported that the bout has been rescheduled for ONE Championship: Lights Out on Mar. 11.

ONE Championship: Lights Out will be headlined by a featherweight match-up between champion Thanh Le and jiu-jitsu ace Garry Tonon. The bantamweight battle between Fernandes and Lineker would surely serve as a co-main event.