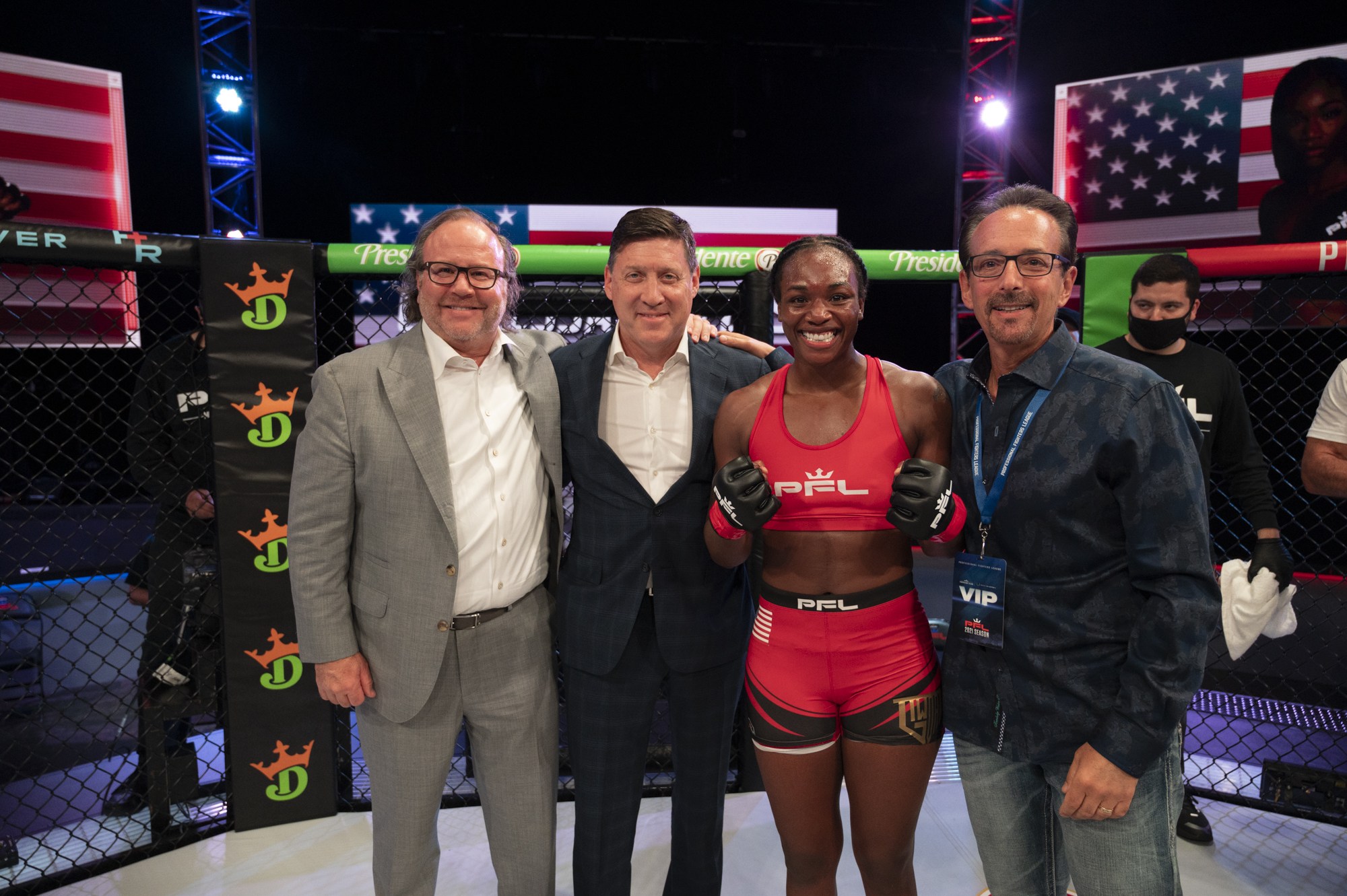 If there’s one thing that Professional Fighters League founder and chairman Donn Davis knows about, it’s steering a company to success, just look at his track record. His ultra-impressive resumé includes executive posts in big-time companies like AOL and Time Warner. He was also one of the driving forces behind Revolution, the company that helped properties like DraftKings, SportRadar, Scopely, and BigCommerce get off the ground. But, how has Davis helped build the fastest growing sports league in the world?

Indeed, the PFL boasts world-class mixed martial arts action brought to you by the best fighters in the world. What makes the PFL stand out from the rest however, is how innovative the league is.

On the surface level, the PFL is the only promotion in the world that presents the sport of MMA in a more relatable sports-style tournament that every sports fan can appreciate, but they’re also the only MMA league that guarantees a million-dollar purse for the tournament’s winners.

Indeed, the one-of-a-kind league format has helped the PFL separate themselves from the rest of the players in a highly aggressive MMA industry, but it doesn’t stop there.

Behind the guidance of Davis, the PFL has also utilized other steps towards innovation, the most notable being the league’s proprietary SmartCage technology. Through the PFL’s SmartCage, fans are given access to real-time statistics and analytics right as the fights happen, which makes for a game-changing viewing experience. This, in turn, opens the doors for gaming and betting opportunities and attracts a whole new type of sports fan.

“We provide fans all-access to fighters and to what’s going on inside the cage,” Davis explained. “We’ve given everything from a ref cam, where you can see knockouts from up close, to a corner cam, where you can hear in between rounds the strategy, to the SmartCage, where you see real-time analytics of strike speeds and heart rates of that fight.”

Behind the scenes, Davis’s fingerprints can be seen on the league’s all-star cast of investors, led by Ares Capital, Elysian Park Ventures, and Knighthead Capital, as well as celebrity investors such as global comedy icon Kevin Hart and producer Mark Burnett.

The PFL is coming off a memorable 2021 season, which saw the league hit a number of milestones and enjoy growth in numerous fronts including global reach and fanbase. In 2022, the league is looking to go even bigger.

2022 is shaping up to be the PFL’s biggest year yet, and with Davis’ touch, the league’s future is as bright as ever.