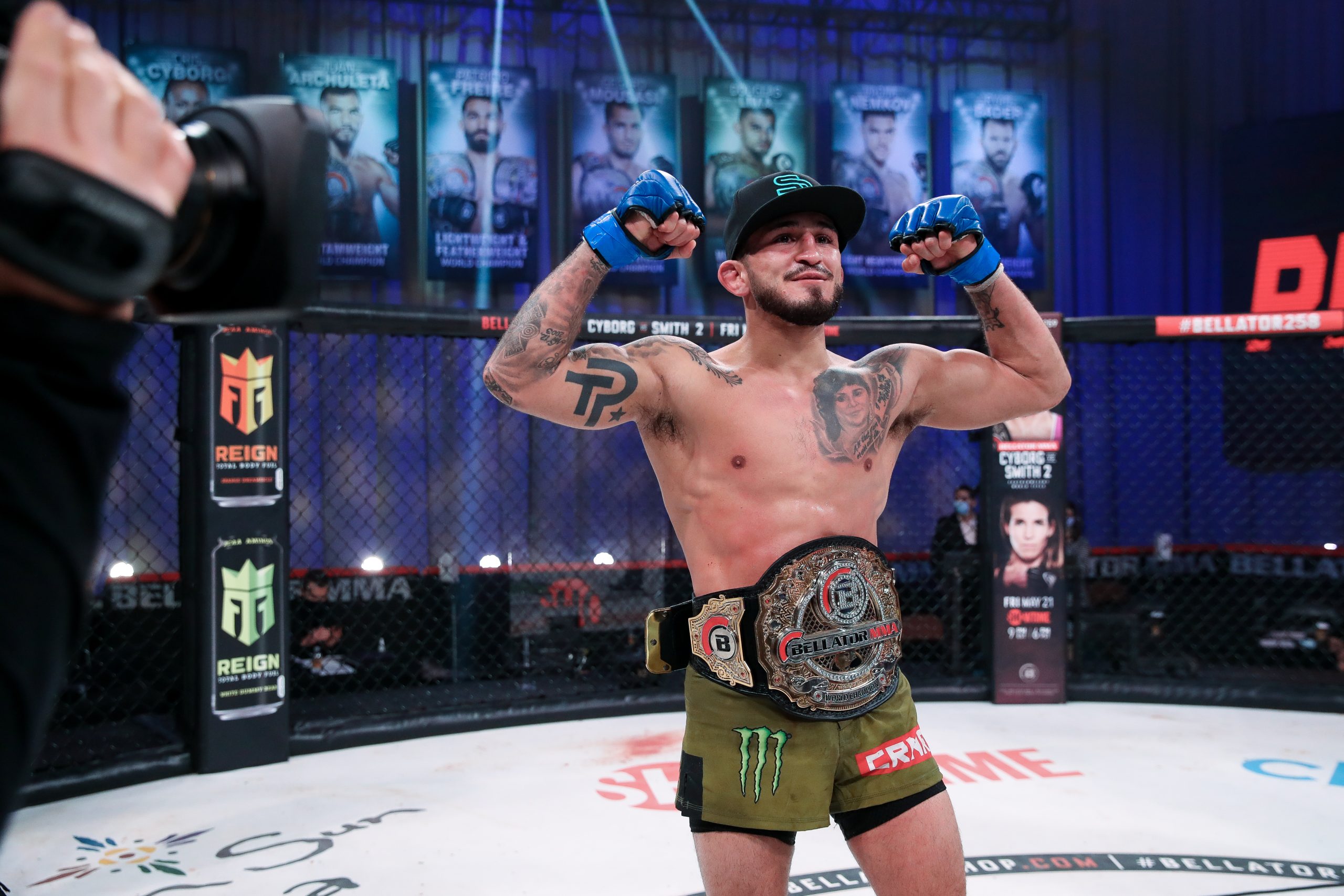 On Friday, Dec. 3, Bellator returns to Connecticut to continue a successful promotional year with some of the best prospects that the promotion has. Bellator 272 will feature ten fights leading up to the main event, which has the bantamweight title on the line.

In the main event, Sergio Pettis will defend his bantamweight championship for the first time. The challenger is none other than Kyoji Horiguchi, who returns from his RIZIN rivalry with Kai Asakura. Before going back to RIZIN, Horiguchi held the Bellator bantamweight strap. Both fighters have reasons to believe they are the true champion, but Friday will make it official.

Bellator 272 also displays some of the promotion’s new signings and top prospects. Former UFC fighters Spike Carlyle and Kai Kamaka III have found a new home with Bellator. The potential for their careers moving forward will be on display at the Mohegan Sun Arena.

Besides the new signings, Bellator will also showcase some of their homegrown prospects. Kyle Crutchmer and Johnny Eblen are two big-time prospects. Both fighters continue their journey to a Bellator title fight on Friday night. Other fighters to watch include Emmanuel Sanchez, Alexandr Shabliy, and Justin Montalvo.

The Bellator 272 preliminary card kicks off live on YouTube at 7 p.m. ET, followed by the main card on Showtime at 10 p.m. ET. Let’s take a look at the preview and predictions.

Since joining Bellator, Pettis has separated himself from his famous brother Anthony. By winning the bantamweight championship, Pettis showed that he has what it takes to be a world champion. Meanwhile, Horiguchi has been a superstar in RIZIN and a former champion in Bellator. Although both fighters tend to strike, their styles will be the biggest difference in this matchup.

The winner of this fight comes down to how well Pettis can handle Horiguchi’s pressure. Pettis tends to take a slower and more calculated approach, while Horiguchi uses his explosiveness and speed to overwhelm his opponents. Although Pettis destroyed Juan Archuleta to win the belt, Horiguchi is an awful matchup for him. Horiguchi should be able to overwhelm Pettis with his pressure and secure another Bellator title win.

Both featherweights in the co-main event are coming off of losses; which fighter rights the ship and gets his hand raised?

Emmanuel Sanchez and Jeremy Kennedy both lost to rising stars in their last outings. Both fighters have enough experience to know they need to get back in there and win. The name of the game will be distance, because of Sanchez’s need to create space for his unorthodox striking and Kennedy’s need to close the distance and grapple for success.

Training out of Roufusport, Sanchez uses his unorthodox striking to keep his opponents on their back feet. Combine that with his ability to adapt to unpredictable situations, and you get a fighter with the skills to beat most featherweights in the world.

On the contrary, Kennedy trains out of Xtreme Couture and finds his success while grappling. The problem is that we have seen him struggle to dominate on the ground, despite getting the win regardless. Sanchez’s ability to defend the takedown and pressure his opponent is worrying for a guy like Kennedy, who needs to be moving forward to initiate his takedown attempts.

Overall, Sanchez’s ability to keep the fight standing, and break down his opponent, should be the story in the Bellator 272 co-main event. Sanchez is only 31 years old and has a lot left in the tank to keep producing wins over fighters like Kennedy.

The sleeper match-up for Bellator 272 is the middleweight bout between Johnny Eblen and Collin Huckbody. In this fight, you get to see one of the best prospects in the world versus an up-and-coming prospect with potential to evolve. Both fighters are intriguing in their own right, but only one can come out victorious.

Eblen has been the latest successful project out of American Top Team. After wrestling at the University of Missouri, Eblen transitioned to MMA. Safe to say, he made the right decision, as he now holds a record of 9-0. Meanwhile, Huckbody is a scrappy fighter that won on Dana White’s Contender Series in 2020, and while he did earn a contract, he turned it down, because he felt he was not ready. As Huckbody continues to gain experience, he may feel ready soon.

This match-up is intriguing, because it could be the first time Eblen gets truly tested. In m ost of his fights, Eblen has dominated with his power and wrestling. On the contrary, Huckbody does a great job at weathering storms and sticking to his game plan. If Huckbody can weather the early storm, he may put Eblen in positions he has not dealt with yet. If Eblen dominates Huckbody, then you don’t want to miss his latest performance on the way to becoming a world champion.