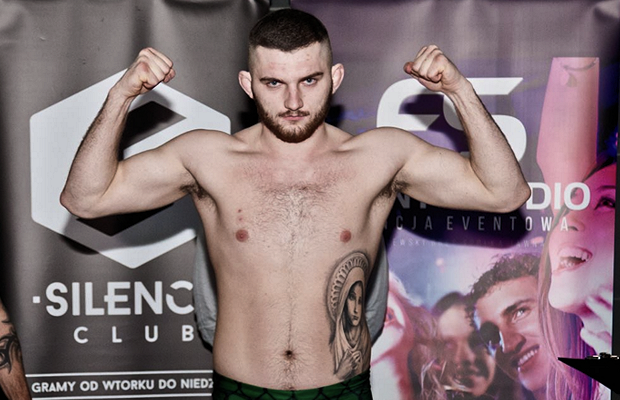 One to Watch: UFC 260’s Modestas Bukauskas vs. Michał Oleksiejczuk

The UFC’s light-heavyweight division has recently made a resurgence. It is also the premier division for Central and Eastern European talent. UFC 260 features two fighters who’d love to join the mix. Dangerous finishers Modestas Bukauskas and Michał Oleksiejczuk are set to engage in a prelim fight that is likely to be a hotly contested affair.

Bukauskas joined the UFC in 2020 as the defending Cage Warriors 205-pound champion. He rode a six-fight winning streak into the Octagon before making his promotional debut in July against Andreas Michailidis at UFC Fight Night: Kattar vs. Ige.

After a close first round, Michailidis had Bukauskas tied up against the fence. Bukauskas unleashed several legal elbows to his opponent’s head. As the round ended, Michailidis remained on his knees for several seconds. When Michailidis was instructed to stand up, he fell out of the door of the open Octagon. The referee waved off the fight and awarded Bukauskas a bizarre first UFC finish.

In his most recent appearance, Bukauskas lost to rising contender Jimmy Crute. It was a risky fight to take, but Bukauskas showed the fighting spirit that had earned him the nickname “The Baltic Gladiator.”

Bukauskas is an efficient striker who throws a variety of kicks from distance. Moreover, he has heavy ground-and-pound from the top position. He is able to finish on both the feet and the mat.

Oleksiejczuk has been in the UFC since 2017. He won his debut with a decision over Khalil Rountree at UFC 219. However, this win was overturned due to a positive USADA drug test.

After returning from his subsequent suspension, Oleksiejczuk rebounded with first-round knockouts of Gian Villante and Gadzhimurad Antigulov. He finished these fights in a combined time of 138 seconds. Unfortunately, his fortunes turned. Oleksiejczuk hasn’t won since 2019. He has suffered back-to-back losses to Jimmy Crute and Ovince Saint Preux.

Oleksiejczuk is a powerful striker with good boxing and devastating knockout power. He needs to bounce back with a big win here. With his skill set, he is capable of winning the fight with one shot.

The light-heavyweight division is currently stacked with European talent. Poland’s Jan Błachowicz is the champion, and Aleksandar Rakić, Jiri Procházka and Magomed Ankalaev are all in the mix. Bukauskas and Oleksiejczuk seek to cement themselves in this division as well, and it all starts with a win on Saturday night.

The stakes are high in this match-up. Both men are coming off setbacks, and the loser could exit the company. Meanwhile, the winner is in for a big opportunity with the organization. These repercussions to the contest, plus the combined 84 percent finishing rate and 18 knockouts between Bukauskas and Oleksiejczuk, makes this a fight that is definitely one to watch.