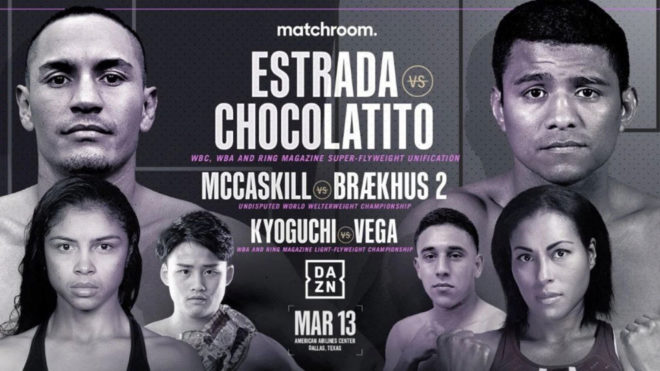 In the night’s headliner, Juan Francisco Estrada and Roman “Chocolatito” Gonzalez met for a second time. The pair met eight years ago with Chocolatito getting the better of Estrada. This time, the pair met to unify the WBC, WBA and Ring Magazine super flyweight belts.

The co-main was also a rematch as undisputed welterweight champion Jessica McCaskill faced Cecilia Braekhus, whom she defeated to win the belts.