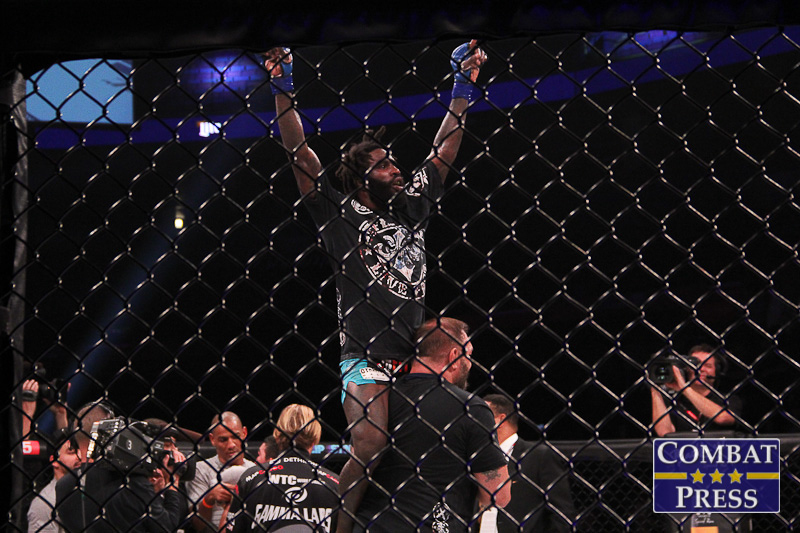 Matt Quiggins February 1, 2021
Editor's Note
This podcast was recorded and published prior to any knowledge of the accusations and charges filed against Daniel Straus. Combat Press in no way condones the actions of the guest and encourages anyone who is a victim of domestic violence to visit the National Domestic Violence Hotline website or call 1-800-799-SAFE (7233).

The Quiggin’ Out MMA Podcast is here with episode 27 amd features former two-time Bellator featherweight champion Daniel Straus. Straus and Matt go down memory lane to talk about the insane number of fights he had in his first year as an MMA fighter, the only time he had a bad weight cut and what he has been up to since fans last saw him. They also discuss his need for fame, his plan for the future, and the lingering medical issues that are keeping him outside of getting to do what he loves so much.

Don’t forget to head over to EpicJitsTees.com and pick up a Quiggin’ Out MMA Podcast shirt or any of the amazing designs available. A special shout out to La Barba Cubano for supplying some amazing beard oil, Fat Boy Jiu-Jitsu for the incredible Combat Night shirt, and Bertsos Bakeshop for making some delicious treats.

As always, feel free to comment below or send feedback about the show to @QuigginsMMA, or @CombatPress on Twitter. The video is also available here.