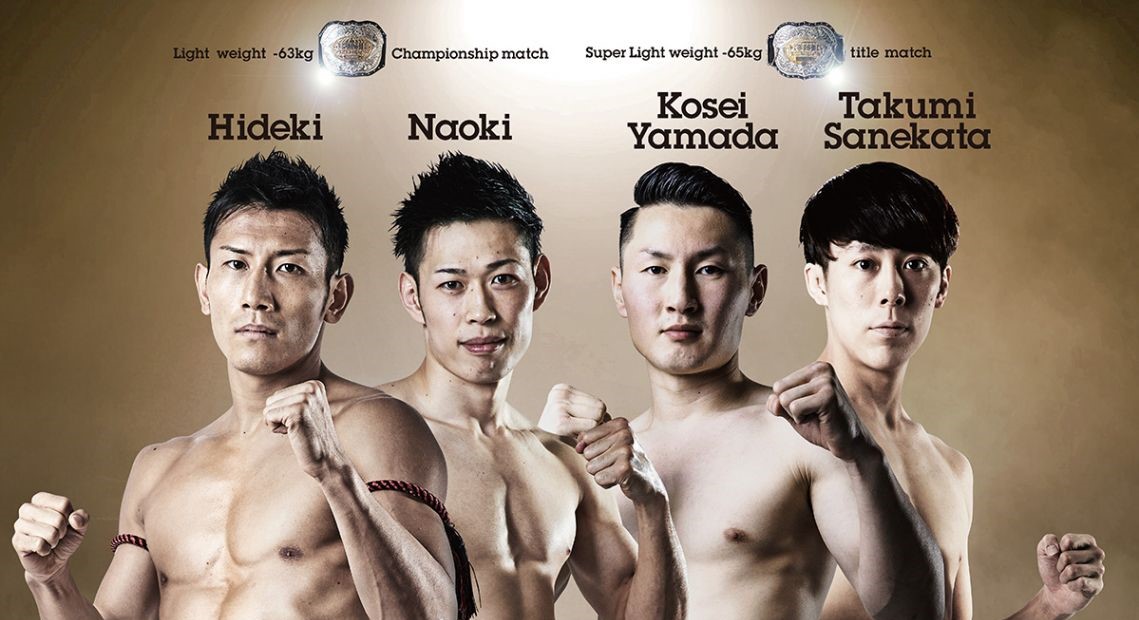 In the night’s main event, the promotion’s 63-kilogram title was on the line as champion Hideki Sasaki met challenger Naoki Tanaka.

Gold was also on the line in the co-main event as Kosei Yamada and Takumi Sanekata faced off for the 65-kilogram belt.