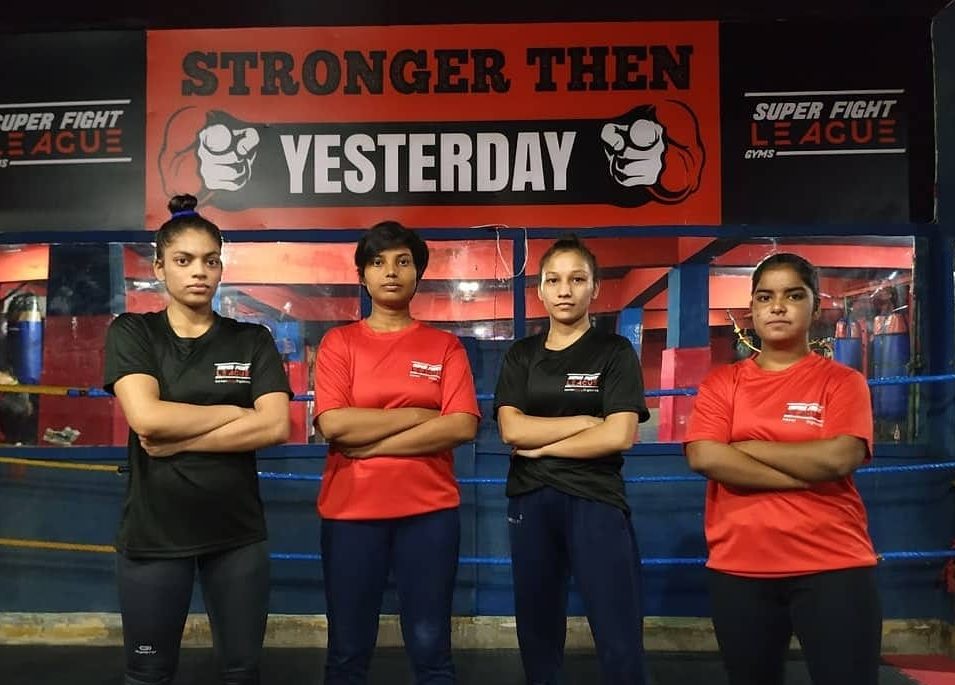 Out of Obscurity: Soul of Warriors 2 and Valor Fighting Challenge 77

The holiday season often leads to a very thin docket of fights, but this gives us a chance to look at a fighter like India’s Priya Saini. Her nickname is “Unbeatable,” which has thus far proven to be true. The rising star returns at Soul of Warriors 2, where she’s set to meet Monika Kiran Ghag in the evening’s co-headliner.

The 19-year-old Saini debuted in early 2019 and has topped all four of her pro opponents. Her first three fights ended in TKO finishes, including a 10-second victory in her first encounter with Ghag. Saini added a submission in just 23 seconds against Anuja Singh in her most recent appearance, which came under the Hero MMA banner in October.

Ghag’s devastating loss to Saini came in her September 2019 pro debut. She has since redeemed herself with a pair of victories. In March’s Soul of Warriors 1 show, she needed exactly two minutes to lock in a guillotine choke and submit Aodalin Merwein. She returned to action in late October with the Hero MMA organization and added a TKO finish of Anwitha Alva.

It would be nearly impossible for Ghag to do worse than she did in her first fight with Saini. The “Unbeatable” one landed a head kick and followed up with ground-and-pound shots to quickly dispatch Ghag. This second meeting comes after Ghag added two victories to her mark, but both wins came against rookie fighters. Yet, Ghag looked far more comfortable in those fights than she did in her pro debut opposite Saini.

Saini has feasted on the competition in her homeland, but that could speak more to the level of opposition she’s seen thus far. The confident teenager makes up for her lack of technique with an aggressive offensive game that is overwhelming for her inexperienced foes. She swings freely and wildly, and she effectively mixes kicks into her repertoire. However, she also keeps her hands low and rushes in, which should leave her open to counters. Her opponents haven’t had the striking skills to take advantage of this flaw in her game, though. Saini switches stances frequently and rarely stays in one place for long. This active approach can cause her to gas, but it hasn’t cost her yet at the pro level.

Ghag’s confidence has seemingly increased tenfold since her debut against Saini. In that fight, Ghag maintained a very awkward and upright stance. She marched toward Saini and ate a head kick that put her on the mat. In her subsequent fights, Ghag’s stance has relaxed. She’s also discovered her ability to close distance and take down her opponent. If she can implement these improving skills against Saini, Ghag would make this a far more grueling fight than the first encounter.

Saini doesn’t seem to have knockout power. Instead, she’s either been able to get the win with volume, as she did against her first two opponents, or benefit from a quick stoppage, which was the case against Ghag. Oddly, Saini’s most unexpected result, a submission, was the one where she looked the most polished. Ghag, however, is far superior overall on the mat.

This should be a more competitive fight than the pair’s first encounter. Ghag has to be careful not to get caught again. If she can do so, she might have enough time to drag Saini to the mat and prove that the youngster is indeed beatable after all if hit with enough ground-and-pound strikes.

Another undefeated upstart gets a chance to shine this weekend when Valor Fighting Challenge returns for its 77th show. Lightweight Nathen Arriaga is perfect through three pro appearances, and he’ll try to keep that streak going when he clashes with Logan Neal.

The 29-year-old Arriaga went 8-2 as an amateur. Five of those eight victories, including one under the Legacy Fighting Alliance banner, came via stoppage. “King Cong” made his pro debut in February 2020 with a first-round finish of Anthony Tisdale. Arriaga added two more wins in the months that followed. Both additional victories came by way of first-round finishes.

Neal also had an extensive amateur campaign, which resulted in a 7-4 record. The 27-year-old turned pro in late 2019 and notched a first-round submission victory over Paul Teague at Valor’s 66th show. Neal went on to appear at Bellator 249 in October, but he was the victim of a first-round kimura courtesy of Aviv Gozali.

Neal has a stronger strength of schedule at the pro level — Gozali was 4-0 and Teague was 1-0 — than Arriaga, who has seen two foes with 3-12 marks and one 0-1 opponent. That said, Arriaga’s history as an amateur is enough to suggest that he might be just a little better than his upcoming opponent. Furthermore, it’s Arriaga’s tendency to submit opponents that should make him the favorite here.

Neal is actually the fighter who prefers a grappling match. He’s very comfortable on his back, where he’s caught ammy opponents with triangle chokes. He took the Gozali fight on just eight days’ notice and was steamrolled by the young prospect. This fight is a far better match-up for him.

Neal does have a chance here, but he’ll have to catch Arriaga in a mistake on the ground. Arriaga is likely to avoid getting in such a predicament in the first place. He’ll choose to let Neal up rather than work from the top position unless he hurts Neal severely. Arriaga will instead opt to stand with Neal and outpoint the Bellator veteran through three rounds.

While he was not able to find the predicted submission, Vémola was indeed a brutal opponent for Lohoré. Vémola dominated his opponent en route to a clear victory on the scorecards…there were no “Best of the Rest” selections in last week’s preview.