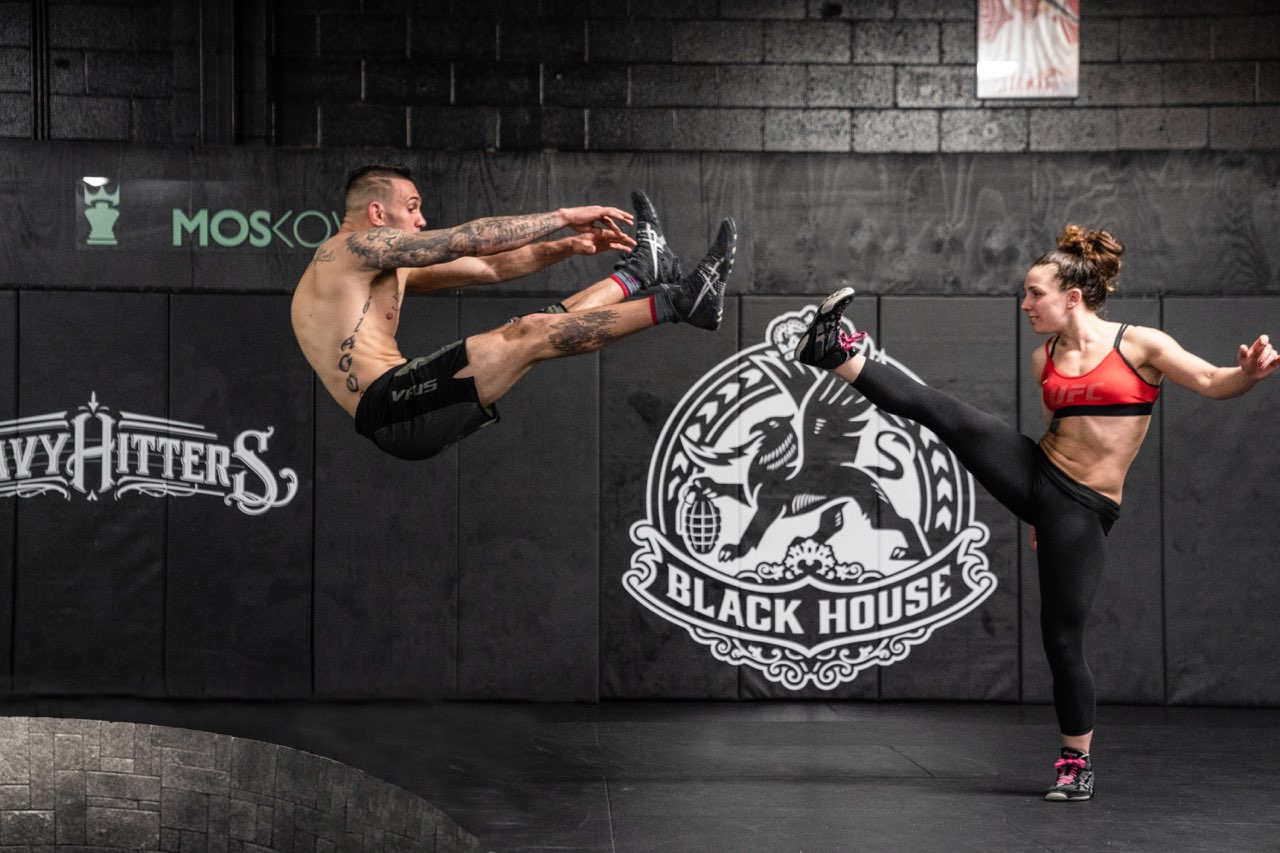 Women’s MMA fans usually turn to Invicta Fighting Championships for a glimpse at new rising prospects, but the Legacy Fighting Alliance has managed to get in on the action too. At its 85th show, undefeated up-and-comer Sam Hughes clashes with Vanessa Demopoulos for the vacant strawweight crown.

The 28-year-old Hughes, who trains out of Catalyst MMA, actually had a rather rough amateur run. “Sampage” has fared far better at the pro level, but three of her victories have come against rookie opponents. In her LFA debut, she decisioned Lisa Mauldin, who entered their fight with a 3-1 mark. Her prior three wins were all stoppages, including two via submission.

Demopoulos, 31, has only one more pro fight than her upcoming foe, but she has seen far tougher competition. The “Lil Monster” went 6-1 at the amateur level, but her lone setback came against current UFC flyweight contender Katlyn Chookagian. The Black House MMA fighter has spent most of her pro campaign with the LFA, where she has faced the likes of Itzel Esquivel and the previously undefeated Loveth Young. Only Esquivel has been able to top Demopoulos as a pro.

Hughes has excelled at this level, but there are some red flags on her resume. Twice during her amateur tenure, she was unable to secure a win over sub-.500 opponent Lupita Godinez. Her pro resume also lacks many true tests. However, things have clicked for Hughes as a pro. She looked impressive in her fight with Mauldin, even earning comparisons to Barb Honchak from commentator Pat Miletich. She flashed a strong striking arsenal and effective takedowns.

Demopoulos will give up a couple of inches in reach and roughly four inches in height, but her edge in experience could be a more valuable asset against Hughes. In her fight with the aforementioned Young, Demopoulos at times struggled with range, with her punches whiffing by inches. However, she was able to make adjustments in the second and third rounds. She opted to close the distance and even pull guard, sacrificing position temporarily to gain an eventual advantage. Demopoulos demonstrated excellent skills on the mat in that fight, reversing Young and gaining mount more than once. She has a strong ground-and-pound game and can avoid getting bucked off or swept. She also loves to attack her opponent’s arm.

The outcome of this fight could depend heavily on the game plan of Hughes and her team. If she stays at range and stands with Demopoulos, Hughes could gain the upper hand and remain undefeated. However, despite her success in this area against Mauldin, Hughes still took opportunities to press forward and shoot for takedowns. Demopoulos would welcome this forward movement, even if it means pulling guard. Demopoulos has the more diverse grappling skills of these two ladies and could turn a Hughes takedown into an armbar submission or sweep Hughes and control the fight from mount.

This will certainly be an interesting and close scrap, but Demopoulos should edge Hughes on the scorecards and take home the strawweight crown.

M-1 Global has teamed with World Kings Glory to bring Russia the “MMA Series.” The 10th edition of this series is heavy on prospects, including undefeated welterweight upstarts Mikhail Doroshenko and Magomed Magomedov.

With five wins under his belt, Doroshenko is the more accomplished pro. The 27-year-old debuted in 2018 with a first-round knockout of Kiril Novikov and has not slowed down since. The Alexander Shlemenko disciple from Storm Fight Team has notched finishes in all but one of his fights. His one contest to see the scorecards came against Dzhabrail Indarbaev, who had the highest winning percentage of any of Doroshenko’s pro opponents. The “Bulldozer” is a Master of Sport in MMA.

Magomedov enters this affair with only three professional outings on his resume. The 29-year-old has taken his time building this record, too. He made his pro debut in 2015, but his second fight didn’t take place until 2017 and his third bout until 2019. He’s a Master of Sport in combat sambo and a Russian national champion in Kempo.

These two men are still in the early stages of their careers, but Magomedov’s lack of activity over the years is a concern. Doroshenko’s training with a talented and successful team, and his finishing rate is far superior to that of Magomedov, whose last stoppage came in his 2015 debut.

Doroshenko is a knockout artist, and he should be able to finish Magomedov in this fight and continue his rise through the Russian ranks.

M-1 Global is not the only major MMA organization to run a co-promotion this weekend. The Brave Combat Federation is set to deliver its 35th offering on Monday in conjunction with Romania’s Real Xtreme Fighting. The headliner for the show is a middleweight showdown between Mohammad Fakhreddine and Enrico Cortese that could decide the next challenger to the league’s current champion, Daniel Souza.

Fakhreddine is by far the more experienced fighter in this pairing. The Lebanese fighter made his pro debut in 2012 and surged out to an 8-1 start under the Desert Force banner before joining Brave CF and adding another two wins. He hit a rough patch in late 2017 when his rivalry with Tahar Hadbi resulted in a draw and a loss, which was then followed by another defeat, this time at the hands of Gadzhimusa Gadzhiev. The 35-year-old rebounded with a three-fight winning streak, but it came to a halt in his most recent outing when he was knocked out in the first round by Azamat Murzakanov. Overall, the Fortis MMA fighter has 10 finishes via knockout, but a majority of his losses have also come via knockout.

Cortese’s record might not catch your attention, but the 22-year-old is just getting started. He made his debut in 2015, but only managed a 1-2 start with one no-contest. After a number of fights fell through for him from 2017 through 2018, he returned to action in 2019 and logged five victories. Only one of those five fights went the distance, while two ended in knockout and two concluded with a submission for the Italian prospect.

As impressive as Cortese’s streak looks at first glance, “The Killing Machine” was only tasked with rookies and fighters with losing marks until he met Jorick Montagnac, a 1-0 upstart. This puts those five foes at a combined 1-8 heading into their fights with the 22-year-old. This makes Fakhreddine a tremendous leap in competition for Cortese.

Fakhreddine was set to challenge for the Brave CF welterweight title before illness set in and forced him out of the fight. While he has struggled at times, he’s also fought far more seasoned competition in his career. He even stopped Kleber Silva, a 27-fight veteran, with strikes when the two collided in November. Fakhreddine is an experienced and capable fighter who should be able to handle someone of Cortese’s skill level. Fakhreddine will find the knockout in this one.