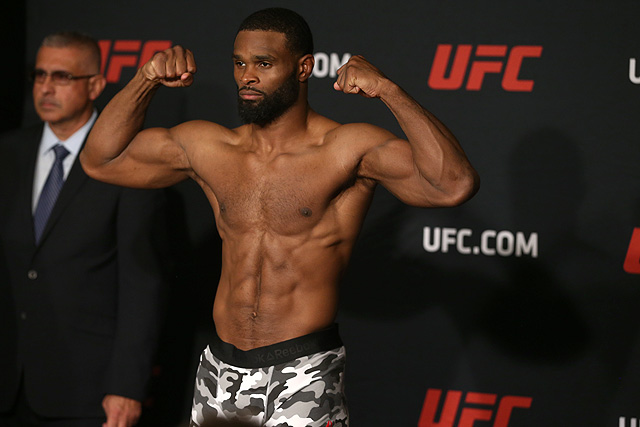 On Saturday, May 30, the UFC will touch down at the UFC APEX in Las Vegas for its ninth broadcast on ESPN.

In the night’s main event, former welterweight champion Tyron Woodley returns to the Octagon to square off with red-hot Brazilian Gilbert Burns. Woodley has been out of action since dropping his belt to current champion Kamaru Usman last March. The Missouri native had held the belt for nearly three years prior to the defeat. Burns, meanwhile, enters the cage having won five straight and seven of his last eight. He most recently dispatched of two-time title challenger Demian Maia in March.

The event kicks off with six fights airing live on ESPN at 6 p.m. ET. The five-fight main card follows at 9 p.m. ET, also on ESPN.

The fighters hit the scales on Friday, May 29.

* – Weaver missed the lightweight limit of 156 pounds and was fined a portion of his fight purse.