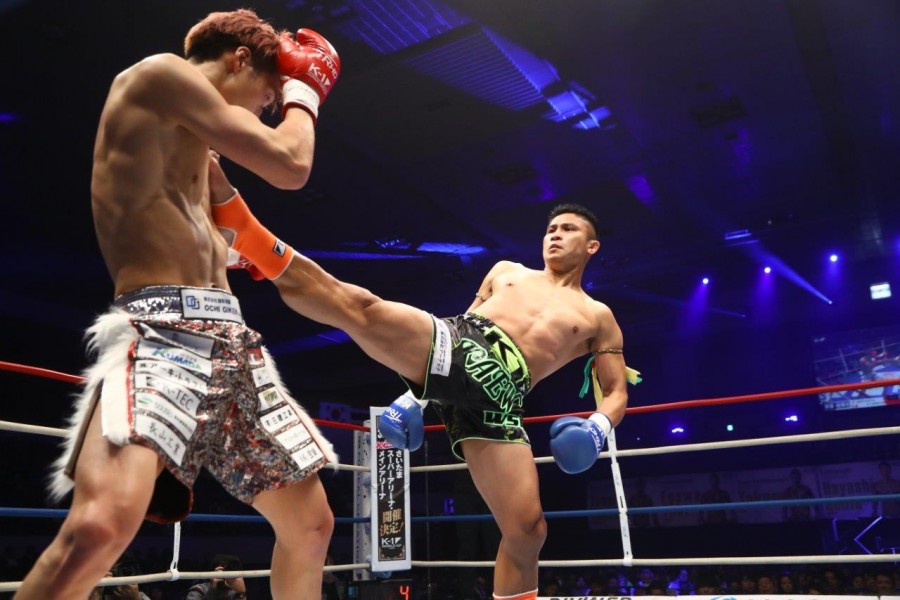 Robbery of the Year – Kaew Weerasakreck vs. Rukiya Anpo

Kickboxing, like all combat sports, is known for its officiating or lack there of. Over the years, the “Robbery of the Year” award has put a spotlight on absolutely abysmal judging, whether it was due to nationalistic hometown decisions like Yi Long’s victory over Buakaw or pure negligence by the athletic commission, as was the case when Jady Menezes defeated the world’s best female fighter in a bout where she won zero rounds. Unfortunately, this year’s winner — or, more appropriately, loser — has now been “honored” with this award two of the last three years.

Former top-ranked 65-kilogram kickboxer and K-1 champion Kaew Weerasakreck was victim to hometown scoring on a few occasions during his time with Japan’s K-1 organization. In 2017, he lost his K-1 super lightweight belt against one of the best fighters in the division, Masaaki Noiri. However, the consensus among media and fans alike was that the decision should have been awarded to the champion, following the third round and the inexplicable extension round.

In late 2018, Kaew regained his super lightweight title when he defeated Tetsuya Yamato, Yasuomi Soda and Daizo Sasaki in a one-night, 65-kilogram championship tournament after the title was relinquished when Noiri moved up to welterweight. However, in the words of Karl Marx, history repeats itself, first as tragedy, second as farce. In 2019, history repeated itself not once, but twice.

To kick off his 2019 campaign, Kaew was scheduled to take on the high-flying highlight-reel finisher Rukiya Anpo in his first title defense. The fighters put on a show for the fans in their back-and-forth contest, but the fight was scored a majority draw after three rounds. One judge awarded Kaew the contest, but the other two judges scored it a draw. One judge gave each round a 10-10 score, which is not uncommon in Japan and especially K-1, but was completely unwarranted in this bout. Kaew was clearly ahead in the extension round before the final four seconds of the contest, when the referee blatantly robbed him of a victory when he handed the Thai fighter a yellow card. This essentially gave Rukiya an automatic 10-8 judgment to take the championship from the now former two-time titleholder.

If one terrible decision wasn’t enough, the rematch featured a second horrendous ruling that kept the super lightweight title on Japanese soil in a night of robberies and controversial nationalistic judging. Just as in their first meeting earlier in the year, Kaew was the clear winner following three rounds. However, once again the bout was ruled a majority draw. Kaew earned one of the scorecards, 29-28, and the other scores came in split at 29-29, which means the fighters were headed for another extension round. The judges once again ruled in Rukiya’s favor after a close, yet clear extension round that should have gone to the Thai fighter. Rukiya was apologetic on the microphone following the bout, where his victory was perhaps never really in question.

In a year with a number of robberies, such as the egregious hometown cooking in Romania with Sorin Caliniuc’s absurd win over Dylan Salvador and judging incompetence in Christina Breuer’s victory over Jorina Baars, it’s only right that Kaew earns at least one victory in 2019, even if that means he takes home our award for the 2019 “Robbery of the Year” for the second time in the last three years.