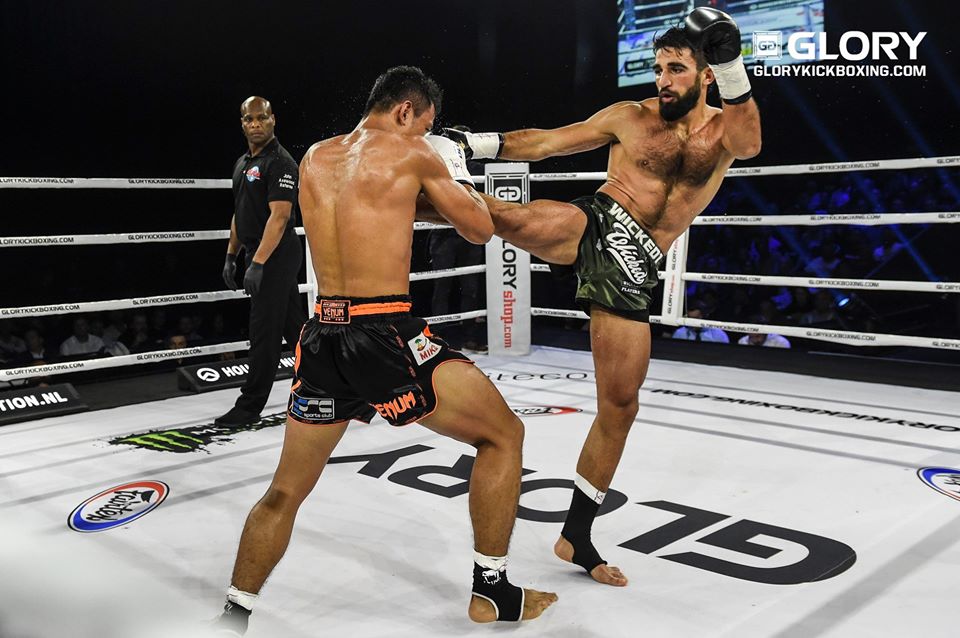 Fight of the Year – Marat Grigorian vs. Sitthichai Sitsongpeenong

Every year, there seem to be at least three or four incredible, drama-inducing fights that sit atop our list as the best of the year. There are many candidates that make their way on the list for the level of the talent involved, the stakes at hand, and the relevance of the bout on the world scene. In 2019, we had a nice mix of all-out wars and technical battles that would make any fight connoisseur fall in love with the sport all over again.

The best fights this year took place all over the world and in many different promotions. In past years, we’ve crowned winners for a variety of reasons. Mohammed Jaraya and Nordin Ben Moh were honored because of the sheer craziness of the contest. In 2017, current two-division GLORY champion Alex Pereira posted a thrilling comeback performance against current UFC middleweight champ Israel Adesanya. In 2018, the insanity of the war between Rukiya Anpo and Hideaki Yamazaki took home the award over an exciting, but more technical bout between Tenshin Nasukawa and Rodtang Jitmuangnon.

This year, there was a healthy mix of brawls, like Akihiro Kaneko vs. Shuhei Kumura and TETSU vs. Toma, and a solid chunk of exciting technical scraps, including Masaaki Noiri vs. Jordann Pikeur, Masahiko Suzuki vs. Toki Tamaru, and Taiju Shiratori vs. Saeksan Or. Kwamuang. Yet, there was one bout that felt like it had more meaning than any other contest in 2019 because of the level of competition, the stakes at hand, and the relevance of the bout in the pound-for-pound rankings.

The fifth match-up between longtime top pound-for-pound kickboxer Sitthichai Sitsongpeenong and current GLORY and former K-1 and Kunlun Fight champion Marat Grigorian at GLORY 65 was the most meaningful fight in kickboxing in 2019 for many reasons. The GLORY lightweight world championship had major implications on the pound-for-pound rankings, with both fighters being ranked inside the top five (and in the top two in the lightweight division). The fight was truly one between two of the best kickboxers in the world at the time, which was a major deciding factor in why it is featured here.

Sitthichai had defeated Grigorian on four previous occasions — once in Kunlun Fight, once in a GLORY contender tournament, and twice for the GLORY lightweight title. Make no bones about it, even though Grigorian was competitive and made each and every fight close, many did not expect him to get the win on his fifth try. Sitthichai had by far the best resume in the sport, with 59 wins and just four losses. He not only won against elite competition and rugged veterans, but he also avenged all four of his losses. Sitthichai was clearly the best fighter in the world and had been for over two years.

That all ended, however, when Grigorian dropped Sitthichai with a left hook in the second round. Following the knockdown and 10-8 round for Grigorian, he was up 20-17 on three of the judges’ scorecards. Sitthichai would have had to win all three of the remaining rounds just to earn a draw. Grigorian put on one of the best performances of his career, taking Sitthichai out of his game for five frames to earn the victory and win the GLORY lightweight title.