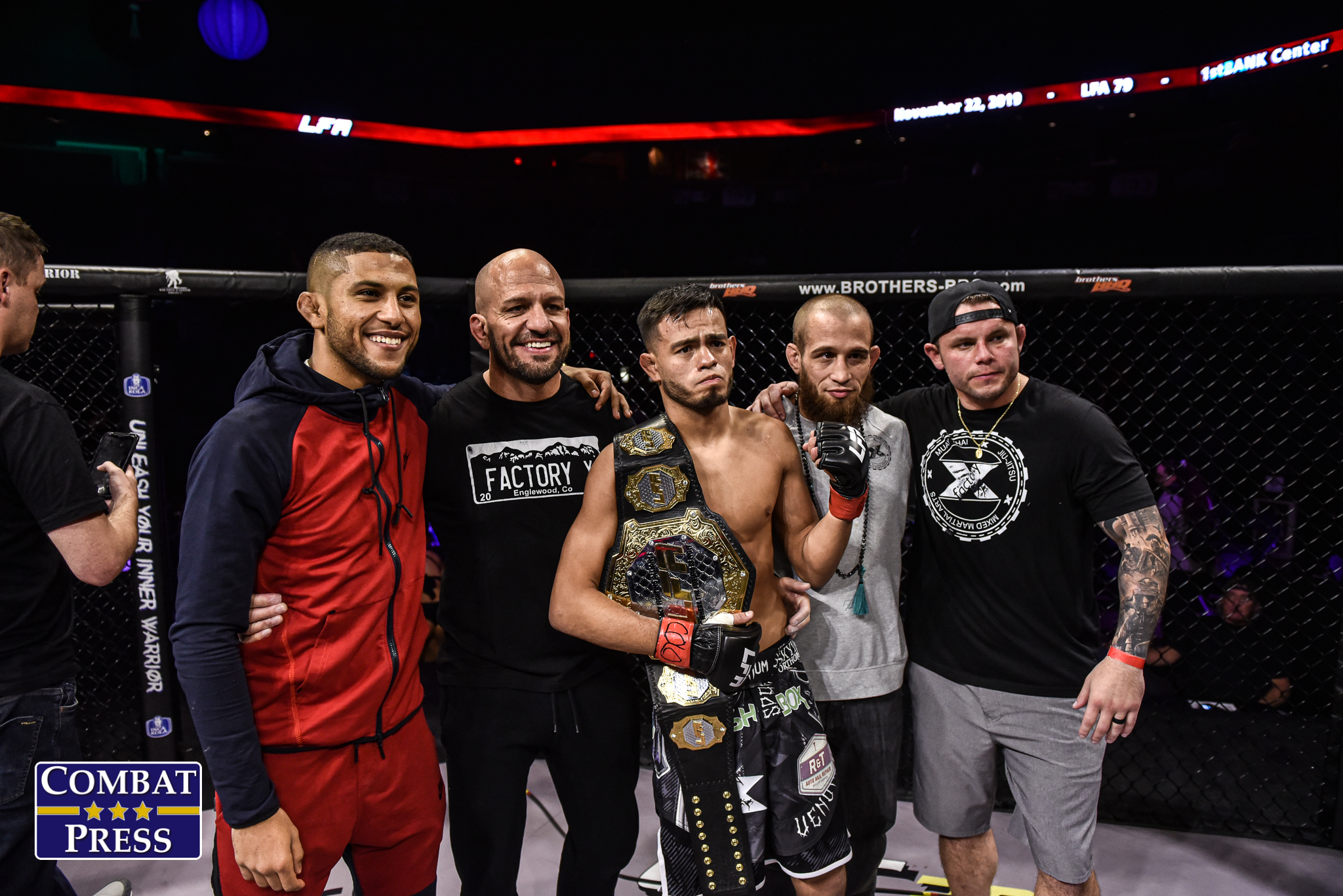 On Friday, Nov. 22, Legacy Fighting Alliance returned to the 1stBANK Center in Broomfield, Colo., for its 79th event.

In the night’s main event, the promotion crowned a new flyweight champion as Colorado’s Brandon Royval took on Nate Williams. Royval was riding the momentum of a first-round submission win over UFC veteran Joby Sanchez at LFA 65. Williams, meanwhile, is a Bellator MMA veteran and was making his promotional debut.