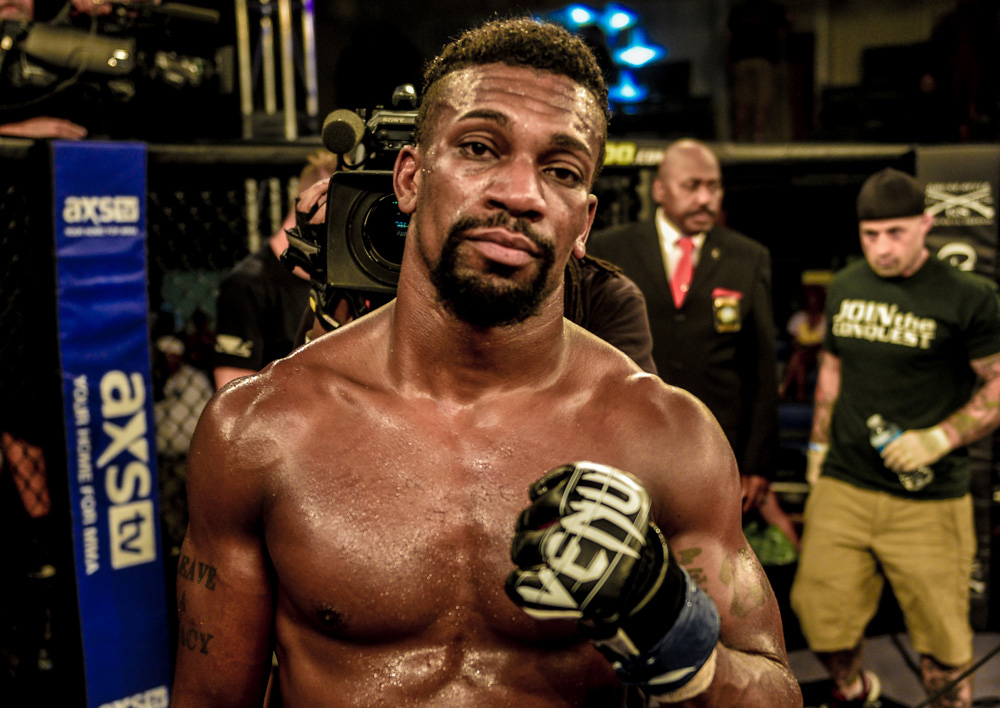 The 1940 novel You Can’t Go Home Again riled up the residents of Asheville, N.C., because of how the town was portrayed by the book’s author and native son, Thomas Wolfe. Almost 80 years later, one of the most well-known fighters to come from the Maryland-based Shogun Fights promotion is looking to prove Wolfe wrong and show that in fact, yes, you can go home again.

After a yearlong hiatus, Robert Watley will return to Shogun Fights at its home at Royal Farms Arena in Baltimore for Shogun Fights 23 on Saturday, Nov. 2. Watley fights again after a stint in the inaugural season of the Professional Fighters League last year — an opportunity that actually came thanks to his father’s due diligence.

“My dad was looking at the MMA landscape to see if it was still possible for top-tier guys to make a living at it,” Watley told Combat Press. “We saw guys receiving a tough time from their promotions with turning down fights and not getting paid. I read about some guys who had to work two to three jobs while fighting.

“My dad found out about PFL and took down their contact information and saw that you needed at least 10 fights to be considered. After my 10th fight, I contacted them, and they offered me the opportunity.”

Watley was familiar with the PFL’s former incarnation, the World Series of Fighting, but it was the PFL’s willingness to partner with fighters to improve their environment and offer both health care and $1 million to the winners in each weight class that won him over.

Watley won his first fight at the PFL’s second show of 2018 after an accidental groin strike rendered his opponent, Thiago Tavares, unable to continue. However, Watley’s quest for $1 million ended after back-to-back decision losses to Will Brooks and Chris Wade.

“Those guys were UFC veterans and had been around the block, and I was maybe a little full of myself and maybe ‘fanboyed’ out a little,” Watley said. “It was a little surreal to fight Brooks; I watched him before I started fighting and admired his ability to dig deep in fights.

“I think I was just worrying about countering what they were doing instead of focusing on what I needed to do. If you worry about the other guy, you fall a few steps behind and you can’t do it. I was waiting to see what they did, and I felt I was outwrestled. I got caught up watching the fight and not doing enough fighting.”

Despite the disappointment of losing out on an opportunity to win $1 million, Watley’s PFL stint still provided an important learning experience.

“I learned to appreciate every moment, breathing and walking and spending time with my friends, wife and son,” said Watley, who became a first-time father at the beginning of the year. “I think I took that opportunity for granted, and I kind of crapped the bed and then had to lie in it.

“When my son was born in January, I also realized how selfish I was. Now I see my son and his joy, after I had become disenchanted with life, and see the joy through my son and help him walk through life.”

After spending 2019 as a stay-at-home dad and thinking that the PFL was possibly his last opportunity in MMA before he needed to get a full-time job, Watley received an offer to compete at Shogun Fights 23 on Nov. 9.

“I originally asked to fight [Shogun Fights lightweight champion] Tucker Lutz at a catchweight, but he didn’t want to do that, so I decided to step in and replace a teammate who withdrew,” said Watley, who sports a record of 11-3 and will face Jerome Featherstone, who is 2-0 with one no-contest, in a 160-pound catchweight bout.

“This is what I love to do,” Watley admitted. “When I fought in PFL, I got to fight in New York, Chicago and Los Angeles, and I wanted to fight on their card in [Washington] D.C. Now I get to come back to where it all started and get a fresh start.”

The Maryland native previously competed five times for Shogun Fights, and even though he has a clear advantage in experience over Featherstone, he is not taking his comeback bout for granted.

Watley also continues to advocate for better working conditions for fighters and hopes that he and his fellow fighters will eventually band together to improve MMA for all competitors.

“I’m still passionate about it, but there is only so much a few people can do,” Watley said. “It would be great if we had a situation like the NFL, NBA or Major League Baseball. But I also try not to alienate myself from my fellow fighters.”