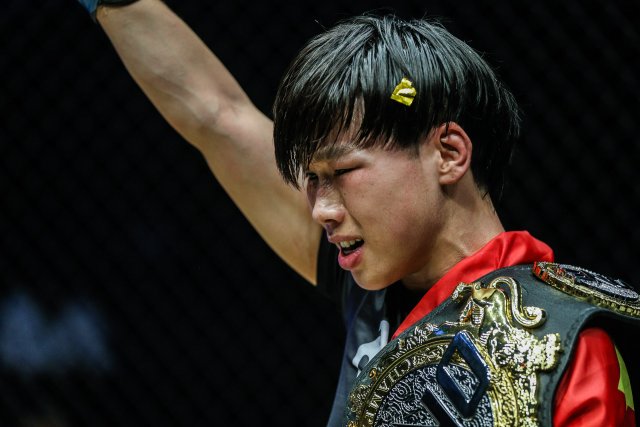 ONE Championship: Century Preview and Predictions

The century mark. It’s a significant milestone. Not many can say they’ve made it to 100, but ONE Championship can. In celebration, the company is hosting two events in a single weekend. They’re calling it ONE Century.

The Asian promotion heads to Ryogoku Kokugikan in Tokyo for the festivities. It all kicks off with “Part I” at 8 p.m. ET on Oct. 12. This half of the event features one title fight and two tournament championships. In the headliner, Angela Lee defends her atomweight title against Jingnan Xiong, ONE’s strawweight queen. UFC legend Demetrious “Mighty Mouse” Johnson returns in the flyweight tournament final opposite Danny Kingad. In the lightweight tournament, Christian Lee and Saygid Guseyn Arslanaliev vie for supremacy.

The fights continue at 4 a.m. ET on Oct. 13 with “Part II.” The second full card features even more title action, with two MMA championship bouts, a kickboxing tournament final, and a Muay Thai championship affair. Bibano Fernandes and Kevin Belingon attempt to finally resolve their ongoing battle to determine the better bantamweight. UFC veteran Brandon Vera hunts for a second title when he moves to light heavyweight to challenge Aung La N Sang. In kickboxing action, Giorgio Petrosyan and Samy Sana square off to determine the featherweight tourney winner. The Muay Thai flyweight crown is up for grabs when Rodtang Jitmuangnon takes on Walter Goncalves.

It’s all part of an epic night of fights for ONE Championship that also features such notable names as Janet Todd, Ekaterina Vandaryeva, Yushin Okami, Shinya Aoki and Mei Yamaguchi. Fans can view all the action via ONE’s app.

ONE atomweight queen Angela Lee came up short in her bid to take the strawweight crown from Jingnan Xiong. Now, Xiong is coming down to the atomweight level to challenge for Lee’s title. Will Lee fare better at atomweight against Xiong?

Sometimes, those 10 pounds can make all the difference. Just ask Seo Hee Ham, who competes at Rizin 19 just one day before this ONE event. The South Korean fighter is an ace at 105 pounds, but she couldn’t get anything going in the UFC as a strawweight. Lee has to hope for similar good fortune at a lower weight.

The trouble is, history tells us Xiong struggles only when she tries to go up to 135 pounds. She’s excelled at any lighter weights, including a couple of trips down to 115 pounds, where ONE’s atomweight contests take place. Xiong has been excellent outside of her loss to Colleen Schneider in 2015. She topped April Osenio at 115 and also notched wins over Tiffany Teo, Laura Balin and Samara Santos at 125. The Chinese star is a skilled boxer who has recorded 10 career knockout wins.

Lee happens to have been on the wrong end of those fists once before. She’s also on a two-fight skid right now after dropping a decision to Michelle Nicolini. She’s performed very well at her natural weight, even besting Mei Yamaguchi on two occasions, but she could finally be meeting her match in Xiong.

If Lee is willing to stand and trade for much of the fight, just like she did in their first encounter, then those 10 pounds won’t make much of a difference. Xiong throws looping shots, but they’re very effective at getting through Lee’s guard and doing damage. Lee only held a clear upper hand when she got the fight to the mat and attacked with an armbar. If Lee can drag Xiong to the ground in the rematch, she can definitely pull off the win.

Unfortunately, that’s easier said than done. Lee had to work very hard for an armbar attempt that ultimately left her gassed and even more exposed to body kicks from her Chinese counterpart. Lee might even be less motivated to go for similar attacks this weekend. That leaves this as a standing affair, and one in which Xiong is likely to pummel her way to a second win over Lee.

Outside of Henry Cejudo, who only managed a split verdict over Johnson, nobody has been a true threat to Mighty Mouse since 2011. Kingad has a strong record, but he only managed a split decision over Reece McLaren and suffered a 2017 submission loss to Adriano Moraes. That doesn’t exactly bode well for someone who’s on the verge of going to war with one of the world’s pound-for-pound best.

It’s not like Mighty Mouse has experienced much decline lately, either. The win to Cejudo could have gone his way, and he had finished Cejudo just two years earlier. He also delivered the throw-into-armbar finish on Ray Borg in late 2017. Johnson has made easy work of his two ONE opponents thus far, with a submission of Yuya Wakamatsu and a decision nod over Tatsumitsu Wada.

In order to top Mighty Mouse, a fighter either needs the combination of boxing and wrestling that Cejudo brings to the cage or they need a magnificent finish. Kingad is no Cejudo. He’s also far more of a grinder, even against the likes of McLaren, Senzo Ikeda and Sotir Kichukov. Never say never, but this looks like it should be another impressive showing for the former UFC flyweight kingpin.

Brandon Vera, the organization’s heavyweight titleholder, is out for light heavyweight gold when he meets Aung La N Sang. Will Vera walk away with a second ONE title?

Once upon a time, Vera appeared to be the next great heavyweight in the UFC. A contract dispute and some stumbles inside the cage ended that buzz. It took nearly seven years for Vera to even string together more than two wins in a row again. Now, he’s on a four-fight winning streak and holds the ONE heavyweight title. It’s no UFC heavyweight championship — ONE is much more known for its lighter weight classes — but it’s a start.

What’s even more encouraging is the way in which Vera has ascended to the heavyweight throne. All four of his ONE victories have been violent finishes. He used soccer kicks as part of his finishing flurry against Igor Subora in a 2015 fight. He snagged the heavyweight title in 26 seconds with a head kick to put away Paul Cheng. He’s defended the belt twice in the years that followed, both times scoring first-round knockouts. That’s a big shift from a stretch in which he underwhelmed in lackluster affairs against Tim Sylvia, Fabricio Werdum, Keith Jardine, Randy Couture, Jon Jones, Mauricio “Shogun” Rua and Ben Rothwell.

Maybe Vera just needed a change of scenery and a step back down in competition to get back on track. Unfortunately, he’s also running out of time. Vera is now 41 years old, and he’s only been fighting once a year, if even that. N Sang may not be a UFC talent, but he’s been a multi-divisional force for ONE. He’ll push Vera pretty hard, but Vera might have one big win left in him. Remember, N Sang has suffered his share of losses, even to some pretty questionable competition. Combine that with the likely size disparity, and Vera should take the win.

Bibiano Fernandes will meet Kevin Belingon for the third time in a row and the fourth time in his career. Do we really need to run this featherweight title clash back again?

Yes, actually. These two men have had three encounters thus far, but only one resulted in a clear-cut victory for Fernandes. That win came in their first fight, a 2016 affair in which “The Flash” secured a kimura for a first-round submission of Belingon. The rematch in late 2018 went to Belingon via a split verdict, and the March bout ended in a disqualification victory for Fernandes.

So, three fights and only one clear verdict. Belingon has improved by leaps and bounds since that first fight, too. Meanwhile, Fernandes has aged — he’s now 39 years old. The pendulum could be swinging toward the Filipino fighter.

In their first outing, Belingon was a bit reckless and got taken down early by Fernandes. This set the tone for the fight. Belingon fended off a submission from the grappling specialist and escaped to his feet, but he was quickly put back on the canvas. Fernandes continued to pursue a stifling and relentless attack from the top. Belingon defended admirably for a while, but it was only a matter of time until Fernandes was able to find the kimura.

The improvements were obvious in the rematch. Belingon made Fernandes work much harder for the takedown and continued to show solid defense off his back. The Filipino fighter also found ways to scramble back to his feet, rather than just letting Fernandes smother him. He threatened with far more kicking attacks, which seemed to be effective against Fernandes. While the takedown defense eventually faded, Belingon created headaches for Fernandes through all five rounds.

Prior to the disqualification in the third contest, Fernandes had rocked Belingon early and almost finished him. Belingon survived, however.

This should be yet another wild back-and-forth fight, and nobody should be complaining about having to watch it. These two men are very evenly matched and put on an entertaining show when they tangle in the cage. Fernandes by a hair in this one.

Should MMA fans be interested in the mega-event’s kickboxing and Muay Thai affairs?

The centerpiece of the kickboxing and Muay Thai affairs is the featherweight championship showdown between Giorgio Petrosyan and Samy Sana. Both men are ranked kickboxers. Petrosyan has not lost since 2013, and he’s riding an impressive streak in which he decisioned Phetmorakot Petchyindee Academy and stopped Jo Nattawut. Sana has a long history in the sport as well and 49 knockouts to his credit.

ONE Century Part I Fight Picks