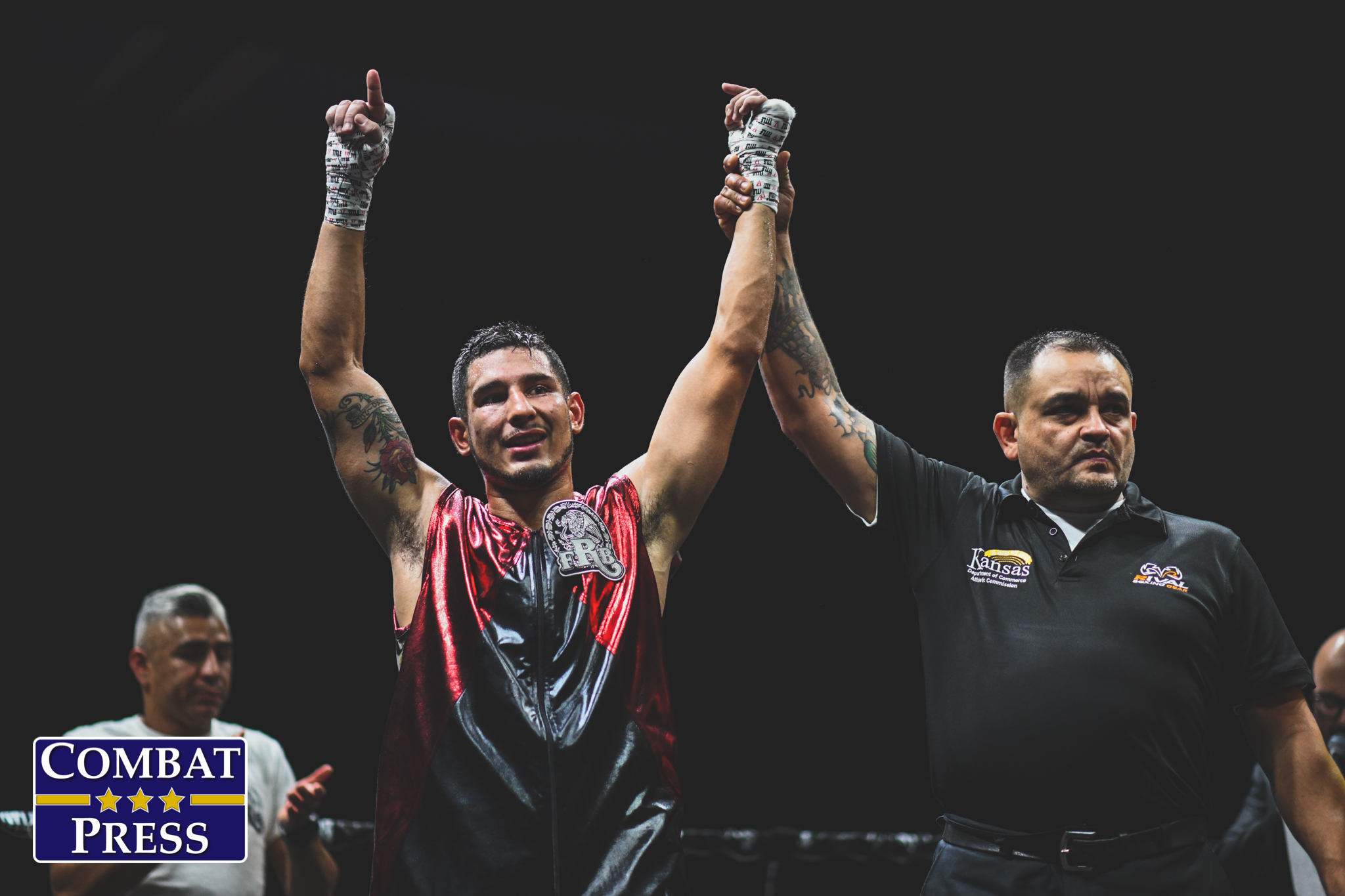 JGK/Title Boxing: Brawl in the Hall 3 Results and Photo Gallery

On Friday, Oct. 18, JGK Entertainment and Title Boxing hosted Brawl in the Hall 3 from Memorial Hall in Kansas City, Kan.

The main event featured a featherweight clash between Fidel Cervantes and Vincent Jennings.

Below are the full results of the event, as well as a photo gallery of the night’s action shot by Kiara Kaiser of Combat Press. Click an image for a larger version.