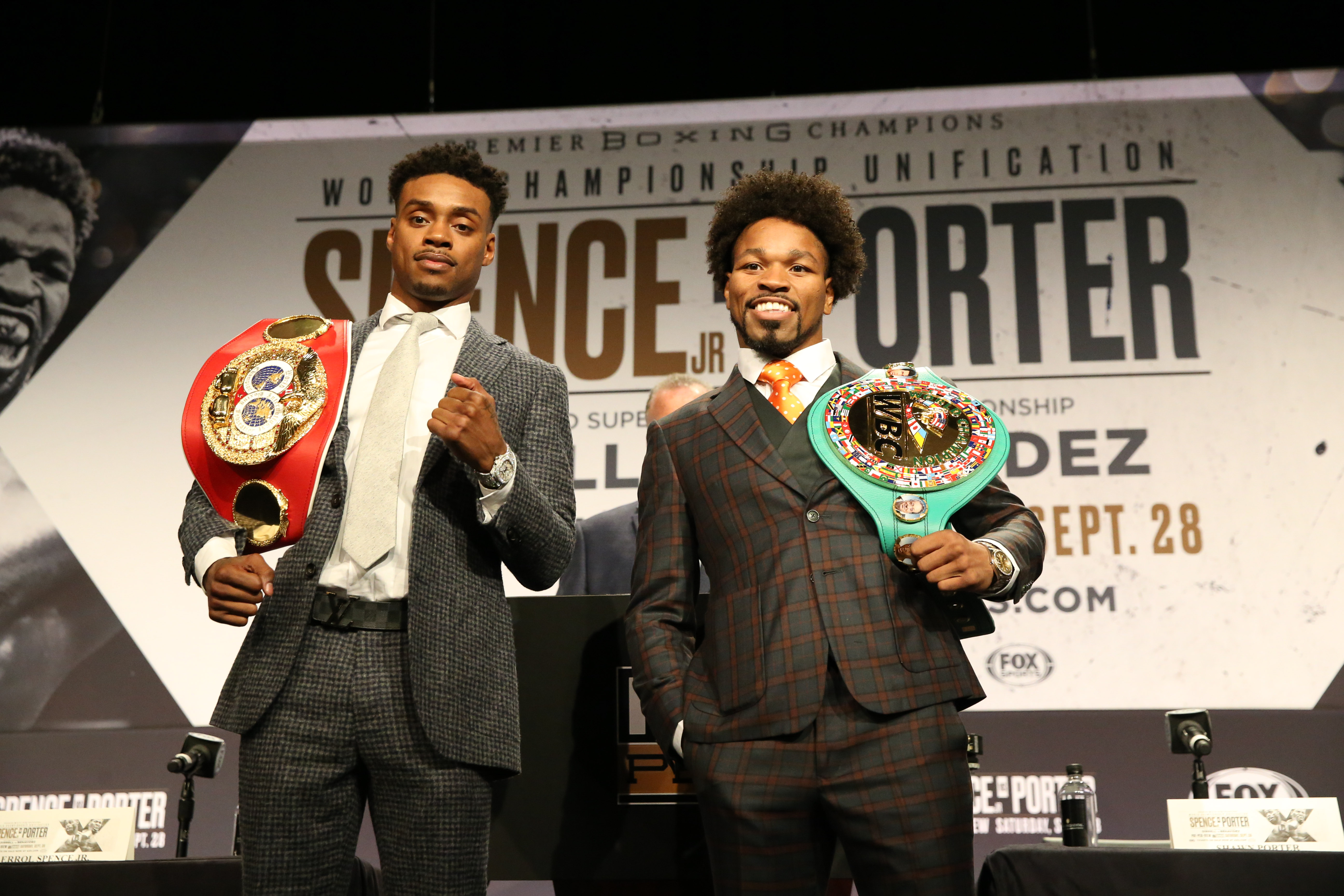 MMA Fans Should Watch Spence Jr. vs. Porter This Weekend

How does a full day to enjoy prizefighting sound? If it sounds like your cup of tea, then Saturday, Sept. 28, is one of the best nights in 2019 to stay home and watch a bevy of great fights. MMA will be heavy on the schedule this weekend — the UFC in the morning, and Bellator in the evening — but amidst all that lies a superb boxing match between Errol Spence Jr. and Shawn Porter.

Premier Boxing Champions has found a star in Spence. The performance he put on against Mikey Garcia in March was nothing short of brilliant, and doing it in front of his home crowd and in the Dallas Cowboys Stadium showed that Spence is not just a talented fighter but one who can carry pay-per-view cards as well.

In Porter lies a formidable challenger to the cool, calm, collected attitude of Spence. It is this specific aspect of the match-up that makes it an intriguing fight for boxing fans. However, it should also pique the interest of the MMA audience.

To anyone who is short on funds or isn’t all too willing to seek out a way to watch the pay-per-view event, you should be perfectly content with the MMA-for-brunch-and-dinner itinerary. However, if you’re feeling daring or actually want to see something fresh, then the showdown between Spence and Porter is the fight for you.

The beautiful thing about this contest is that it’s a great fight for hardcore boxing enthusiasts and casual fans alike. Spence fights in the more “traditional” form of boxing — the hit-and-don’t-get-hit basics — but he’s far from conservative or safe. Boxing purists love him because he does everything right and hasn’t lost his killer instinct. Porter, on the other hand, utilizes relentless pressure. It can almost seem like the only prizefight Porter has ever seen is Marvin Hagler against Tommy Hearns. He fights as if there is no alternative style. It has worked well for him thus far, allowing him to amass a 30-2 professional record.

Most MMA fans have dipped their toe into the waters of boxing, most likely via Floyd Mayweather Jr. “Money’s” bout with Conor McGregor is the most likely option. The Manny Pacquiao superfight would be the second most likely. Mayweather may have been a technically brilliant boxer, but his style was not fan-friendly in the latter part of his career. This fight, on the other hand, will be as exciting as it will be technical.

Could it be as exciting as the Bellator lightweight championship — and tournament quarterfinal — clash between Patricio “Pitbull” Freire and Juan Archuleta, which airs in the same time slot? Possibly. This fight is akin to the battle between Robbie Lawler and Rory MacDonald. Obviously, these are some gargantuan shoes to fill for the majority of MMA fans in terms of the greatness and excitement scale. This is not to say that the fight can or will meet the standard of that rematch, but the archetype is similar. Spence is the MacDonald of the pairing — technical, smart and young, but with a long history in the sport. Porter fills the Lawler role — wild, tenacious, and an underdog to the man many see as the future of the welterweight division.

DAZN and ESPN+ are both great apps with a good price tag, but if you pay for these services on a monthly basis you can catch these fights whenever you want. Jack Hermansson and Jared Cannonier on the UFC Copenhagen card can be a real war. Pitbull and Archuleta could end via vicious knockout. There is no reason to gloss over these tremendous fights, but Spence and Porter should be a worthwhile investment of your time as well. If Mayweather/McGregor or Mayweather/Pacquiao weren’t to your liking, then this could be the fight to turn things around. Porter has a knack for bringing the action, and Spence has an uncanny ability to introduce foes to the canvas.

Yes, $74.99 is asking a lot. Luckily, the Spence/Porter pay-per-view will be shown in some bars and even movie theaters, usually for around 20 bucks. Take a chance and seek this out. Porter had a barnburner of a fight with Keith Thurman a few years back, and Spence has been nothing short of magnificent in each of his pro fights. Add their skills and ego to their genuine mutual dislike, and we should have dynamite on our hands.