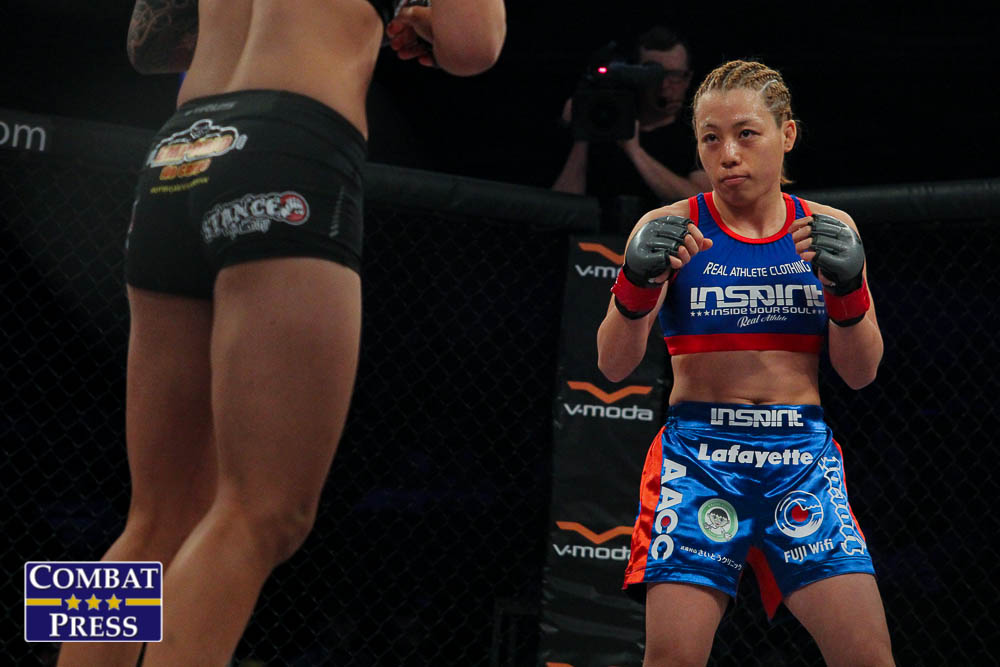 Dropped from the rankings: Amanda Bell (10)

Kaitlin Young’s return from retirement has looked to be a great decision thus far. She’s back in the top 10 after a big win over Faith McMah at Invicta FC 35. In July, Bellator champ Julia Budd is set to defend her belt against the hottest 145er in the world right now, Olga Rubin. Amanda Bell, who slides out of the rankings this month as a result of Young’s entry, will appear on the same Bellator offering in a showdown with Arlene Blencowe.

Dropped from the rankings: Tonya Evinger (8)

Tonya Evinger’s long run in the top 10 comes to a halt after her third straight loss, making way for Lina Länsberg to enter the rankings. In July, Amanda Nunes looks to keep her top spot and UFC title when she fights Holly Holm at UFC 239. Also in July, Raquel Pennington seeks to restart her run to title contention with a fight against Irene Aldana at UFC on ESPN 4.

Valentina Shevchenko continues to add to her highlight reel and legend. The top flyweight dropped Jessica Eye with a head kick in a “Knockout of the Year” candidate in UFC 238’s co-headlining bout. At UFC on ESPN+ 12, Andrea Lee further solidified her hold on the No. 10 spot by scoring an impressive win over Montana de la Rosa. Katlyn Chookagian positioned herself in a crowded flyweight title picture with a win over Joanne Calderwood at UFC 238. In July, Jennifer Maia attempts to inch closer to a title shot when she meets Roxanne Modafferi at UFC on ESPN 4.

Tatiana Suarez certainly looks to be next in line for the UFC strawweight title shot after her domination of Nina Ansaroff at UFC 238. On the same card, Alexa Grasso decisioned Karolina Kowalkiewicz. As a result, Grasso enters the top 10 in a tie for the final spot, while Kowalkiewicz falls entirely from the rankings. In July, Claudia Gadelha takes on Randa Markos at UFC 239.

There are a ton of changes to the atomweight rankings. Ayaka Hamasaki remains in the driver’s seat after besting Jinh Yu Frey again at Rizin 16. Miyuu Yamamoto makes her debut in the rankings after scoring a major upset win over Kanna Asakura at the same Rizin show. Viviane Pereira claimed a decision win over Alesha Zappitella at Invicta FC 35, but she missed weight in her first attempt to compete at atomweight and therefore fails to land in our poll. Also on the Invicta card, Kelly D’Angelo surged up the rankings with a big win over Jillian DeCoursey. Meanwhile, in Bellator, Lindsey vanZandt scored an upset over Rena Kubota to bring herself into the top 10. Asakura and Kubota lose their spots in the rankings, and they’re joined by Amber Brown, who is now fighting at 115 pounds. In July, Seo Hee Ham is set to take on Tomo Maesawa at Rizin 17.