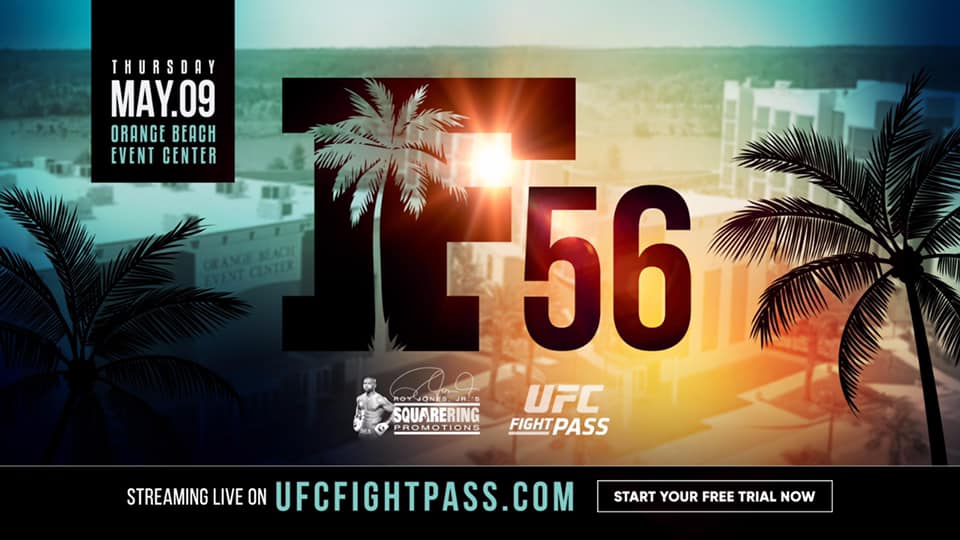 Regional MMA promotions always have big aspirations for the future. Unfortunately, with poor business models, sleazy promoters, and bad marketing plans, they can be gone before anyone knew they even existed. On the flip side, some organizations have persevered and stood out through thick and thin.

Legacy Fighting Alliance, Ring of Combat, King of the Cage and Shamrock FC are some of the larger promoters that have been successful through the years, not only in just simply staying in business, but in sending up-and-coming talent to the UFC, Bellator and ONE Championship. Another established regional promotion has been operating in the Florida panhandle for some time now, but it is set up for exponential growth in 2019.

Island Fights really came onto the global radar in early 2018, nearly eight years after its inception, when it hosted Island Fights 46. The show was a hybrid MMA and boxing event that served as the final outing for legendary boxer Roy Jones Jr. The MMA side of the event had some great fights with close decisions and early knockouts. Since then, the promotion has gained a ton of traction, but its roots go much deeper into the history of combat sports.

“I grew up my whole life with a wrestling background,” Island Fights CEO Dean Toole told Combat Press. “My dad wrestled, and me and my brother wrestled our whole lives growing up. My brother was a real standout wrestler, and my dad wrestled in Scotland. He was in the military. He wrestled on the Scottish national team, and he wrestled in the United States Navy wrestling team.

“When we were in high school, we ended up moving to Pensacola, Florida, and wrestling was not a real big thing. My brother was the captain of the wrestling team in Chicago when we were in high school. I was a freshman. We ended up moving to Pensacola my brother’s senior year. The only wrestling school was a 30- to 40-minute drive we would have to make every morning, so we decided not to do it. My brother ended up joining the military, where he landed in Hawaii in 1999.”

Any good MMA historian understands that in 1999, Hawaii was huge in the MMA scene. B.J. Penn and Jason “Mayhem” Miller were on their way up, and promotions like Rumble on the Rock and Superbrawl were churning out many fighters who would later become staples in the UFC.

“There was no Facebook and MySpace and all those things around this time, and I would get to hear about those things through my brother on a phone call or when he would write home with letters and things like that,” Toole explained. “So, he joined a gym, Relson Gracie Jiu-Jitsu, and he also went to a place called 808 Fight Factory and a bunch of different places. Long story short, we ended up opening an MMA apparel store, and it was called The MMA Shack. We were like some of the first people in Florida to sell TapouT.”

Toole’s brother, Ryan, was competing in Hawaii. He was very successful in grappling and pankration. That success led to a growing interest in bringing a better MMA scene to Florida.

“He was a big idol of mine, and, together, we started this brand and sold different brands like Triumph United and Hitman Gear, Full Contact Fighter, Throwdown, TapouT, and Xtreme Couture,” said Toole. “We had a bunch of different brands. He moved back to Florida. And then all these bigger stores started carrying the same gear, and we couldn’t really compete with those people, because they were ordering bulk. Everybody used to come to our place and ask us where to train, and it was non-existent there in 2008. There was like one black belt in the whole region, so we ended up opening a gym.”

Gulf Beach Fitness was opened primarily out of demand from their retail clientele. It was an 8,000 square-foot gym that had a fully equipped fitness facility, along with areas for different combat sports, like jiu-jitsu and MMA. At the time, amateur MMA was still illegal in Florida, so the brothers were putting on boxing and kickboxing shows. However, all of that soon changed. The state legalized amateur MMA in 2009, and a new promotion was born.

“Pensacola Beach is on an island, and that’s why we called it Island Fights,” Toole said. “I never envisioned it would turn into what it is now. It’s insane how big it’s gotten. We ended up starting to do pro shows. I’m really good friends with Roy Jones Jr., and we started doing shows with them — Square Ring Promotions. Roy and his manager, McGee Wright, would come to all of our shows.

“In 2013, I had a meeting with them about partnering up and doing professional events. They did the first hybrid card that was boxing and MMA in 2009. Din Thomas fought on that card. Roy Jones Jr. was the main event. Bobby Lashley fought Jason Guida. Roy Nelson fought Jeff Monson. It was a huge card. So, they were familiar with the MMA promotions, and Square Ring Promotions put on some of the biggest fights in the world. I thought it was a great situation for us to become partners.”

With new partnerships in place, Island Fights has had some really expansive growth. In 2018, the promotion put on about a half dozen shows, all at the Pensacola Bay Center. Big things have come around for 2019, too. The company has already put on four shows this year at four different venues, and almost every fight has ended in a finish. Those fights have been aired on the UFC’s streaming service as part of a new deal.

“Today, we are pretty globally known,” Toole explained. “We did Roy Jones Jr.’s last fight ever. It was the first boxing match on UFC Fight Pass. We have a two-year deal on UFC Fight Pass with a minimum of 10 fights per year to 15 fights maximum. We will be doing fights everywhere from New Orleans to Pensacola to Tampa to Destin to Orange Beach, Alabama, and a casino in Washington. It’s ever expanding. A huge part of this is figuring out venues, especially when we haven’t been to those venues before. Our plan is to expand everywhere — all over the United States. UFC Fight Pass is trying to do this thing called UFC Fight Night, UFC Fight Pass Live. It’s kind of this new thing where they are going to try and have some kind of combat-sports event every day of the week for the next two years, which is awesome. Everything from boxing to karate tournaments to BJJ to MMA to kickboxing. It’s super exciting.”

So far in 2019, Island Fights events have taken place on Wednesday, Thursday, and Friday, depending on the event. Tonight, May 9, Island Fights 56 airs on UFC Fight Pass. It features a heavyweight bout between UFC veteran Chase Sherman and up-and-coming brawler Rashaun Jackson. Jackson has only one loss in his 12-fight combined pro and amateur career. That loss was in his pro debut, and he is currently riding a five-fight winning streak. Sherman, on the other hand, has not lost since his UFC release in late 2018.

Island Fights is looking at holding double the number of cards in 2019 than in previous years, and the company is already well on its way. With plans to expand into different markets, plus the broadcast partnership with UFC Fight Pass, the organization continues to grow toward its primary objective.

“Our goal at Island Fights — you know, we’re partners with the UFC — is to get people into the UFC,” said Toole. “Whether it’s through the Contender Series, through Island Fights, or just straight-up getting to the UFC, that’s our goal. If you’re one of the best guys in the country, or you’re just a couple fights out, or you’re just looking to keep active, we have literally anywhere from 10 fights to 15 fights just in 2019, so we want to keep people active and keep people moving.”