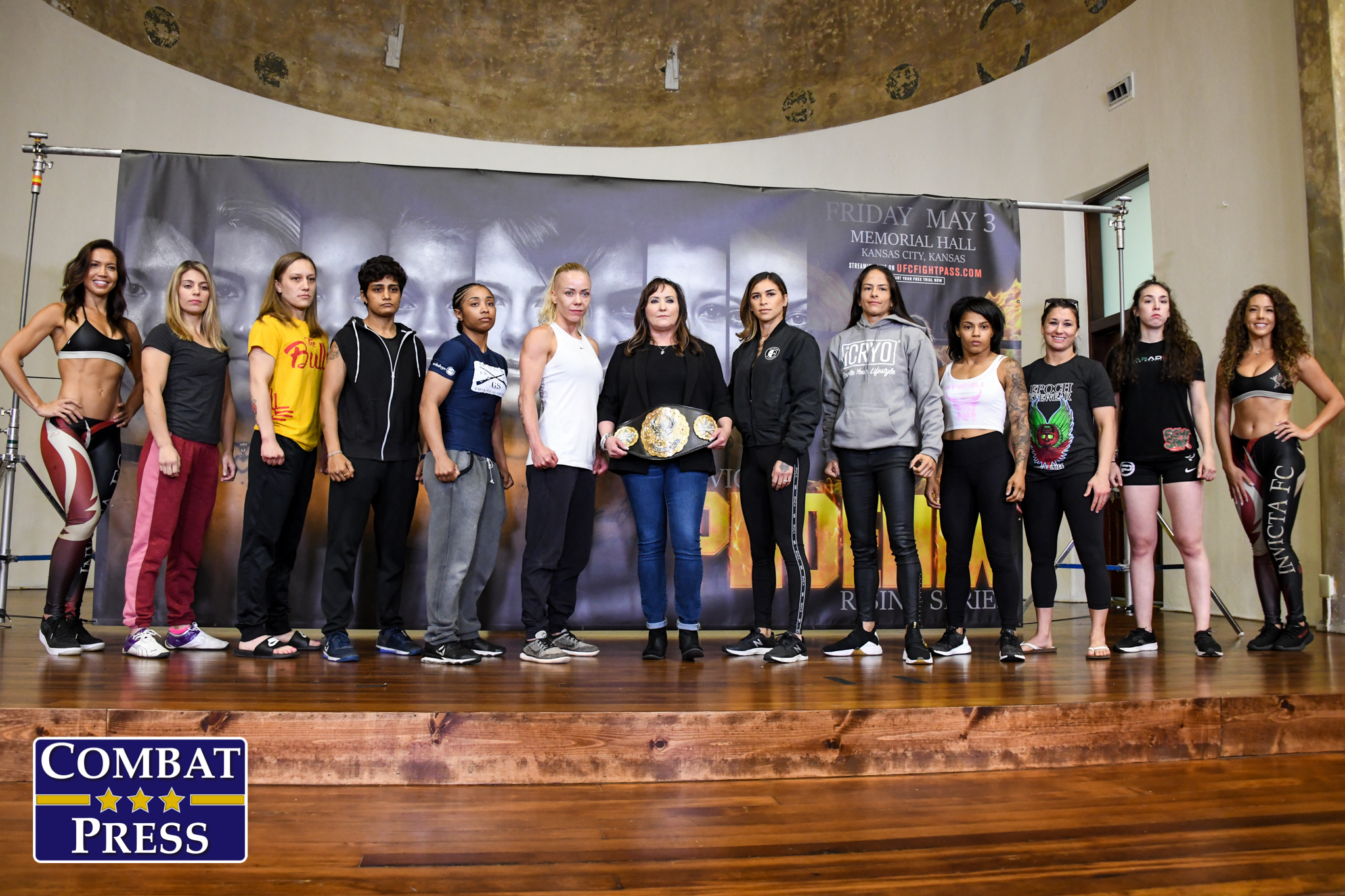 On Friday, May 3, Invicta Fighting Championships will host its inaugural Phoenix Rising tournament from Memorial Hall in Kansas City, Kan.

The one-night, eight-woman tournament will crown a new 115-pound champion after undefeated Brazilian Virna Jandiroba vacated the belt to sign with the UFC.

The fighters hit the scales on Thursday, May 2. Below is a photo gallery of the action shot by Kiara Kaiser for Combat Press. Click an image for a larger version.