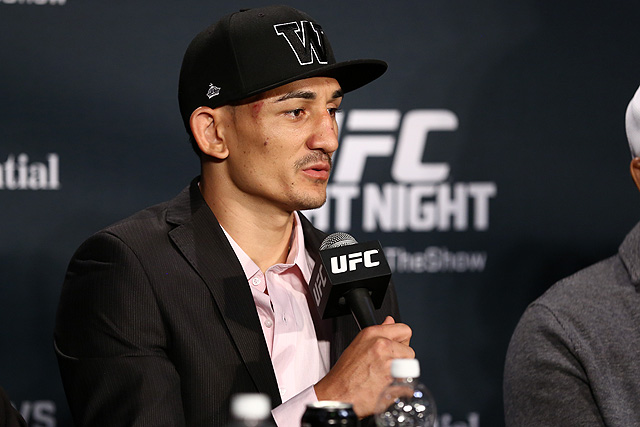 On Saturday, April 13, the UFC will host UFC 236: Holloway vs. Poirier 2 from the State Farm Arena in Atlanta.

In the night’s main event, the promotion’s featherweight champion, Max Holloway, moves up in weight to face a familiar foe, Dustin Poirier, for the interim lightweight championship. The pair met at UFC 143 in Holloway’s promotional debut with Poirier submitting the Hawaiian by armbar. Holloway was most recently in action at UFC 231 in December, where he topped Brian Ortega. Poirier is riding the momentum of back-to-back stoppage wins over former champion Eddie Alvarez and Justin Gaethje.

Interim gold is also on the line in the co-main event as Ultimate Fighter winner Kelvin Gastelum takes on kickboxing stalwart Israel Adesanya in the middleweight division.

The 13-fight event kicks off with three preliminary-card bouts streaming live on ESPN+ at 6:15 p.m. ET. Four additional prelims follow at 8 p.m. ET on ESPN, with the five-fight main card starting at 10 p.m. ET on pay-per-view.

Above is video of the event’s post-fight press conference (courtesy of the UFC) which kicks off approximately 30 minutes after the main event between Holloway and Poirier.