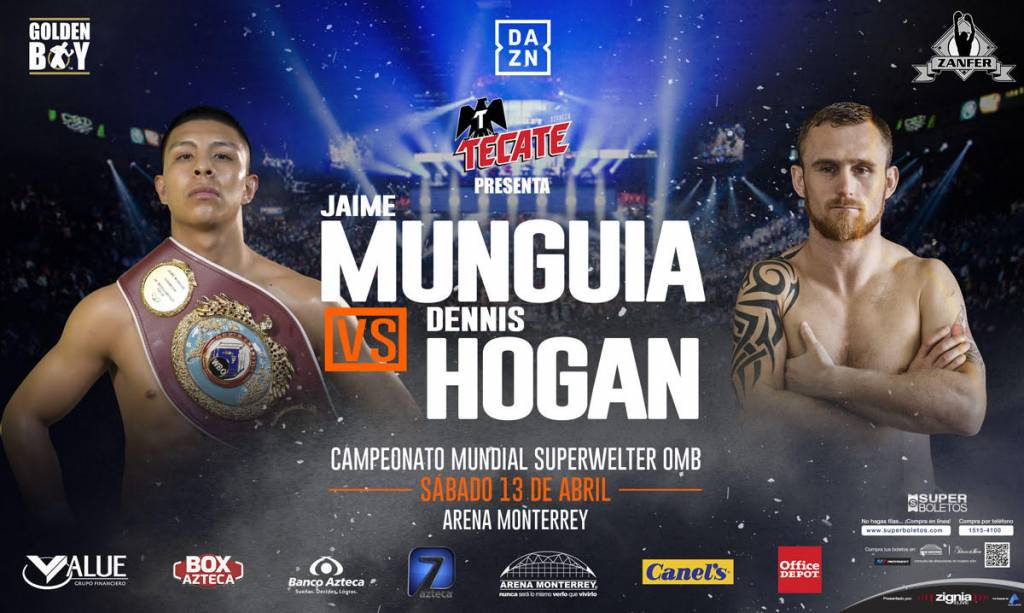 On Saturday, April 13, Golden Boy promotions brought boxing back to the Arena Monterrey in Monterrey, Mexico, for Munguia vs. Hogan.

In the night’s main event, Jaime Munguia put his undefeated record and WBO world super welterweight title on the line against Dennis Hogan.