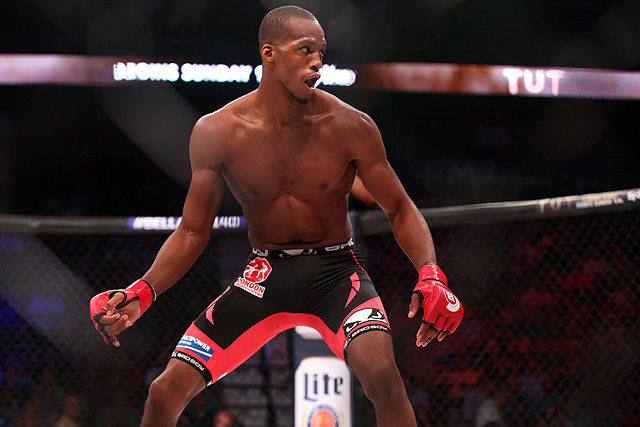 On Saturday, Feb. 16, Bellator MMA hosted its 216th event from the Mohegan Sun Arena in Uncasville, Conn., for the second of the company’s two shows in a single weekend.

In the night’s main event, the promotion’s welterweight grand prix continued as British strikers Michael Page and Paul Daley lock horns. The 31-year-old Page, dubbed “MVP” for his “Venom” moniker, has opened his MMA career with 13 straight wins, with eight knockouts. The UFC veteran Daley has stopped 30 of his 40 career wins by strikes, but has alternated wins and losses over the past three years, largely facing the division’s elite.

The co-main event featured a heavyweight rematch between Cheick Kongo and former titleholder Vitaly Minakov. Kongo has suffered just two defeats since joining the Bellator roster in 2013, with the first coming against Minakov. The Russian Minakov has yet to taste defeat through 21 career outings, but was stripped of Bellator gold for not defending the belt. He returns to the promotion for the first time since the first meeting with Kongo.

The action kicked off on Bellator.com with the preliminary card at 7:30 p.m. ET. The night’s main streamed exclusively on DAZN at 10 p.m. ET.