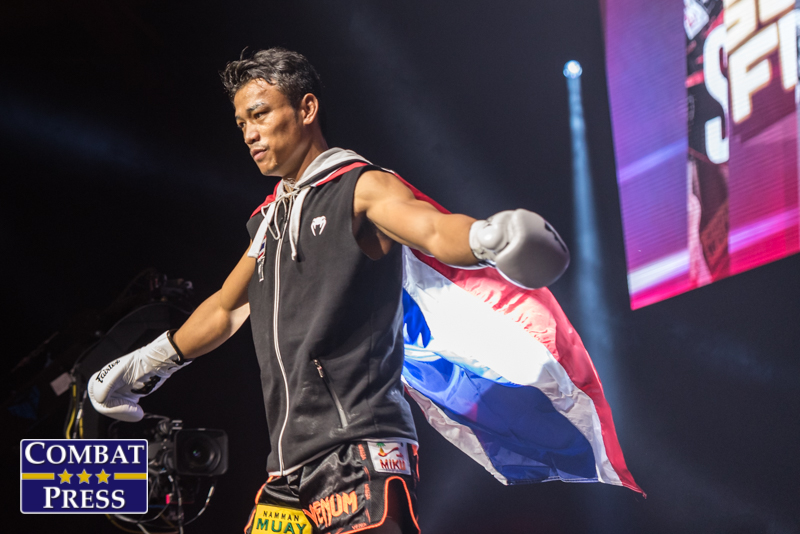 On Friday, Nov. 2, GLORY Kickboxing held its 61st event from the Hammerstein Ballroom in New York.

In the night’s headliner, the world’s best kickboxer, Sitthichai Sitsongpeenong, put his lightweight title on the line against a familiar foe, Canadian Josh Jauncey. The pair met previously in 2015 at GLORY 22 in Lille, France. Thailand’s Sitthichai was making his promotional debut that night and defeated Jauncey on the scorecards. Since then, Sitthichai has gone 22-2 over the last three years. Jauncey would go on to face a gauntlet of the division’s elite with mixed results. The 25-year-old righted the ship recently, scoring massive wins over Stoyan Koprivienski and Christian Baya in last two appearances to earn a crack at gold.

Gold was also on the line in the night’s co-main event as Jady Menezes put her belt on the line against the world’s best female kickboxer, Anissa Meksen. The pair met previously at GLORY 56 in Denver, with Brazil’s Menezes leaving the ring with one of the most controversial decisions in GLORY history, as well as the belt. Meksen was out for revenge after the unexpected outcome in the pair’s last meeting.