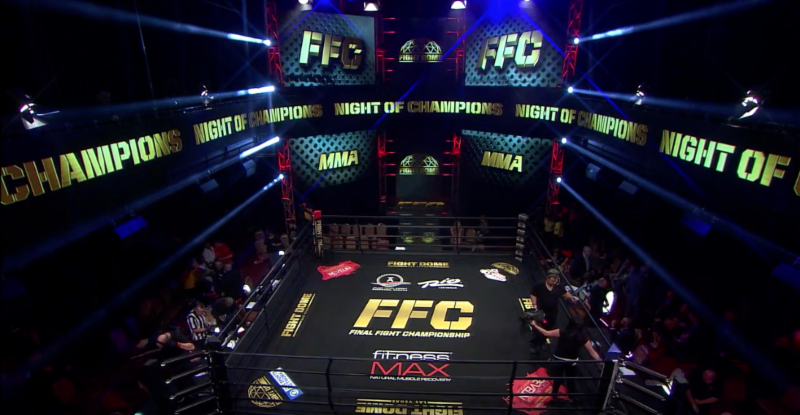 On Friday, Oct. 12, Final Fight Championship held its biggest event to date from the Fight Dome in Las Vegas.

In the night’s main card action, there were four title fights on the card between three combat sports. Under MMA rules, American Ben Egli taook on Brazil’s Roverto Neves for the welterweight title. In the lone boxing contest on the card, Shawn Miller met fellow cruiserweight Dennis Morris. In the kickboxing portion of the card, heavyweight champion Mladen Brestovac defended his belt against GLORY veteran Jhonata Diniz and Albania’s Shkodran Veseli battled GLORY veteran Francois Ambang for the welterweight belt.