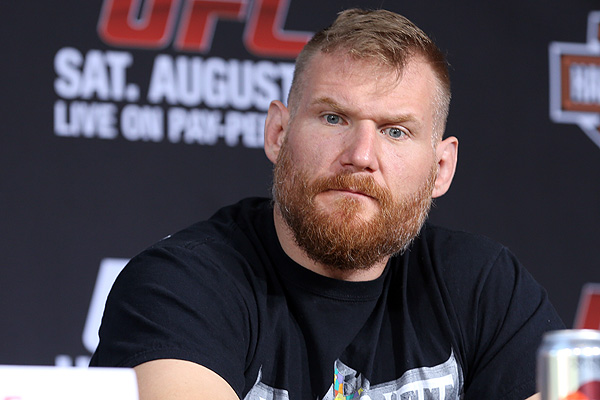 The man known as “The Warmaster” has officially exited the world leader in mixed martial arts. Former UFC heavyweight champion Josh Barnett feels the story the UFC wants to tell “isn’t his.”

Barnett confirmed his release by way of a statement released on Sunday, June 24. The former “Babyfaced Assassin” was cleared by the USADA in March after the test failure was found to be the result of a contaminated supplement. His suspension was only provisional.

The Seattle-born Californian said in part:

“[USADA’s] dogged insistence to punish me for what they absolutely knew was an issue of contamination was unethical. By trying to manufacture any reason they could legitimize to increase sanctions against me was unacceptable. For their stance to necessitate my retaining counsel and do legal battle with them in the presence of an arbitrator was unnecessary. They preferred an adversarial to a just and fair process.

I cannot in good conscience trust them to act in good faith or perhaps may even wish to look to enact some sort of vengeance in an attempt to cancel out my victory against them in arbitration. It’s not the kind of environment that I want to spend the final years of my career in.”

The 35-8 (7-3 in UFC) veteran’s first stint with the UFC began at UFC 28 in 2000. He had most recently been on a five-year run with the organization. Barnett scored his last victory over Andrei Arlovski in September 2016 by way of a rear-naked choke submission.

Barnett had previously tested positive for banned substances at UFC 34 and was given a warning by the Nevada State Athletic Commission. He failed again after his title victory, a TKO finish of Randy Couture at UFC 36, and was stripped of the championship. A third failure occurred before a later canceled event for the now-defunct Affliction organization.

The grappling and submission specialist returned to the UFC in August 2013 and went 3-2 in the Octagon until his release. MMA Junkie reported on April 10 that Barnett is suing the company responsible for the contaminated supplement. The situation is ongoing.

While nothing in Barnett’s statement appears to directly reference retirement or future plans, he is also a professional wrestler and currently serves as a broadcast commentator for New Japan Pro Wrestling on AXS TV.

“The UFC has been very good to me and a great place to fight, but what time I have left in this sport I need to be the one calling the shots and creating the battle plans,” Barnett said. “I hear the call for high adventure and I will oblige.”