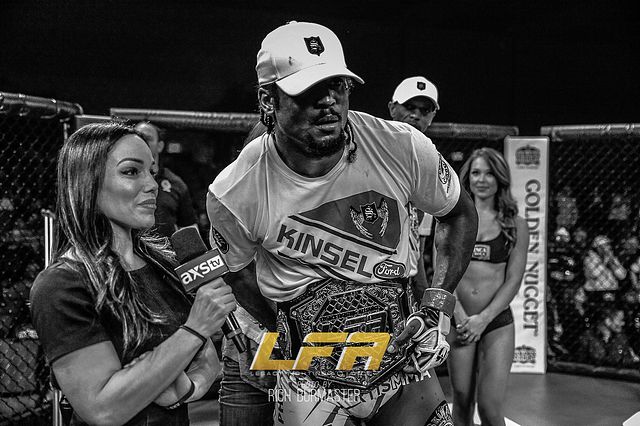 After a successful first season, Dana White’s Tuesday Night Contender Series is back with its second season. The show, which airs live on UFC Fight Pass, aims to give top prospects a chance to impress the UFC brass in an attempt to earn a contract with the company.

The show kicked off with its first entry last week, and now it returns for its second episode on June 19. The UFC Fight Pass stream gets underway at 8 p.m. ET.

At 6-0 and just 24 years old, middleweight Anthony Hernandez is no doubt the best prospect on this card. Since his pro debut, Hernandez, a member of the underrated MMA Gold Team in California, has consistently fought guys who have more experience than him. All but one of his pro fights ended by way of knockout or submission.

Killer instinct is an important trait in a fighter, and Hernandez certainly has it. He’s the Legacy Fighting Alliance middleweight champion, which is a big trophy to have in his corner when trying to convince the UFC brass to sign him.

Hernandez does have a tough match-up on this card against fellow undefeated 185-pounder Jordan Wright, but Hernandez is certainly capable of not only getting through the Greg Jackson pupil, but making the UFC middleweight division a long-term home.

If brawls are enough to suffice your appetite, you will definitely dig the welterweight scrap between Tyler Hill and Dwight Grant. Neither man is afraid to step up and throw down, so expect a barnburner here.

Grant, an American Kickboxing Academy product whose pro career spans back to 2011, had a lot of inactive periods in his career. However, he’s consistently been exciting when he does take to the cage to display his striking. Pit that against the brawling style of Hill and it amounts to a potential slobberknocker.

Hill is exciting, no doubt. He’s a scrapper who is down to brawl every time he steps in the cage. His resume leaves much to be desired, though. The only time he’s taken a step up in competition, it came in a submission loss to Wade Johnson. Otherwise, he’s fought very low-level, local talent.

Crazier things have happened on the Contender Series — had you told me that Brandon Davis was going to get signed to the UFC after his fight, I’d have called you crazy — but if Hill wins and scores a contract, then you can certainly trash me on Twitter. Tim Means once called me out after his fight on UFC Fight Pass, so I’ve endured worse.

Even though Giga Chikadze’s wins come over mostly guys with no pro victories of their own, he is still a dark horse here given his professional kickboxing experience and reputation between the ropes. Chikadze has taken over 40 pro kickboxing matches and has been a violent artist in that realm. He’s now training with Kings MMA, a reputable gym that has produced some high-quality MMA fighters.

Chikadze is 5-1 in MMA and has not lost since his debut in the World Series of Fighting. He’s since been crushing cans in Gladiator Challenge, but he remains an intriguing dark horse on this series. He meets Austin Springer, a 10-3 fighter and The Ultimate Fighter 22 alum who has lost three of his last five outings.

Hernandez is the best prospect in this lineup, and the UFC’s middleweight division could use more depth. The light heavyweight division needs as many competent fighters as possible, too, and Spann will fill that need for the organization.