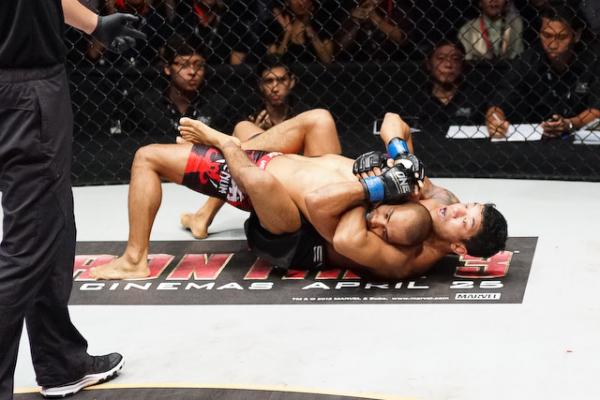 Alex Silva (B) (ONE Championship)
Events

On Saturday, May 12, ONE Championship held its 72nd event from the Jakarta Convention Center in Jakarta, Indonesia.

In the night’s main event, ONE champion Alex “Little Rock” Silva failed to make the first defense of his strawweight belt against the man he took it from, the previously undefeated Yoshitaka “Nobita” Naito. Silva took all three of the judge’s scorecards in the first meeting at ONE Championship: Warriors of the World.

The event aired live at 8 a.m. ET on ONE Championship’s streaming app.