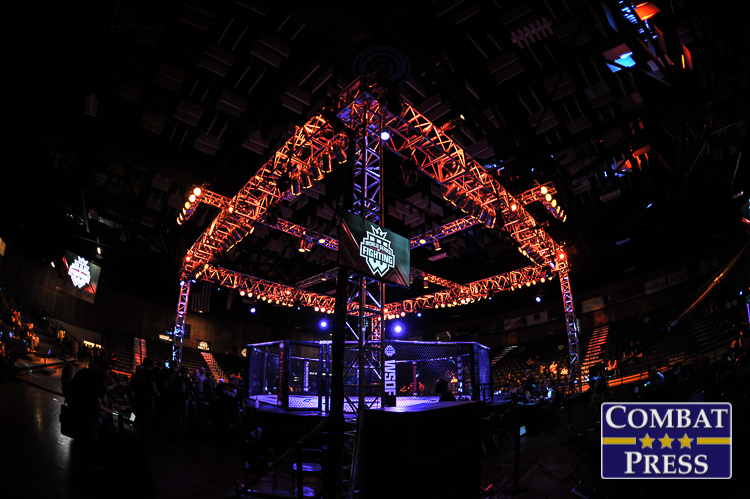 Recently, the discussion regarding mixed martial arts has been less about the sport as a whole, its drug policies, fighter backgrounds, and fight analysis. These things have been discussed, but what really has been at the forefront of the discussion is the limited appeal of MMA, its place in the pantheon of financially viable sports, and the waning interest in the sport.

Most discussions have centered around the usual suspects when topics like this come up: the fighters and the fight promotions. More times than not, these are the people who are hit the hardest when a sport’s appeal drops and the money it generates lowers. It’s hard not to feel for those guys, as they bear the biggest burden.

The fighters fight, train, condition and diet to provide entertainment for us. They put their bodies on the line and sacrifice other career opportunities for the chance at greatness. No fighter does it just for the fans. Part of this sacrifice and work is selfless, but the majority of it is selfish — as Demi Lovato would say, “Sorry… Not sorry.”

The other party who is on the hook would be the promotions. Regardless of the money they make and the lifestyle the owners may have, if and when things go bad, they have to eat that. Fans and fighters often comment on things like running multi-million or billion dollar companies, managing fighter salaries and scheduling events, among other things, like they are experts. However, it’s not their money. They have no idea what goes into starting, building up and maintaining a business at this level. That’s not to say there aren’t good points or ideas there, but those points come from observation, not involvement. It’s easy to talk when you are not the one who has to fight or spend money.

Yet, it’s not the fighters nor the promotions we’re here to discuss. Those parties have been and will continue to be at the forefront of every discussion regarding money, popularity and exposure as it pertains to MMA. However, there’s another party that often goes overlooked. This is the party that contributes so much to the sport, but more times than not gets little to nothing from the sport other than experience, memories and exposure. I am talking about the MMA media.

If you cover combat sports, it’s usually a labor of love. If you cover MMA, it is definitely a labor of love. The opportunities to make money and establish a brand were never great. With the dip in ratings, overexposure of the product and lack of bankable stars, the opportunities to make any sort of living covering the sport are few and far between. It’s not a matter of quality — there are many well-versed, well-educated, well-researched, passionate and professional journalists, writers and analysts who cover the sport. It’s also not a matter of guys being unwilling to sacrifice, work or stretch dollars — their own, not a company’s — to get scoops, create content, research, travel and observe. We have a myriad of sites where people do these things on top of working full-time jobs and raising families, all so that an uneducated fan can be educated, a fighter who is being overlooked gets to tell their story, a fighter who is underappreciated can be seen in a different light, and fights that may not draw interest can be presented in a manner that can create a buzz.

The aforementioned things are what the MMA media does for this sport and these fighters. The NFL, MLB, NHL, NBA and NCAA all have proponents who champion the cause of the sport, explore the sport, make it more palatable to the fans, and make the athletes more relatable to the fans. Unlike these other sports, the MMA community doesn’t have the fan base, the sponsorship or the exposure that can establish, build and sustain the journalist in this field. The sport doesn’t have the history or the reach of the other “major” sports.

The amount of MMA events has never been bigger. The access to it has never been greater. So there are tons of fighters who need coverage, tons of events that need coverage, lots of technical and strategic aspects of the game to examine, as well as constant evolution in the quality of athletes and the various backgrounds they came from. So what’s the problem? Shouldn’t all these promotions, fights, fighters and match-ups be a boon for MMA journalists?

Under normal circumstances, the answer would be yes. The problem is, while there are a lot of subjects to cover, topics to address and organizations to attend, there is not a lot of money in the coverage of these fighters, the examination of MMA-related topics, or attendance of these events.

Coverage of all sports has been impacted. Layoffs at giants like ESPN have been widely reported. With traditional sports, though, there are many outlets and avenues to make money, establish a brand and build a career. Combat sports is different. The community is small, so everyone is competing for a very small group of fans. Numerous sites have high-quality writers, analysts and storytellers, and some of these sites have the support of bigger website giants. So, a very small segment of content creators in the MMA community are making the lion’s share of the money in a sport that has a very limited amount of legitimately invested and committed fans. This is unlike the other sports that have fan bases in every city.

Traditional stick-and-ball sports have so many avenues to create, build upon and maintain fan bases, which means there are many revenue streams in many platforms on a macro and micro level. That doesn’t exist in MMA, and if the signs are correct, they aren’t going to exist anytime soon. MMA had a peak, and even then it was hard to make a living covering the sport. Now that the sport seems to be trending down in numbers, popularity and reach, the chances of doing so decrease even further.

MMA, much like many combat sports, are a labor of love for the fighters and for the writers who cover them. Both parties do a lot of work, make a lot of sacrifices and, at the end of the day, have very little to show for it. There are only so many people of a talent or skill level to actively compete and make any sort of living in the sport. Likewise, there are a number of guys who produce high-quality work as journalists, but only a handful at the level where they can profit from their work. Worse yet, there is no clear path to making a living covering the sport.

The fighters love the sport and the promoters say they love the sport, but the people who really love the sport are the fans who pay for every pay-per-view, watch every card, and give respect to every fighter. The only people who love it as much as the fans are the people who cover it. The difference is, they use a discerning eye to uncover gems who may become elite fighters, they provide information to better understand the physical, mental and technical abilities of a fighter, they parse through the fighter’s history to tell compelling stories, and they break down film to provide insight and guidance in processing potential or upcoming fights. They spend the money and they put in the work. Their only reward is the experience and the work. It sure isn’t the money.