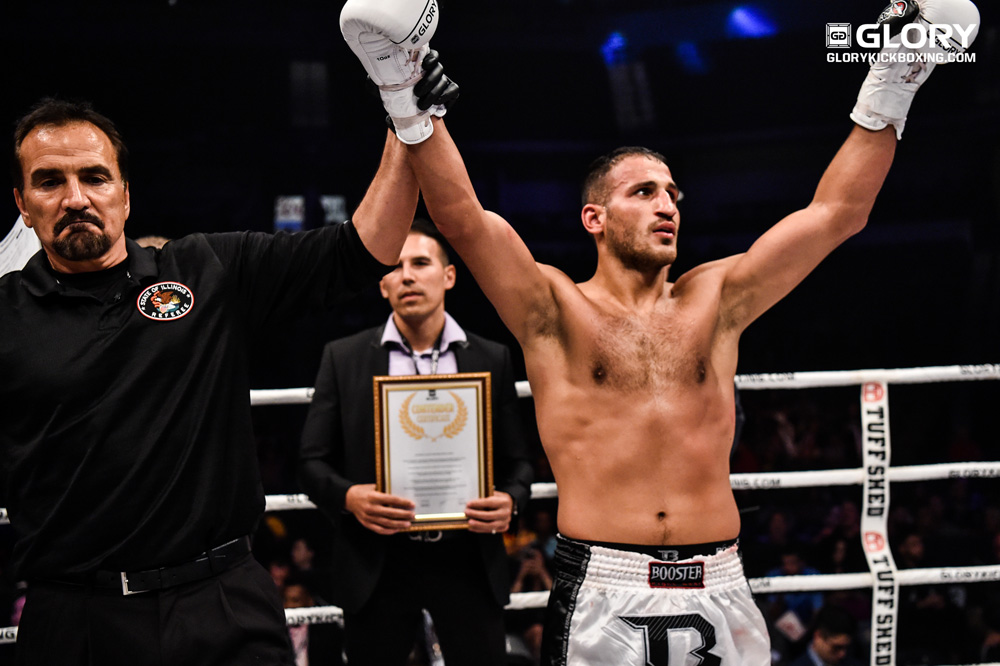 On Friday, Feb. 16, GLORY Kickboxing returned to the Windy City for its 50th event. The event took place from the UIC Pavillion located on the University of Illinois at Chicago campus.

In the night’s main event, welterweight champion Murthel Groenhart looked to make the first defense of his title against a familiar foe, Harut Grigorian. The pair had met twice previously, with Groenhart scoring second-round knockouts in both contests. However, the pair’s meeting at GLORY 42 was filled with controversy after a dazed Grigorian turned his back to Groenhart along the ropes and the Dutchman violently sent Grigorian to the canvas. The ensuing melee included fans entering the ring and assaulting Groenhart before order could be restored. Both fighters picked up wins at GLORY 44 – also in Chicago – to set up the title contest.

Also on the main card, the promotion hosted a one-night, four-man heavyweight tournament. Former title challenger Benjamin Adegbuyi took on D’Angelo Marshall in one side of the ladder, while Brazilian Guto Inocente met Junior Tafa in the other half of the bracket.

The night’s SuperFight Series card was headlined by a lightweight title tilt featuring the sport’s No. 1-ranked pound-for-pound fighter, Sitthichai Sitsongpeenong, who defended his belt against tournament winner Christian Baya.