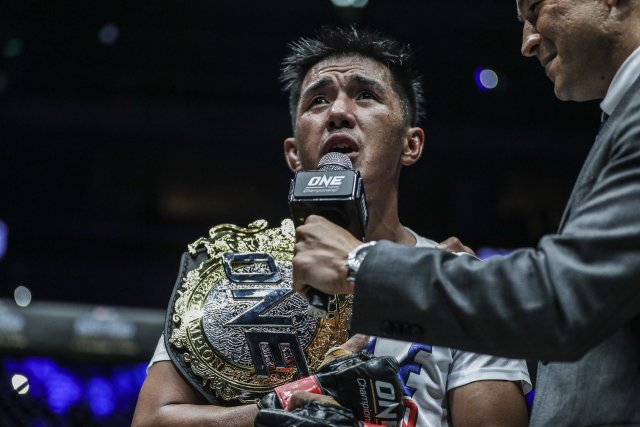 In the night’s main event, Kairat Akhmetov and Geje Eustaquio battled for the ONE interim flyweight title. The former champion Akhmetov defeated Eustaquio in September via split decision.