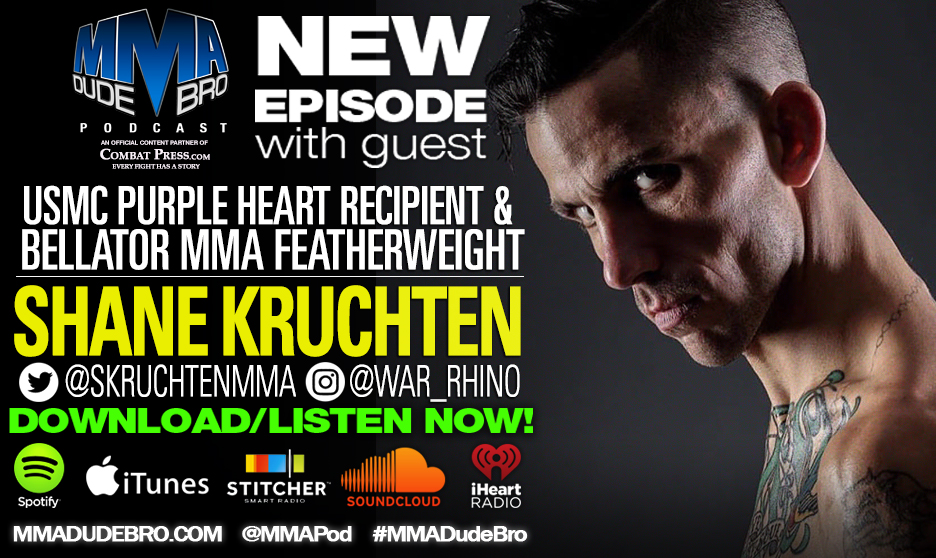 Welcome to the latest installment of the MMA Dude Bro Podcast, hosted by Ken Rodriquez.

On this episode, Ken was joined by Bellator 192’s Shane Kruchten (@SKRUCHTENMMA). The pair discussed Kruchten’s career in the United States Marines, including being honored with a Purple Heart. The fighter also detailed how he was initially shunned by the Marines after reaching out to them during the onset of his PTSD, how a botched suicide attempt was the catalyst for him to finding his true purpose and how jiu-jitsu has served to help keep the demons at bay.

As always, feel free to comment below or send feedback about the show to @MMAPod or @CombatPress on Twitter.