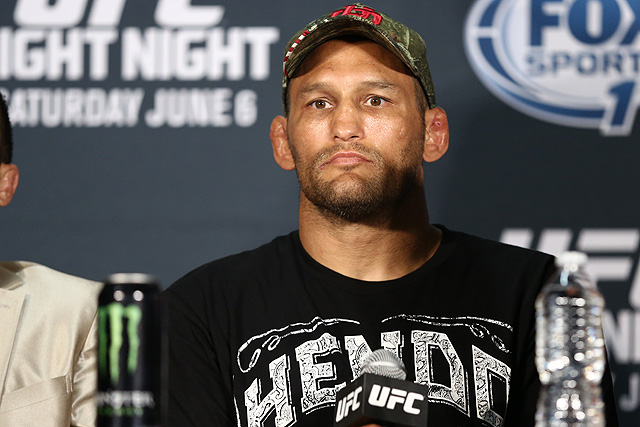 Retirement: The Most Taboo Word in MMA

Dominick Cruz. Dan Henderson. Michael Bisping. What more could be said of the storied careers of these fighters?

Cruz has been through a lot over the past 11 years. In that time, he has amassed an impressive 22-1 record, with the lone loss coming nine years ago to UFC 199 foe Urijah Faber. The most amazing part of Cruz’s journey has not been his fights inside the cage, but under the knife. Cruz tore his ACL in 2012, but his body rejected the cadaver replacement and Cruz was forced to go under the knife again.

As things were finally looking up for Cruz, it was announced in January 2014 that Cruz had torn his groin and was subsequently stripped of his UFC bantamweight title. That layoff lasted a total of three years before Cruz was able to make his triumphant return at UFC 178 in September 2014. Cruz shocked the world by defeating Takeya Mizugaki via a devastating first-round knockout — the first knockout victory of his UFC career. His last knockout finish came against Brian Bowles at WEC 47 back in 2010.

In January, Cruz was matched up with champion T.J. Dillashaw, who was frequently compared to Cruz in terms of footwork and style. It was a hard-fought battle that went the distance. Cruz emerged on the right side of a split decision to reclaim the title that he really never lost. Fans knew it would only be a matter of time before Cruz-Faber III was scheduled. It finally happened earlier this month at UFC 199. The outcome was just like before, except that Cruz dropped Faber in the second round and really was one step ahead of Faber round after round. So, where am I going with this breakdown of Cruz’s career?

Cruz has nothing left to prove. He has defied all odds, both inside the cage and out of it. He has defeated the only man to defeat him and he’s done so not once, but twice. He has kept his opponents in awe as his footwork and speed riddle were never solved. People have criticized the champion due to his lack of finishing fights. To counter that argument, I will point to Georges St-Pierre, who, with the exception of B.J. Penn’s corner throwing in the towel at UFC 94, didn’t finish an opponent in five years. Cruz’s fighting style has always garnered both praise and criticism, but he is the champion. That’s what really matters. And now it’s time for Cruz to step away when he’s ready, not when his body won’t let him go on anymore.

Where do you start with an MMA legend like Henderson? His UFC tournament win in 1998? His capture of the Pride middleweight and welterweight crowns? His unforgettable UFC 100 knockout of current UFC middleweight champion Michael Bisping? His win over all-time great Fedor Emelianenko? Or how about the fact that Henderson, at 45 years old, just recorded another win inside the Octagon?

Oddly enough, Henderson is not actually the oldest fighter to record a win inside the cage. That distinction belongs to Randy Couture, who won his bout against James Toney at the ripe age of 46. Henderson shocked the world last weekend with his brutal knockout of Hector Lombard by a combination of a head kick and vicious elbows. His post-fight speech didn’t fully address what most fans were expecting to hear — that dreadful word that sends shivers down the spines of the toughest and most prideful of men.

Henderson, much like Cruz, doesn’t have anything to prove to anyone. In his last 10 fights inside the Octagon, fans will see that father time has been less than kind to “Hendo.” In that span, he has recorded only four wins. Three of those four victories, however, came by way of technical or mind-blowing knockout. His loss to Lyoto Machida is still debatable, but that debate can be saved for another time. Henderson has literally fought the best of the best in multiple organizations. Unfortunately, the one title that has eluded him has been that of UFC champion. It’s a title that many cannot envision him ever obtaining, but quite frankly who thought that the aforementioned Bisping would become UFC champion after taking a fight on just 17 days’ notice?

Henderson has put a lot of wear and tear on his body. He has a chance to go out with a quite literal bang — his performance against Lombard will be hard to top. It would be nice to see an MMA legend actually walk away on a high note. “Hendo” has been amazing and fun to watch, but now it’s time to sit back and enjoy life. He should train those coming up the ranks and embrace the legacy that can never be taken from him. On a side note, regardless of relevance, who wouldn’t want to see Bisping vs. Henderson II for the UFC middleweight title? I know I would.

That brings us to the last of the retirement talk. Bisping. Yes, he just won the middleweight title and is feeling like no man can beat him right now. Yet, Bisping finally captured the one thing that has eluded him for over a decade: a UFC title shot. Furthermore, the Brit was able to capture the title on short notice against a man who had previously defeated him with relative ease. He truly fulfilled the “destiny” that he had so badly sought after.

How could Bisping go out on a higher note than that one? Yes, many will argue that a trilogy bout with Luke Rockhold needs to happen immediately, and Bisping has said he wants Rockhold to fight a few more guys before he gets his shot at redemption. However, the answer is clear for Bisping, even though the definition of a champion is defending it.

Walk away. What better time to do so then when Bisping has achieved what had been chasing for a decade? Let Rockhold and Chris Weidman battle it out for the vacant title, or let Ronaldo “Jacare” Souza in on his aspirations of UFC gold. Regardless, Bisping should walk away on a high note and continue his role as an amazing analyst.

Retirement for a mixed martial artist is such a taboo word. But it really doesn’t need to be. Many fighters — Chuck Liddell, for example — just didn’t know when to stop, because fighting was truly engrained into their DNA. It was something that they lived for. It was something they craved. Yet, going out on top is something that many fighters really need to consider nowadays. They need to think about their future and the family that they have. Bisping and Cruz have careers ahead of them as analysts, and “Hendo” could easily make a living training those who want to become just like him.

No one can tell a fighter to stop fighting. It’s a decision that they have to come to on their own, with the advice of their coaches, teams and families. But when you get to the point where you are not able to match the level of competition or you have nothing left to prove, it’s time for that taboo to face away. It’s time for Cruz, Henderson and Bisping to realize that they have fulfilled their destiny.