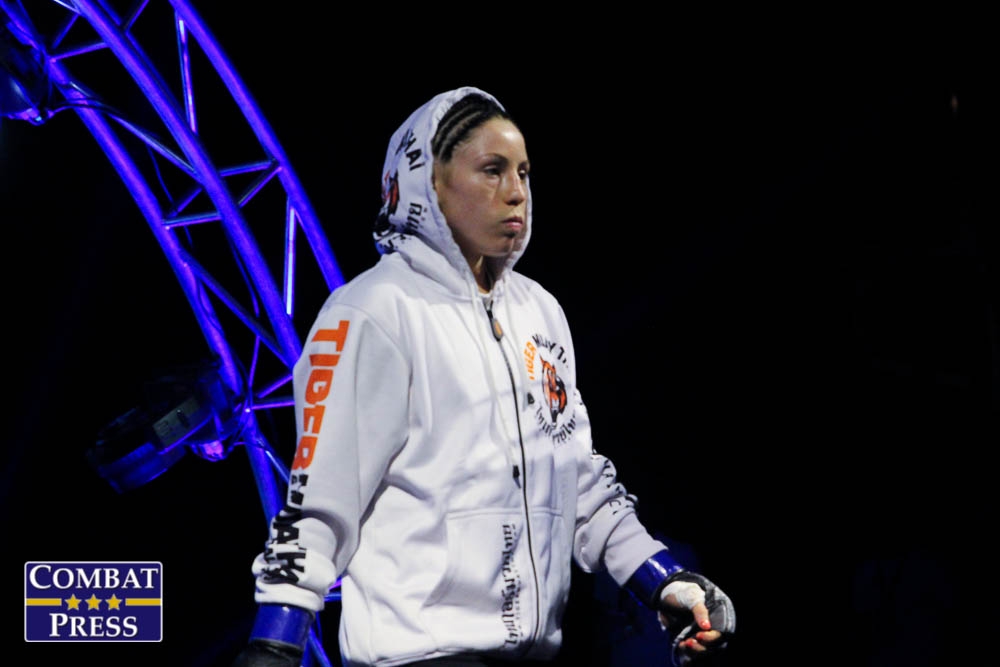 Invicta FC 27 will be the Invicta promotion’s first event in 2018. The card features a bit of everything for fans. There are veterans, such as Pannie Kianzad, who want to right the ship and stop their losing skids. There are new talents, like Jade Ripley, who want to take full advantage of the opportunity. There are also fighters with stories that display the sacrifices they make to live out their passion. One such story is that of Invicta strawweight Mallory Martin, whose journey has taken her thousands of miles away from home, all in pursuit of a dream.

“When I first started, I knew I wanted to become a professional fighter,” Martin told Combat Press. “When I first started training, that was my goal. When I had my first amateur fight, I was like, ‘Oh, I want to do this again,’ and it was really exciting.”

Martin had her amateur fight in Colorado, where she lived and grew up. It was her comfort zone. For her, taking the next step in her career meant leaving the confines of the Rocky Mountain state. So, she pounced on an opportunity to make her career much more than just amateur fights in Colorado.

“I found out about Tiger Muay Thai sponsorship tryouts, and you have to send in an application,” said Martin. “So, I sent in the application not thinking I’d get an email back or anything. I was still an amateur at the time. I got an email back a few weeks later saying that I was invited to go try out, so I went out and was like, ‘OK, I’ll give it everything I got and see what happens.’ I ended up winning a scholarship, then flew back home the day after. I fought two weeks later and won a 115[-pound] amateur belt. Then I flew back a week later from that fight and moved to Thailand. It was a great opportunity that I couldn’t pass up.”

Quickly acclimating to the change of scenery, Martin made her pro debut next. Fighters usually have a lengthy camp when gearing up for a fight, but the fight game is always wildly unpredictable.

“I took a pro fight and my debut on like six days’ notice in Beijing, China,” said Martin. “One of my coaches called me and said they needed an opponent for 125 [pounds] in Kunlun in Beijing, China, and asked if I wanted to take it.”

Martin was down for the challenge.

“I have a lot of belief in my coaches,” she said. “So I said let’s do this. It was a really good experience, just being able to travel and go to a completely different country. Just fighting out there where you couldn’t understand anyone, fighting someone from their home country, [it was] an experience I’ll never forget.”

Thailand and Tiger Muay Thai now serve as home to Martin. Every day, the experiences are much different than back in Colorado, where Martin worked at an after-school program with kindergartners.

“It’s phenomenal,” said Martin. “You see so many different faces and so many different looks of styles. You have the toughest fighters in ONE FC, the toughest fighters in Kunlun, and top fighters from the UFC coming to train there, so you get experienced fighters to train with and test yourself against. Just that alone is phenomenal. And being able to train with Muay Thai trainers, and learn from them and hit pads with them is a big step in your game. The coaches there, that’s their lifestyle too. They’re there to just coach us. Everyone is there to each other.”

“I have a whole lengthy career ahead of me,” she said. “I just started. I think every fight is an opportunity to get experience and to learn and grow as a fighter. And I feel that’s what 2017 was for me, was to grow and learn. Those two losses, those two experiences dealt with, I overcame and [it] helped me grow. I felt I was at a plateau, and I feel now I’ve gone over that plateau. Physically, I feel it. Like, whoa, everything is different now.”

Now, back in the Invicta cage and with a new year full of hopes and dreams, Martin has the opportunity to put 2017 behind her. Her opponent, Tiffany Masters, will soon be across the cage, ready to send Martin back to Thailand with a loss. It’ll be Martin’s job to make sure Masters won’t have anything to celebrate.