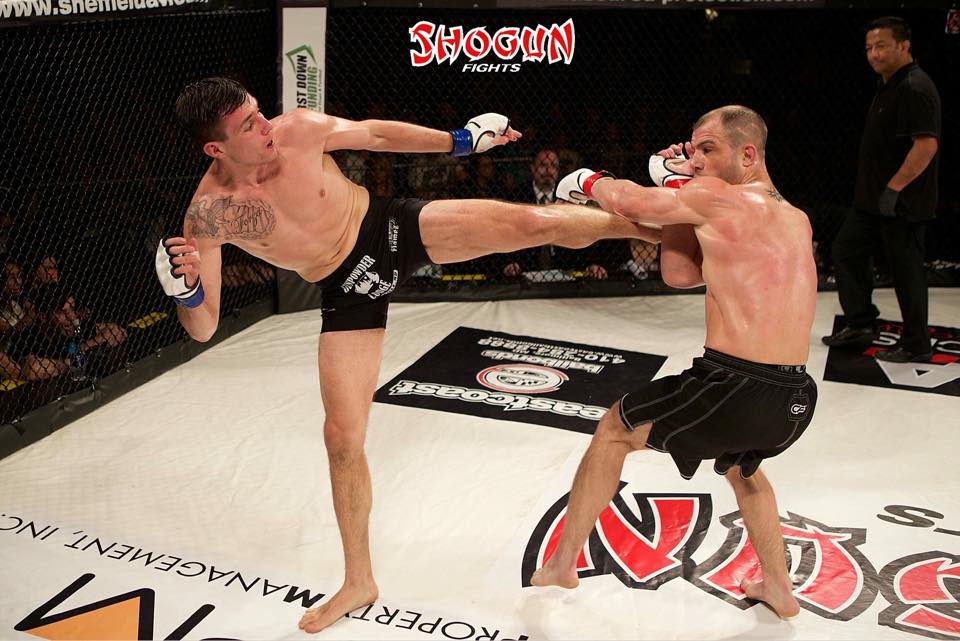 One of the best things about the city of Baltimore is its diversity. If you walk a few blocks in any direction, you can go from the Inner Harbor on the Chesapeake Bay to eclectic neighborhoods such as Mount Vernon, Canton and Fells Point.

One particularly well-known neighborhood within a neighborhood in Baltimore is Fells Point’s “Little Italy,” which has a couple of the city’s best restaurants. It’s this same work ethic that you find in any restaurant kitchen that drives Shogun Fights welterweight Maik Ferrante. He turned pro in 2015 as a middleweight after winning his lone amateur fight. He was knocked out in his debut, but it just drove him to work harder.

“I come from a blue-collar family, so I just started going to the gym twice a day and started putting the work in like that,” Ferrante, whose record sits at 3-1, told Combat Press.

Ferrante grew up in Baltimore. He played football, ran track and wrestled in high school. He was supposed to wrestle in college, but an injury during a regional tournament derailed his hopes at a scholarship. Ferrante switched to training in jiu-jitsu.

Ferrante’s next three fights after losing his pro debut took place in the Baltimore-based Shogun Fights, and he sports an undefeated record in those bouts. Ferrante won his last fight at Shogun Fights 16 in April by submitting his opponent in the first round.

“I like that Shogun Fights is in my backyard in east Baltimore,” Ferrante said. “I can put on a show in front of my family and friends, and each card has more talented guys fighting on it. [Shogun Fights owner] John Rallo does a good job bringing in guys, and each card is like a social event, with the parties that happen before and after the fights.

“It’s usually the most highly attended MMA event outside of the UFC. There’s more competition here in Maryland.”

Ferrante’s three-fight winning streak for Shogun Fights has led to a welterweight title shot at Shogun Fights 17 on Saturday, Oct. 7, against champion Micah Terrill, who sports a 10-7 mark. Ferrante views his title fight as the “next step” in his career, he said, adding that he expects to “keep working [his] way up the ladder” to an eventual spot in either the UFC or Bellator MMA.

“But I’m looking at it like any other fight,” Ferrante said. “I have three wins in a row, and I’ve earned it. I’m going to go out there and get business done and do what I do. I’m an Italian-American — the first in my family to be born in the United States. I want to bring pride to Italian-Americans, because there’s not a lot of us that fight MMA. I want to represent the old country and instill a good sense of pride in the Italian people.”