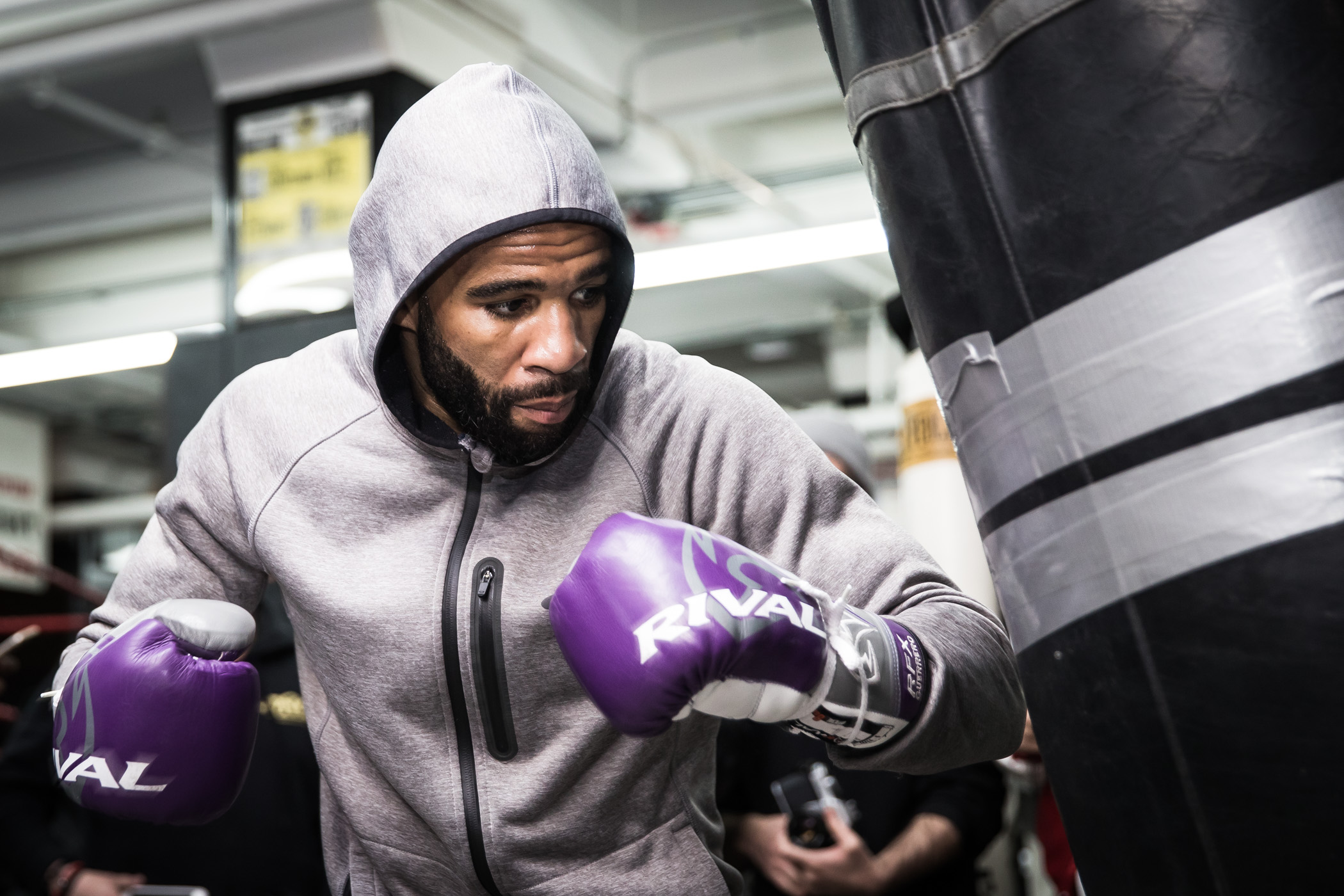 IBF Welterweight Title Challenger Lamont Peterson: ‘Do it for D.C.’

Lamont Peterson has been persevering his entire life.

His story has been well documented inside the boxing world. His father was imprisoned and his mother battled alcoholism. By the age of 10, Peterson and his brother were homeless, sleeping wherever they could.

The streets didn’t break Peterson, though. They only molded him into the man he is today, and that man is just a few days away from headlining Showtime Championship Boxing with an opportunity to dethrone Errol Spence Jr. as the IBF world welterweight champion.

“I often go back and think about just how blessed I am, as far as actually living out what we call a dream,” Peterson told Combat Press. “This is something I wanted to do at a very young age, as far as I can remember, 5 or 6 years old. How many people actually get a chance to do exactly what they set out to do and plan to do? I think that’s a blessing. I’m happy and appreciative of that.”

Peterson relishes the opportunity to serve as a role model. As a star in his sport, he’s been using his platform to give back to the community in which he was raised. An active member of the So Others Might Eat (S.O.M.E.) charity organization, Peterson does his part to help end a vicious cycle of homelessness. Right now, over 8,000 people are homeless in Washington, D.C. Peterson is all too familiar with this scenario from his own past. So, whether it’s working with S.O.M.E or reaching out to the youth, Peterson won’t just sit back and do nothing.

“I’m always gonna stay active with that,” said Peterson. “Right now, the holidays that just passed, I wasn’t as active as I usually will be, because of the big fight coming up. I had to keep my attention there. But me and my brother are always constantly trying to reach out to the youth, the kids at the gym. Just try to go to the schools and talk with the kids some. And that’s something that we’ll continue to do, even after boxing.”

At the gym, the kids’ eyes are always on Peterson. They see boxing as a way to better their lives. Most probably think to themselves, “If Lamont can do it, why can’t I?” That’s led to a special bond between Peterson and the kids that are active where he trains, at the Bald Eagle Gym in Washington, D.C.

“Those guys, they really look up to me and my brother,” Peterson said. “We definitely try to be good role models for them. They see a way out, and they see it through me, my brother and other fighters. I just know that with me winning, and I say, ‘Do it for D.C.’ I do it for those who strive to be something, and it doesn’t even have to be boxing. Just know that with me having a big victory, it just puts more light on whatever they want to do and makes their dreams more clear and reachable. I hope to continue to inspire the youth.

“The same thing when we were younger — we had good guys that we looked up to. Coach Barry Hunter, he was always there to teach us. Not only [teach us about] boxing, but life. Another one of my trainers, Patrice Harris, he’s the one that actually brought me to the gym. Pretty much brought me to the gym, because I was always fighting on the street and he basically told me that if you want to fight, you come in here, it’s safe and if you get eventually good enough, you get paid for it.”

Peterson has become good enough. He’s been paid handsomely for his work inside the ropes, too. A veteran of 39 fights, Peterson has fought the best in the world. He’s also beaten the best. Most recently, he bested David Avanesyan in February 2017. That was his first fight since 2015. The physicality of the sport and the business side of boxing has played a part in Peterson not being as active as he would like.

“It’s been a bit of everything,” he said. “Injuries that occur. I’m always in the gym, staying ready. But injuries have occurred. At the same time, not being as lucky with certain fights that I held out for, and for good reasons, like the fight with [Miguel] Cotto. That was on the table, pretty much guaranteed to me, and I waited around for that a lot and it didn’t go through. [I’ve been] trying to find the right division, the right fight to get, and things to line up.”

Now, Peterson is a few days away from confronting Spence Jr. The media around the fight is centered on the champ. Boxing pundits expect Spence to continue his undefeated ways. There’s not so much chatter on Peterson having a chance. He’s going in as the underdog. With so many people saying he’s set to lose, has it gotten to the challenger?

“The way I deal with things is, you don’t let anything bother you,” said Peterson. “You don’t let distractions come in. You just leave it right there at the door. Don’t listen to it. You do what you’re supposed to do in the gym and go in there and fight and do what you’re supposed to do and let things play out. Never worry about what anyone says. I don’t have anything to prove to anyone. I don’t care if a billion people on the planet think he’s gonna win and only one thought I was gonna win.”

Peterson has defied the odds before. Now, he has a chance to defy the odds yet again.