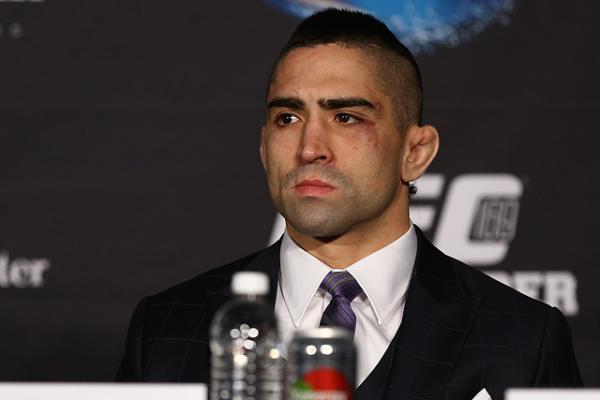 Mixed martial arts is a cutthroat sport. As fans, we don’t often get what we want. When the right fights do come together, we cross our fingers and hold our collective breath in hopes that they don’t fall apart.

All I want for the year ahead is for the UFC to roll out more weight classes.

Ideally, the entire landscape of MMA should adopt a set structure of divisions. We all know that if UFC President Dana White gets the ball rolling, then all the other promotions will follow suit and bolster their rosters as well.

Earlier this year, the California State Athletic Commission greenlit four new weight classes: 165 pounds, 175 pounds, 195 pounds and 225 pounds. The divisions are technically available now, but it’s up to the individual promotion to create these divisions and subsequent titles.

Therein lies the rub. White has said time and time again that the UFC would not add anymore weight classes anytime soon. We all know White to be truthful all the time and never go back on his word, right?

Yeah, not so much. The boss man has flip-flopped a few times in the past, most notably about women’s MMA being promoted in the UFC.

With all the innovations and improvements constantly being tested out to see if they are in fact pragmatic for MMA, you would think additional weight classes would be a gimme.

Never has the need for more weight classes been more obvious than right now, either. We saw this glaring need play out not once, but twice at the UFC’s last event on Fox when Tim Elliott refused to fight Pietro Menga because Menga was going to miss weight by at least five pounds. That’s halfway to the next division, by the way. Then, on the very same card, Ricardo Lamas decided to take a fight against Josh Emmett, who had missed weight by two and a half pounds. It didn’t turn out to well for Lamas, who was knocked out in one of the biggest upsets of 2017.

These are two very different outcomes, but essentially the same situation. Emmett moved up in the UFC rankings despite missing weight, and Elliott was more or less bashed by an uneducated MMA fan base.

This is just the most recent example to an issue that has plagued MMA for a long time. In years past, there was never a clear way to structure a new weight-class system. Now, however, the CSAC has done all the work for us. The UFC just needs to do its part and roll out these new weight classes.

So, all I want in 2018 is for the UFC to open up more weight classes. After all, ever since WME-IMG took over the company, decisions have largely been based on revenue. More titles equal more money.