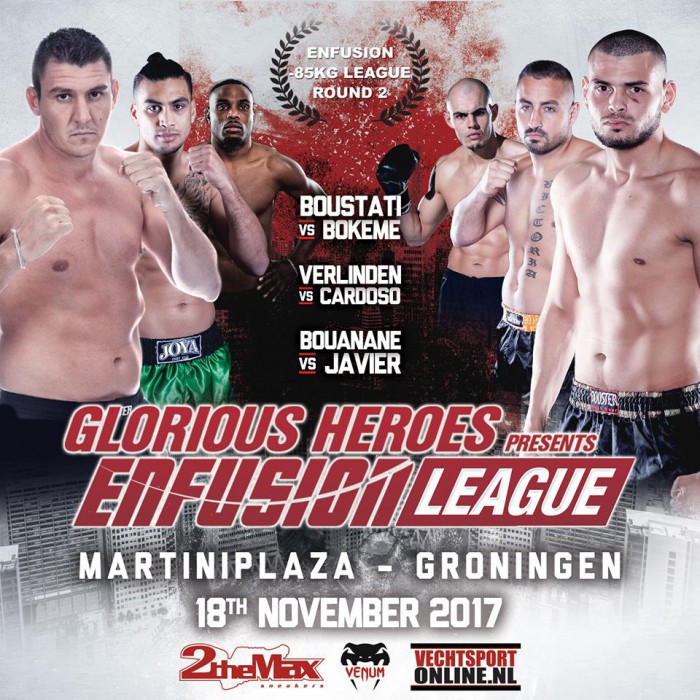 On Saturday, Nov. 18, Glorious Heroes presents the second round of the 85-kilogram Enfusion League from Groningen, the Netherlands.

The event airs live at 1 p.m. ET on Enfusion’s streaming service. Check back following the event for the full results.