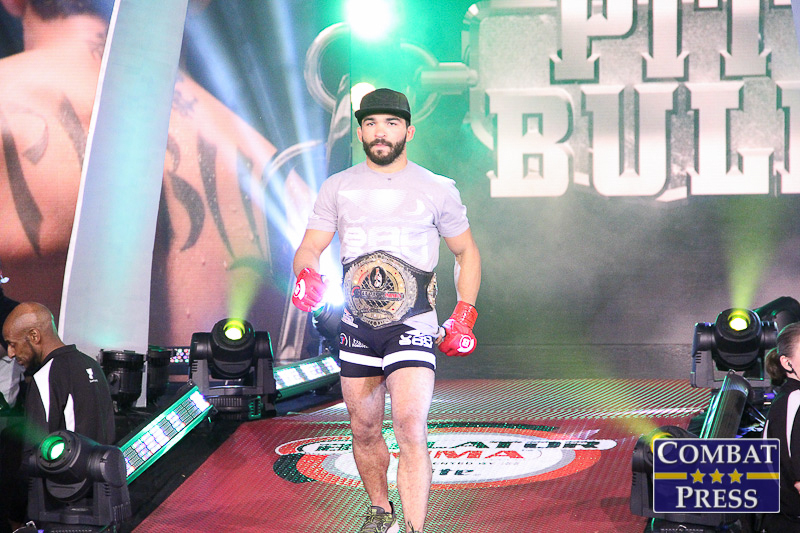 Bellator MMA Should Focus on Quality, Not Quantity

Much like the quality of the turkey that millions of Americans consumed last week for Thanksgiving, the last couple of fight cards for Bellator MMA have been very lean, to say the least.

As Bellator continues to grow and emerge as a competitor and the primary alternative to the UFC, one of the noteworthy steps the promotion has taken is expansion into international markets. Bellator has really focused on entering Europe over the last couple years. The company has put on fight cards in Hungary, Ireland, Israel and Italy, among other places. The UFC has also made inroads overseas as part of its bid for global MMA domination, so it only makes sense for Bellator to follow suit.

While fans in other countries are certainly grateful for the opportunity to watch live MMA from a promotion like Bellator, the promotion’s last two fight cards in Ireland and Israel left much to be desired from a star-power perspective, frankly. In fact, the most noteworthy occurrence at Bellator 187 in Ireland earlier this month had absolutely nothing to do with the action inside the cage. Instead, it involved UFC lightweight champion Conor McGregor, who was there to cheer on his teammate and ended up rushing the cage and almost getting into a brawl with a referee.

As irony would have it, news of McGregor’s appearance on the tape-delayed Bellator 187 broadcast led to a ratings spike of 1 million viewers for a card that was otherwise bereft of marquee names. The card primarily served as a showcase for Irish fighters like Charlie Ward, Sinead Kavanagh and Brian Moore, none of whom are household names.

Bellator actually planned to have a title fight headline its next November card, Bellator 188, in Israel. Unfortunately, featherweight champion Patricio “Pitbull” Freire had to withdraw from his fight with Daniel Weichel because of injury. Bellator decided not to book any kind of marquee fight to take its place, and the fight card once again primarily served as a showcase for local fighters. The main event of Bellator 188 featured promising Israeli featherweight and UFC veteran Noad Lahat, who won a fight against Jeremiah Labiano by unanimous decision. But once again, neither fighter was going to move the needle.

Unfortunately, without a surprise appearance by a UFC champion to boost viewership, the ratings for Bellator 188 did not even reach 500,000 viewers. Bellator is wrapping up six consecutive weeks of fight cards (there was a minor, untelevised event on Thanksgiving weekend) with Bellator 189 on Friday, Dec. 1, and Bellator 190 on Saturday, Dec. 9. Fortunately, both events feature headlining title fights and undercards that include names familiar to Bellator fans, such as David Rickels, Hisaki Kato, Chris Honeycutt and Chidi Njokuani.

Much like the UFC has likely been prompted to sometimes put on subpar fight cards on both free television and pay-per-view because its agreement with Fox probably stretches its bloated roster a bit thin, it’s likely that Bellator’s agreement with Viacom requires it to broadcast a certain amount of content on Spike TV. Unfortunately, this stretches its roster thin and leads to drawbacks like unexpected injuries to its champions, which in turn causes Bellator to put on the occasional dud of a fight card like Bellator 187 or 188.

On the bright side, it’s likely that Bellator will turn the page on putting forth a subpar product when 2018 begins.

The promotion’s first fight card of the new year is already off on the right foot, as it is currently headlined by a welterweight championship fight between titleholder Douglas Lima and challenger Rory MacDonald. Bellator also recently announced a heavyweight grand prix tournament to crown a new heavyweight champion in 2018. The bracket for this tournament features a who’s who of MMA, including Fedor Emelianenko, Frank Mir, Chael Sonnen, Quinton “Rampage” Jackson, Roy Nelson, Matt Mitrione, Muhammed “King Mo” Lawal and Bellator light heavyweight champion Ryan Bader.

Bellator recently crowned its first women’s flyweight champion in Ilima Lei-Macfarlane, who has multiple worthy challengers to her throne. Bellator’s featherweight and lightweight divisions are still among the deepest in all of MMA, so there should be no shortage of quality fights there, either.

Bellator’s recent struggle isn’t a question of talent. Anyone who says otherwise has no idea what they’re talking about. If Bellator focuses more on the quality of its fight cards, instead of the quantity, it can continue to grow and prosper as we embark on a new year.