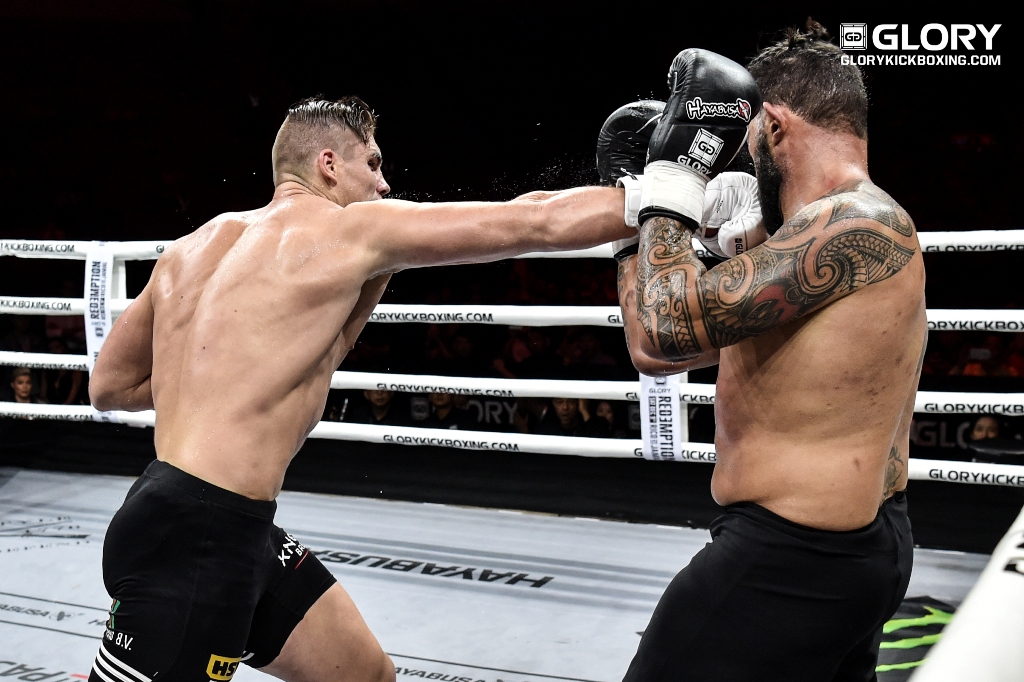 One under-the-radar event this weekend came from Bellator MMA. It’s still puzzling why the promotion would promote fights at NASCAR events, but give those same fights so little exposure outside of the venue. The Talladega show featured three pro fights and one amateur bout. Jonathan Pearce moved to 6-3 in the headliner, but the real draw for MMA fans here was probably the autograph-signing session for Bellator stars Michael Chandler and Roy Nelson. This definitely isn’t Bellator’s answer to the Dana White Contender’s Series.

Yoni Sherbatov might have flamed out early in The Ultimate Fighter 24, but the flyweight redeemed himself with an upset victory this weekend at Absolute Championship Berkut 72. The TUF alum squared off with UFC veteran and former Bellator champion Zach Makovsky and emerged with a unanimous-decision victory.

The Ultimate Fighter 24 finalist Hiromasa Ogikubo defended his Shooto flyweight title against Tadaaki “Onibozu” Yamamoto, who was riding a six-fight winning streak. Ogikubo locked in the first-round submission with a rear-naked choke in the final minute of the round. The 30-year-old champion has won nine of his past 10 fights. His only loss in that span came against UFC title challenger Tim Elliott. Ogikubo remains one of the world’s best flyweights outside of the UFC.

Shoko Sato finally won his first major title in Japan with a victory over former champion Keita Ishibashi in a Shooto bantamweight title affair. Sato is undefeated in his past six fights and seems to finally have lived up to the hype he received while coming up in the sport 10 years ago.

Yosuke “Tobizaru” Saruta captured the vacant Shooto strawweight title when he knocked out hype Japanese MMA prospect Ryuto Sawada in the fourth round. Saruta is unbeaten in his past six fights. The win over Sawada is his best since a decision victory over UFC vet Shunichi Shimizu over three years ago.

The Rizin Fighting World Grand Prix 2017 went down this Sunday, Oct. 15, in Fukuoka, Japan. In the main event, unbeaten Japanese MMA prospect Rena Kubota survived the back mount from former King of the Cage champion Andy Nguyen and turned the fight around with some impeccable punches to the body. Kubota stopped Nguyen in the first round with a monster left hook to the liver that sat Nguyen down for good. One of the greatest female kickboxers ever, Kubota continues to showcase her skill level in MMA. She is now 5-0 in her new sport.

Tenshin Nasukawa remained unbeaten in his professional combat-sports career. The high school superstar has 20 victories and no defeats under Muay Thai and kickboxing rules, four wins under MMA rules, and one win under mixed rules, bring his combined pro record to 25 wins and no losses. The 19-year-old picked up the decision victory over talented amateur boxer Yamato Fujita after a solid learning experience for the young fighter. Nasukawa dropped Fujita in the first frame, but he couldn’t find the finish. Nasukawa didn’t have much in the way of answers of how to get back up after he was taken down, but he did dominate once the fight was on the feet.

In the evening’s super atomweight grand prix, Irene Rivera submitted Miyuu Yamamoto with an armbar in round two, Japanese prospect Kanna Asakura used her grappling to defeat Sylwia Juśkiewicz, and Brazil’s Maria Oliveira outstruck Alyssa Garcia on her way to the semifinals.

Elsewhere on the card, “Wicky” Akiyo Nishiura earned one of his biggest wins in the past few years with a decision nod over kickboxing legend Andy Souwer. “KING” Reina Miura continued her unbeaten run with a victory over Cristiane “Cyborg” Justino disciple Crystal Stokes. Finally, 20-year-old Brazilian Gabriel Oliveira shocked the crowd when he knocked out Japanese MMA legend Tatsuya Kawajiri with a knee in the second frame.

Fight Nights Global hosted its 77th show on Friday. UFC castoff Nikita Krylov, who went 7-3 inside the Octagon before the promotion opted to let him walk, scored his second post-UFC victory when he landed a knee just 43 seconds into his bout with former Bellator light heavyweight champion Emanuel Newton. How Krylov can be overlooked by both the UFC and Bellator is a complete mystery. He might not be a future champ, but he’d definitely bring a lot to either promotion’s 205-pound ranks.

George Groves got a fourth-round knockout win over Jamie Cox in England to advance in the World Boxing Super Series. Cox came out aggressively and tried to slug it out with Groves, but Groves proved to be too powerful for Cox. A perfectly placed body shot in the fourth dropped Cox for the count. Groves will face Chris Eubank Jr. in the semifinals of the tournament.

Abner Mares was able to win a lopsided technical decision over Andres Gutierrez. Mares dominated Gutierrez throughout the fight with the slicker boxing skill and opened a severe cut on Gutierrez that eventually forced the stoppage. The fight should’ve been a TKO victory for Mares, as the cut on Gutierrez’s eye was caused by a punch.

Leo Santa Cruz defeated Chris Avalos in a one-sided defense of his featherweight title. Avalos is a game competitor, but he was outmatched the entire fight by Santa Cruz. After several rounds of punishment, the referee decided he’d seen enough in the eighth round and awarded the TKO victory to Santa Cruz.

Jarrett Hurd and Austin Trout engaged in an excellent fight to open up the junior middleweight card on Showtime. Trout fought exceptionally well early on in the fight. He landed several clean shots on Hurd. Trout was well ahead after the first six rounds. He had also opened a pretty severe cut on Hurd, but Hurd kept on coming and began to hurt Trout repeatedly starting in the seventh frame. After Hurd landed a lot more heavy blows and hurt Trout noticeably several more times between the eighth and 10th rounds, Trout’s corner wisely called a halt to the fight. Trout was simply taking too much punishment.

Jermell Charlo scored a sensational first-round knockout over Erickson Lubin in defense of his junior middleweight title. After a brief feeling-out period, Charlo threw a jab and Lubin ducked down to avoid it. As a result, Lubin was nailed by an uppercut from Charlo which dropped him to the mat. The knockout was scary. Lubin was not able to get the right side of his body to work while on the ground due to the trauma of the shot, but thankfully he was able to recover his motor skills and regain his senses after a few seconds. Lubin seems to be in good health.

Erislandy Lara won a dull unanimous decision over U.S. Olympian Terrell Gausha in the main event of the Showtime card. There’s not much to report here. Lara won the fight comfortably, but stunk out the joint in the process. Several fans left the arena during the fight.

One of the world’s best kickboxers, Giorgio Petrosyan, returned on Saturday in Italy. He continued his winning ways with a unanimous decision over Chris Ngimbi to win the ISKA world title.

GLORY’s first trip to China had its fair share of interesting storylines. Brazilian Alex Pereira put together one of the best performances of his career, dominating Simon Marcus to capture the promotion’s middleweight title. Marcus’s luck in China appears to be sour, as he has suffered two of his last three losses outside of North America.

The promotion’s heavyweight king, Rico Verhoeven, had better luck in his return to China. Competing against former UFC title challenger Antonio “Bigfoot” Silva in a non-title affair, Verhoeven simply outclassed the Brazilian and earned a second-round TKO victory. Despite the outcome, it’s still puzzling why this fight took place at all. Verhoeven was as much as a 70-to-1 favorite against a fighter who had suffered knockout defeats in seven of his last 10 MMA bouts. At what point does fighter safety become more important than selling tickets? GLORY is hardly the first promotion to do such a thing, but with fighters like Mark Hunt complaining about memory loss, fights like this should not happen.

Also on the card, Chenglong Zhang thrilled the crowd in his home country with a pair of decision wins to take home the night’s featherweight contender tournament, and Hongxing Kong needed just 35 seconds to score a knockout in the promotion’s first sanda bout. This is a good sign for the future of GLORY in China, as it will need homegrown talent to justify making the trip to eastern Asia on a regular basis to compete with the likes of Kunlun Fight and Wu Lin Feng.