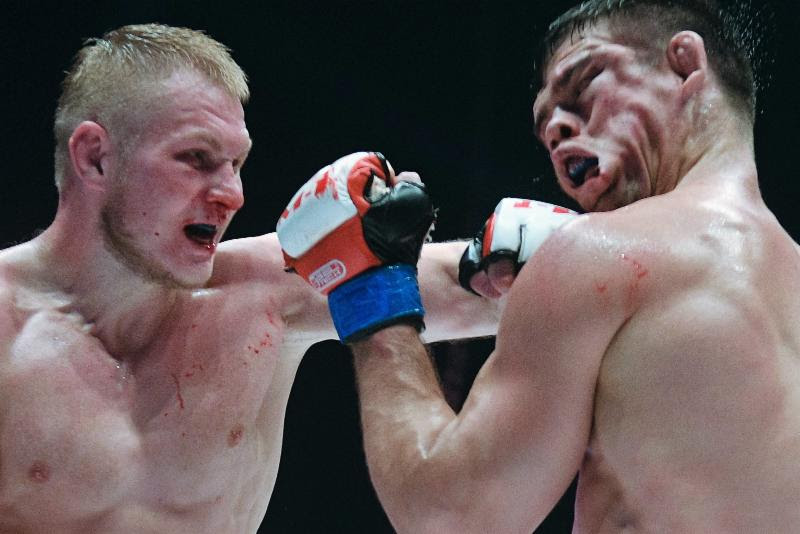 In the night’s main event, the promotion’s welterweight title will be on the line as Alexey Kunchenko took on Sergey Romanov. The champion Kunchenko earned his third title defense, having bested Maksim Grabovich and Murad Abdulaev in his previous two outings. Romanov entered the contest having won 10 straight fights.