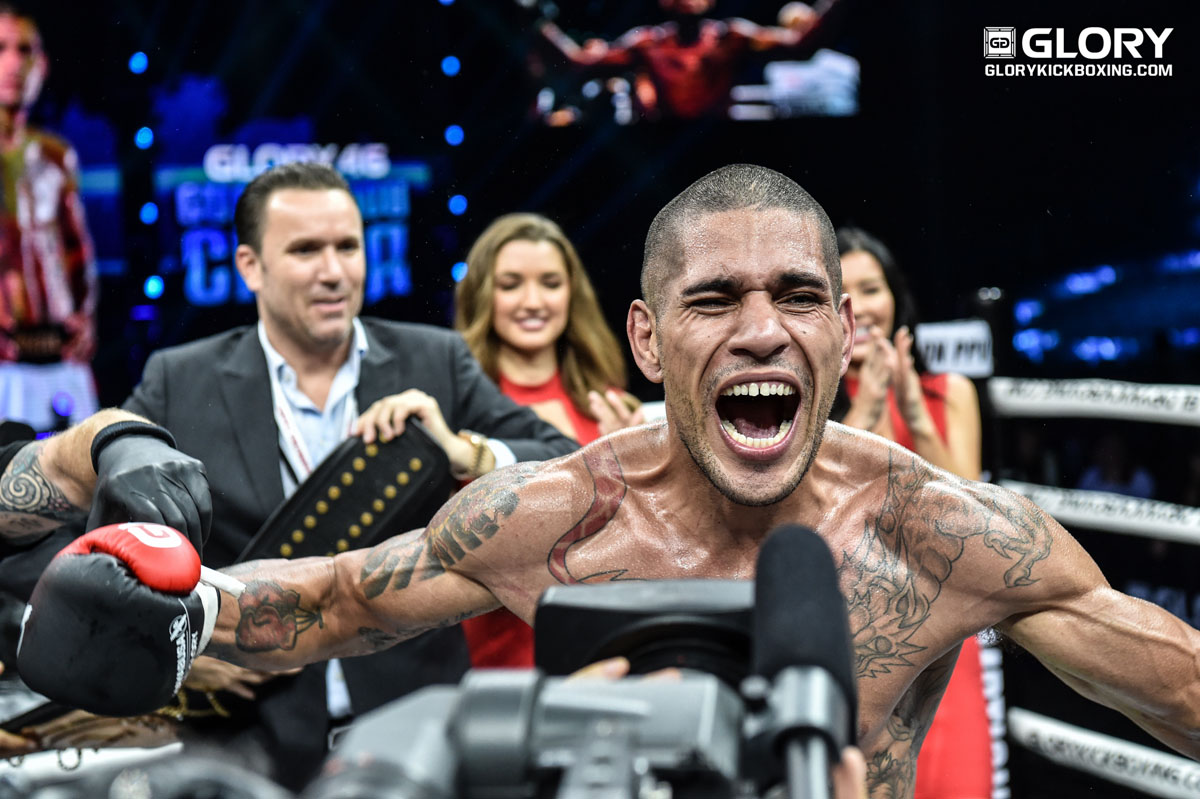 GLORY Kickboxing made the promotion’s inaugural journey to China, on Saturday, Oct. 14, for GLORY 46: China.

The GLORY middleweight title is on the line when champion Simon Marcus attempted to defend the title for the first time against Brazilian challenger Alex Pereira. Marcus reclaimed the middleweight crown with a close victory in the rubber match with Jason Wilnis at GLORY 40. Pereira knocked out Maycon Silva in the second frame to defend his WGP Kickboxing 85-kilogram title outside of the promotion in August.

In the night’s SuperFight Series headliner, GLORY heavyweight champion Rico Verhoeven took on former UFC title challenger Antônio “Bigfoot” Silva in a non-title affair. Verhoeven had won 13 straight fights in GLORY with his lone defeat in that span coming outside of the promotion against Andrey Gerasimchuk at Kunlun Fight 15, the last time Verhoeven competed in China. Silva made his kickboxing debut as a heavy underdog.