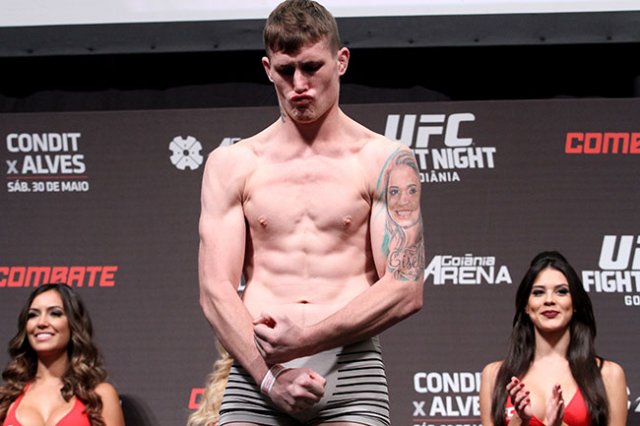 Darren Till and Marcin Held: UFC Gdansk Features Next Wave of European Stars

The UFC Fight Night 118 card may be the best lineup of fights for a Fight Pass exclusive show thus far.

This weekend in Gdansk, Poland, all eyes will be on Donald Cerrone and Darren Till as they collide in the main event.

It’s thrilling that Till has finally been given a huge opportunity to showcase his talent. He is young, brash and confident, and he has a tremendous skill set. That being said, did the matchmakers overplay Till’s momentum and undervalue Cerrone’s experience?

No. This is a massive spot for Till. Although he is young, he composes himself beyond his years. He will rise to the occasion in Poland.

By no means would it be a surprise if “Cowboy” Cerrone came out guns blazing and added another knockout to his highlight reel. However, it seems like Cerrone’s better days are behind him. The 34-year-old is on a two-fight skid that includes a knockout loss to Jorge Masvidal.

One of the fights that has not been getting the coverage it deserves is the lightweight clash between Marcin Held and Nasrat Haqparast.

When Held signed with the UFC, big things were expected from the Polish grappling ace. Things have not worked out in his favor so far. He lost his first three UFC contests, although it should be pointed out that even Joe Lauzon felt as though Held did enough to win their fight.

There is no doubt that Held has had a rough go since signing with the UFC. Yet, the powers that be did indeed decide to give Held another go in his own backyard. At just 25 years old, Held still has a legitimate shot at making a run at the lightweight elite.

WME-IMG, the new owners of the UFC, are looking for the next wave of superstars. Fight Night Gdansk is a sneaky good fight card, with plenty of intriguing match-ups and top contenders competing. This will without a doubt be the best Fight Pass card to date.

Moreover, this marks a changing of the guard for the UFC. Cerrone is no longer the top draw that he used to be just a few years ago. There was a time when he headlined Fox cards, but now he is headlining a Fight Pass card against a relative unknown.

That relative unknown could possibly be the next big thing to come out of the UK. Till has every tool needed to be a successful fighter and a world champion, Saturday night will tell us everything we need to know about this young man’s future.