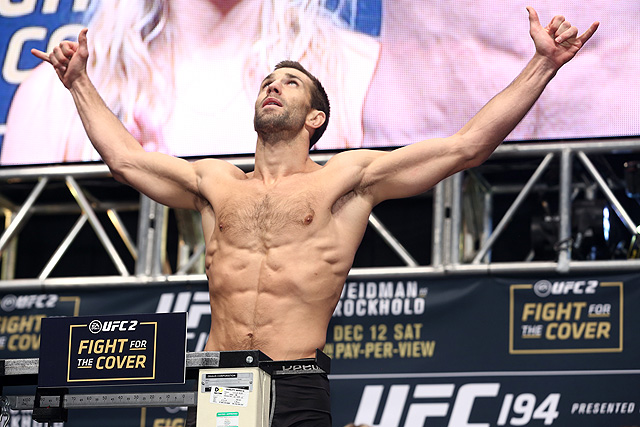 On Saturday, Sept. 16, the UFC will host UFC Fight Night 116: Rockhold vs. Branch from the PPG Paints Arena in Pittsburgh.

In the night’s main event, former middleweight champion Luke Rockhold returns to action against former two-division World Series of Fighting titleholder David Branch. Rockhold has been out of action since UFC 199, when he was violently knocked out by Michael Bisping inside the first round. The loss snapped a five-fight winning streak and forced Rockhold to relinquish his belt. Branch, meanwhile, returned to the Octagon at UFC 211 following a five-year absence. The New York-based fighter enters the contest riding an 11-fight winning streak.

The fighters will hit the scales on Friday. The results appear below.